They could at least have attempted to make it look legit...

So we’ve all been patiently waiting for Lori Loughlin and her husband to go down for paying their daughter’s way into college and the evidence does not disappoint.

Federal prosecutors released some of the documents Olivia Jade submitted to USC, allegedly to make it seem like she wanted a coveted spot on its crew team.

Get this: the documents are loaded with numerous events and some impressive finishes.Especially for someone who has never rowed crew a day in her life. 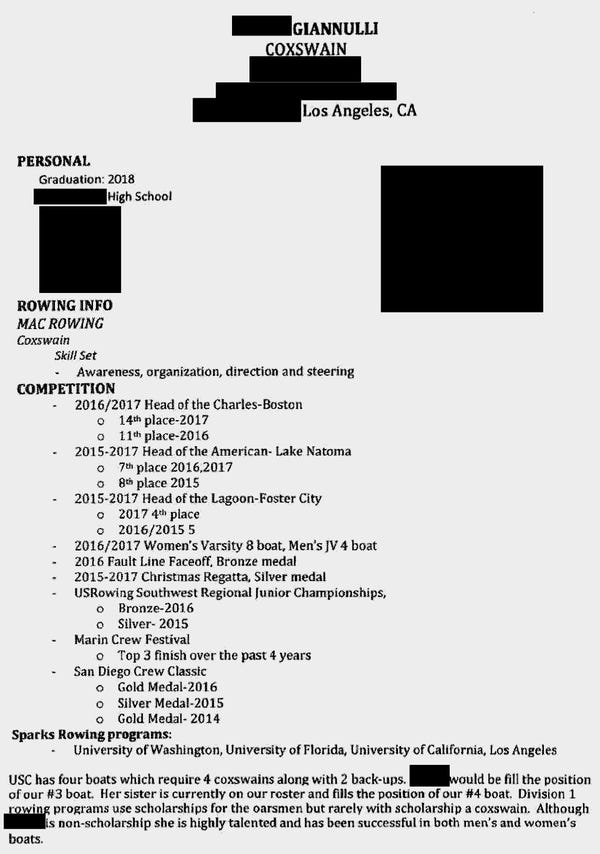 According to the docs, from 2014 to 2017 — Olivia earned two gold medals, two silvers and two bronzes for her high school team. She didn’t do so well in the prestigious Head of Charles race in Boston, though — she couldn’t be THAT good.

The feds are seemingly introducing the resume to show how extensively they believe the Giannullis lied and plotted to get their daughters into USC.

Prosecutors say USC associate athletic director Donna Heinel submitted Olivia’s rowing resume to the athletics sub-committee without referencing any donations her parents made to the university.

The feds claim this shows USC, with the exception of Heinel, was defrauded.

Lori and her husband Mossimo’s lawyers have stuck to their story saying they only submitted materials that Rick Singer asked them to and have no idea about anything else.