She Was A Stranger Who Was Drowning, He Saved Her Life And Now They Are Married

Nupur Gupta had no way to anticipate that when she stepped into the waters of the Goa beaches, her life would be thrust into peril. She had gone swimming there many times during her two-week stay in the city, but today she found herself battling a strong current that was quickly taking her further away from the shore.

Lucky for her, a Hungarian man named Atilla Bosnyak saw the distressed swimmer and made a beeline to her rescue. Despite being a skilled swimmer himself, the current proved tricky for Bosnyak.

“He came very close to me, to hold my hand and pull me out, but just about that time I was pulled in by the ocean,” Gupta shared with CNN.

He soon realized bringing them both back to shore would not be successful, so he diverted his course to a nearby rock formation where Bosnyak would attempt to climb up and signal the beach for help. But the waves were so strong they kept flinging the man against the rocks, causing many cuts and bruises in the process.

After several attempts, he finally scaled the feature and caught the attention of a life guard, who promptly initiated rescue protocols. The lifeguard went straight for Gupta, and a bleeding Bosnyak began swimming for the beach, where he collapsed in exhaustion. 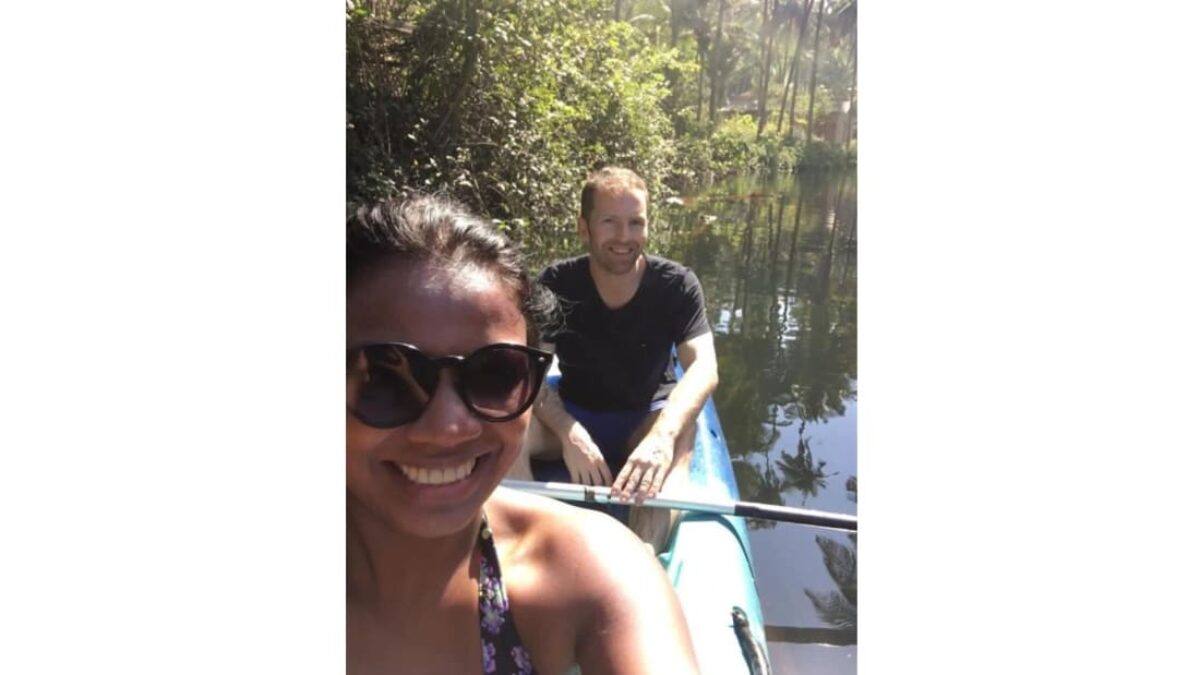 When Gupta made it back to the beach and saw the wounded condition of her rescuer, she was touched in a deep and incredible way.

“My heart sank when I saw that, because it just made me realize that what this man just did to help someone, to help me,” says Gupta.
Both revealed to the news outlet that they felt an immediate connection to each other in the moments after the rescue, and once they realized that they were both staying at the same yoga retreat (Gupta as an instructor for advanced classes, Bosnyak as a guest in the beginner classes), they cleaned up and connected later over dinner for a proper introduction.
The connection they shared was so deep that both decided to postpone their return trips home by a week in order to spend more time together. When the week was over, Atilla returned to the Netherlands where he lived for work, and Nupur returned to her home in Kerala, India. This whirlwind romance began in February 2019.
“That started really a beautiful couple of months, chatting, WhatsApping, video calling more and more,” says Bosnyak. Several months later, Bosnyak flew back to India to be with Gupta and her family as her mother underwent surgery for a recently discovered brain tumor.
His willingness to fly back out to see a woman he’s only met once, and the care and concern he expressed for her mother pretty much sealed things in Gupta’s heart. By September 2019, she was moving to the Netherlands to be with Bosnyak fulltime. 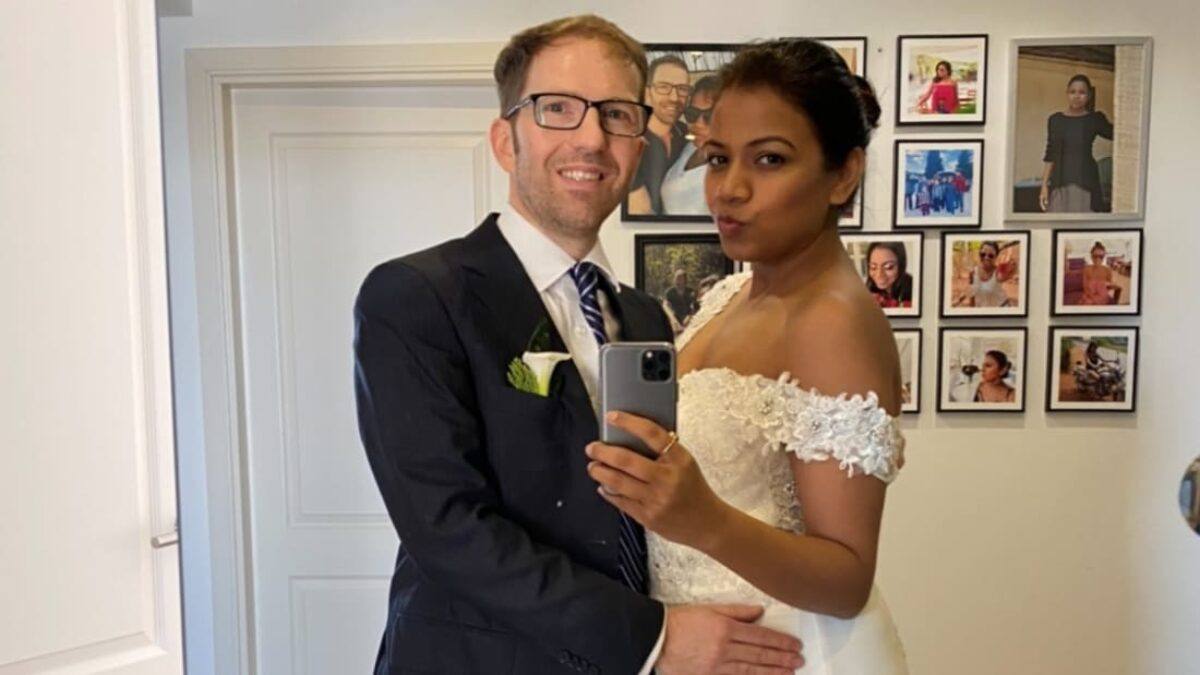 The following months were filled with overcoming their cultural differences and continuing to build their relationship. Before too long, the couple were discussing marriage. The event took place on March 21, 2020, and the newlyweds were the last to be married at the former City Hall of The Hague before the coronavirus pandemic brought all ceremonies to a halt.
While honeymoon plans had to be postponed due to the COVID shutdowns, the two have used this time to its fullest.
“It’s the acid test, I think, for a relationship,” agrees Bosnyak. “That you can live with that person for months and months and months with no events around, no places to visit, no fun activities apart from the ones you can invent inside your apartment — or during your short walks in the next one and a half, two kilometers in your neighborhood. So if you can make it, and keep on your happiness, then that relationship is rock solid.”
Recommended
Join the Discussion