His Family Fled Islamist Terrorism in Nigeria–Now, This Formerly Homeless 10 Year Old Is A Chess Master

Almost four years ago, the Adewumi family packed a few personal belongings and left their home country of Nigeria for the safety of American soil. As Christian Nigerians, the family was fleeing persecution from the Islamist terrorist organization Boko Haram, according to NPR. 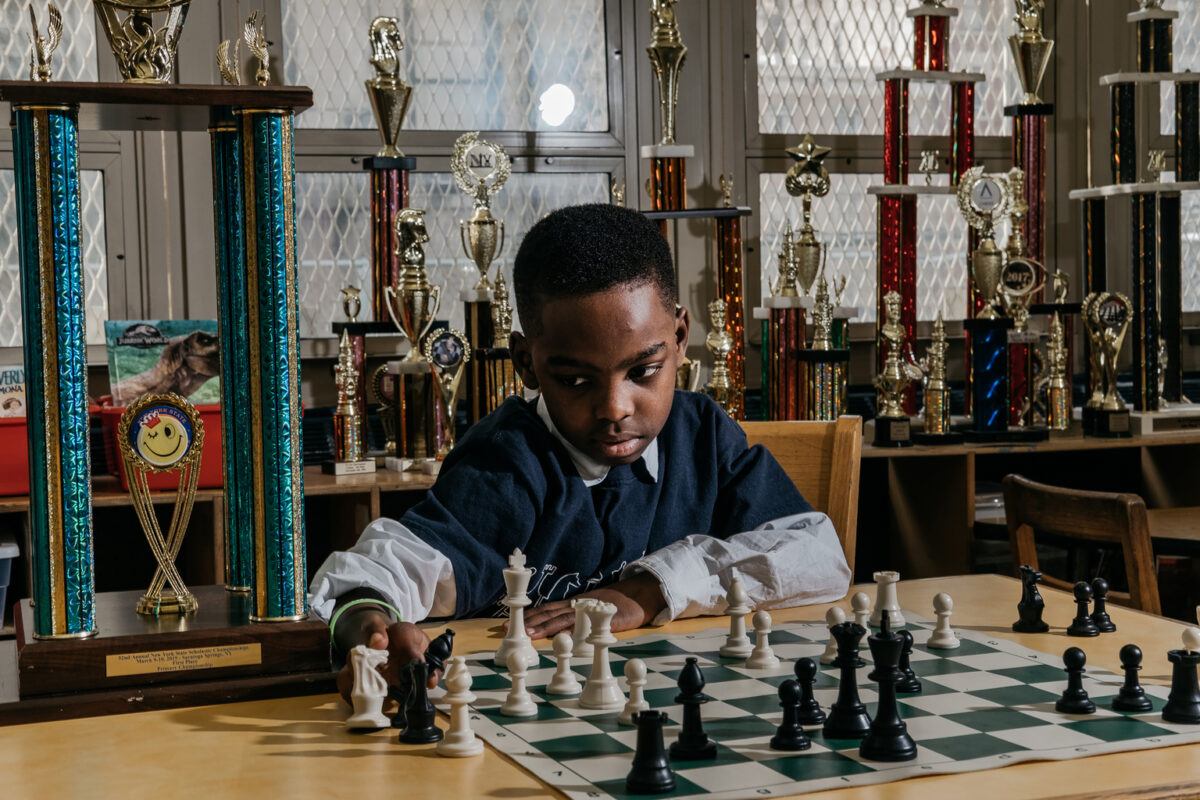 Arriving in New York, the family of four had to reside in a homeless shelter. After a local pastor helped 7 year old Tanitoluwa “Tani” register for elementary school, the boy was introduced to the game of chess.

His teacher and mentor, Russell Makofsky, helped Tani sign up for his first chess tournament, where he walked away with the lowest score out of all the competitors. But after only one year of practice, Tani came back to beat out 73 other students to take home the state k-3 championship.

The past two years have seen Tani grow his talent in the field of chess, and the now 10 year old has now become the country’s newest national chess master. On May 1, the 10 year old won all four of his matches at the Fairfield County Chess Club Championship in Conneticut, and his chess rating jumped from his initial 105 during his first ever tournament (the lowest score is 100), to 2223, making him the 28th youngest youngest person to become a chess master.

Remember Tani Adewumi, the Nigerian refugee kid I wrote about 2 years ago who won the NY State chess championship while in a homeless shelter? Now well housed (thanks to you readers!), he just won a championship and is officially a National Chess Master as a 10-yr-old 5th grader! pic.twitter.com/mbDCAGiFHb

The Adewumi family was uncertain about when they would make it out of the homeless shelter, but after a GoFundMe was set up by Tani’s teacher, an incredible $250,000 was raised for the family, finally allowing them to move out of the shelter and into a home of their own.

The family’s incredible story has been chronicled in a booked titled “My Name Is Tani . . . and I Believe in Miracles” which will be published by HarperCollins imprint W Publishing. DEADLINE reports that Paramount pictures have acquired the rights to a film adaptation of the book, which will be co-produced by Trevor Noah.

Tanitoluwa Adewumi’s success is largely due to his perseverance in adversity, and his refusal to see losing as failure.

“I say to myself that I never lose, that I only learn,” he says to NPR. “Because when you lose, you have to make a mistake to lose that game. So you learn from that mistake, and so you learn [overall]. So losing is the way of winning for yourself.”

Tani will keep working towards his goal of becoming the youngest grandmaster, a record currently held by Sergey Karjakin who achieved the title at age 12. With his outlook on life and his dedication to constantly improving himself regardless of his circumstances, the lofty goal is definitely an achievable one.