Every Day, This Second Grade Teacher Visits Her Student Who Is Battling Leukemia So He won’t Fall Behind In Class

Harrison Conner is your typical first grader in every way except one: the little boy from Pennsylvania has been battling leukemia since 2019. His teacher, Barb Heim, was the first one who noticed that something was off with the little boy.

During recess his energy levels were not what they used to be, and instead of keeping up with the other kids, he would get fatigued quickly and have to rest. Heim sent Harrison to the school nurse who was concerned enough with the child’s change in behavior to suggest his mother have him examined by his pediatrician.

This all happened shortly before Christmas break in 2019, and it wasn’t until school resumed in the spring that the Heim was notified of Harrison’s heartbreaking diagnosis.

“One of these little guys from my class walks in the doorway, makes a beeline to my desk, and says, ‘Mrs. Heim, Harrison went on a helicopter ride to the hospital,”’ Heim told TODAY.

Harrison already settled in to a routine of doing school virtually, even before the coronavirus pandemic made that a reality for the entire country. But even after his classmates returned to in-person learning last fall, Harrison’s condition meant he had to stay isolated for health purposes.

Heim knew the boy had already been feeling severely isolated, and being unable to rejoin his classmates as they all gathered in school again would be even more difficult on the second grader. So she decided that each day after she was finished at the school, she would drive the 20 minutes to Harrison’s home and personally go over the day’s assignments with him.

“It goes far beyond her just coming here for school,” Suzanne Conner told the news outlet. “Ever since the minute he was diagnosed … she has been absolutely amazing. She has kept Harrison such a part of the kids’ lives in school and making sure that he feels remembered.

“It’s not like a teacher is coming from school to teach, she’s like an aunt who is coming over to hang out, and she brings goodies, and she is always bringing a smile,” she said. “My kids will meet her at the front door with all the latest news and it’s incredibly, incredibly, special.” 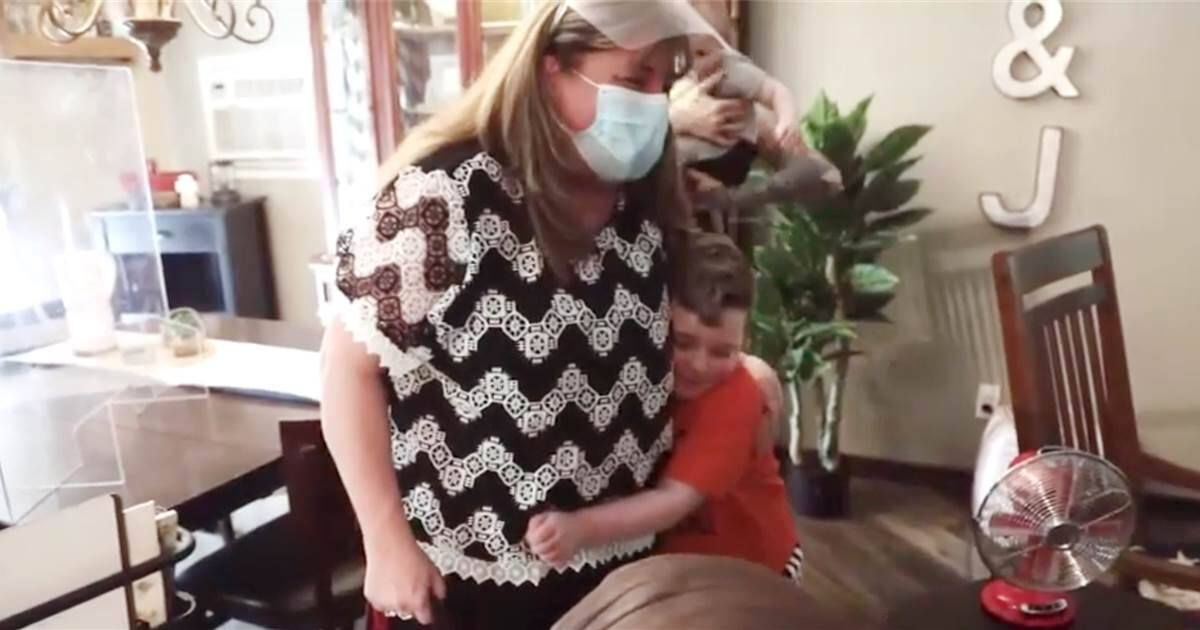 Barb Heim has been a first grade teacher for 34 years, and even though Harrison has moved out of her class, the little boy left a huge impact on her heart, prompting her to continue to invest in him. Separated by a plexiglass window and both student and teacher wearing masks, Mrs. Heim lovingly brings the classroom home to Harrison each day.

“It was a joy, because I knew he wanted to learn,” she said. “He couldn’t wait. He was so excited. And he’d have his off days if medicine was causing him to not feel up to it. It wasn’t the best day for him, but we made it through. And he always did his best.”

Harrison’s leukemia has gone into remission, but he still has at least a year and a half of treatments left before his immune system is ready to take him back to the classroom. Until that day comes, Barb Heim plans on continuing her daily visits with the little warrior.