A bizarre and highly unusual medical phenomenon called “superfetation” left one British woman pregnant with two babies, after she already found out she was pregnant with just one.

When Rebecca Roberts went to her OB/GYN appointment for her 12 week ultrasound to see her son Noah, her doctor was shocked to find a second baby growing alongside the first. Dr. David Walker is Roberts’ caregiver at Royal United Hospital in Bath commented on the surprise discovery with GOOD MORNING AMERICA:

“My initial reaction was, ‘How had I missed the second twin?’ And following this [I] was slightly relieved that it was not my mistake but a quite extraordinary pregnancy.”

What happened was after Noah was conceived, three weeks later Roberts’ body released another egg, which was also fertilized and implanted into the uterine wall next to her brother.

“It was really, really shocking to be told there were two babies instead of one,” Roberts, 39, told GMA. “Then they told me there was a three-week size difference between the two babies that the doctors couldn’t understand.”

But it wasn’t just happy news over the unexpected double blessing. Her doctors warned her that there was a good possibility the younger baby (Rosalie) would not survive.

“What came after getting pregnant was just such incredible hard work,” said Roberts to GMA. “It wasn’t all happy and rainbows like you expect a pregnancy to be. It was quite scary.” 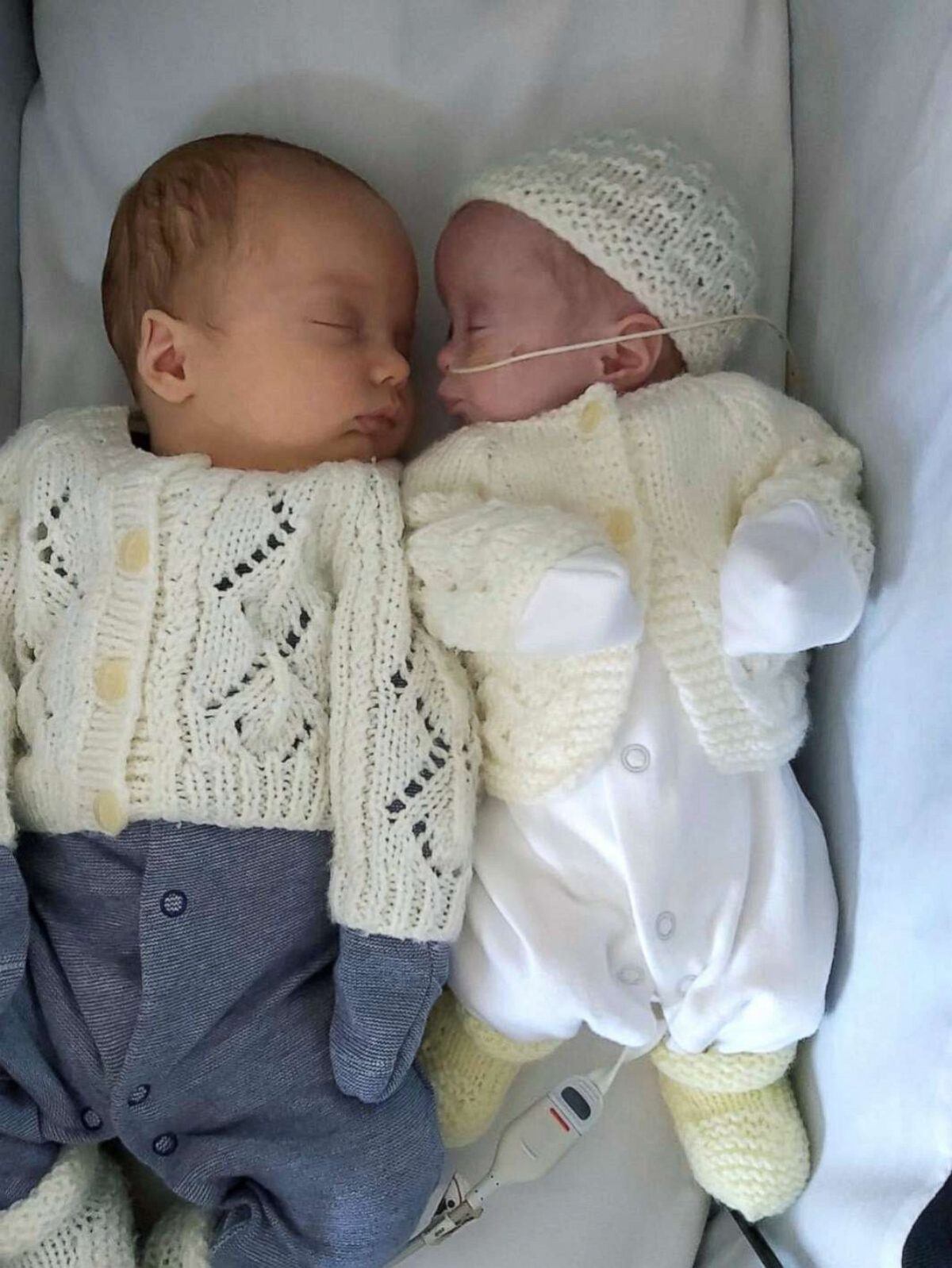 Continuing, she said “With twins it’s scary already and then because of my age and the fact that they were conceived at different points, and then we were told that all the odds were against Rosalie.”

In September of 2020 at 33 weeks gestation with Noah and 30 weeks with Rosalie, Rebecca’s doctor induced labor due to an issue with Rosalie’s umbilical cord that caused her to stop growing.

Both babies were tiny but healthy, and Rosalie spent the next 95 days in the NICU before finally getting to go home to her family just before Christmas.

Roberts said Rosalie is growing and quickly catching up to her brother, and that the babies share a noticeable bond. 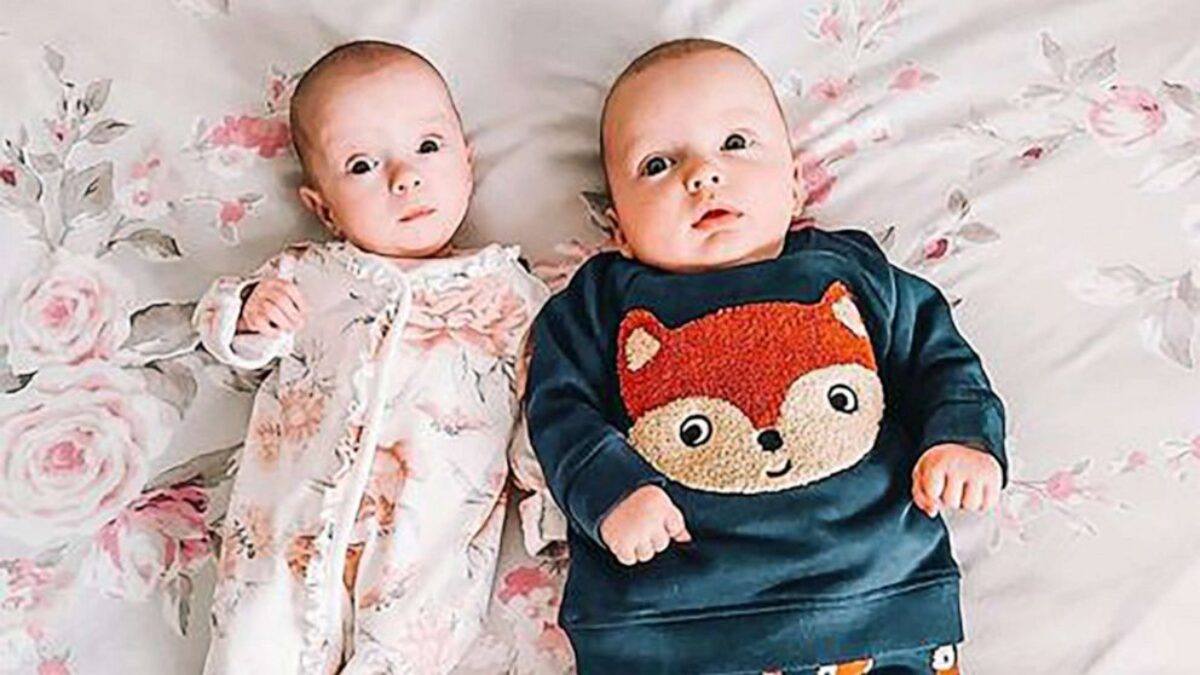 “When we lay them down next to each other, it’s like they instantly know and they reach out and touch each other’s faces and it’s just the most beautiful thing,” she said. “Twins have an amazing bond anyways but the story between these two, when they’re old enough to find out, they’ll feel even more special.”