This Woman Upcycles The 100 Million Pounds of Tires India Trashes Each Year, Turning Them Into Colorful Playgrounds For Underserved Populations

With 1.3 billion people living in India, the country already generates the most waste of any country in the entire world. 2.01 billion tonnes of waste are generated each year in India, with over 100 million pounds of that waste consisted of tires.

One architectural student with a keen eye discovered away to meet two needs at once. In 2014, the CHRISTIAN SCIENCE MONITOR reports that Pooja Rai was shocked to see the pitiful conditions at an orphanage she visited while donating food.

The children had nothing to play on or with, utilizing scraps of metal or their own clothing to create games for each other. While the children were happy, Ms. Rai couldn’t help but feel pained that these children were missing out on an important developmental part of childhood that their rich counterparts could partake in.

“We live in a world where play, such an essential part of growing up, is now viewed as a luxury and even thought of as unnecessary,” she said.

Rai got busy brainstorming and within a year, had come with the idea to utilize the many tires discarded in India, and turn them into play structures for poor children. In 2016, she founded her non-profit organization called Anthill, and has built 275 playgrounds for schools, orphanages, refugee camps, and communities across the country. 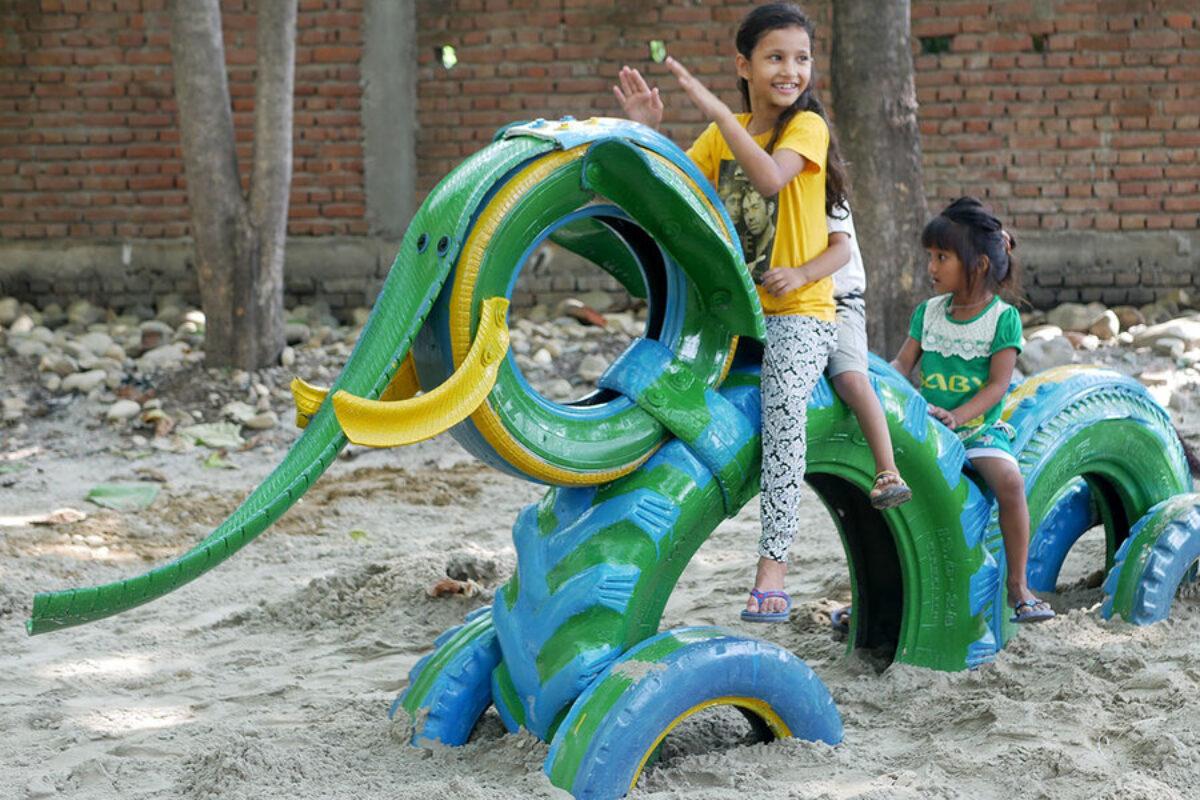 “Our work always begins with a series of conversations with kids about what they want from this space. Animal designs are popular in smaller villages – they prefer tire octopuses, elephants, and horses. In a coastal village, the team fashioned an entire ship from tires. Children living closer to cities tend to go for cars, bridges, and tunnels,” Pooja said.

Most of the structures are paid for through charitable donations, largely due to India being the first country in the world to mandate that corporations must donate a portion of their profits to charity each year.

Anthill now consists of an army of over 800 volunteers who handle everything from gathering and cleaning the tires, to building the structures. Volunteer Vikas Keshri shared:

“It has been a really gratifying and joyful experience to be part of Anthill Creations and to bring smiles and play to thousands of kids.”

Anthill’s services have been especially critical during the coronavirus pandemic, as parents have struggled to keep children engaged while schools have been shut down.

“We often forget how vulnerable these growing years can be,” Rai told CSM. “The right to play should be considered critical to a child’s cognitive growth, physical, and emotional well-being—we believe that it is indeed a basic human right.”