After The Tragic Death Of A Navy Flight Surgeon, The Recipient Of His Heart Rode 1,426 Miles On Bike To Meet His Parents At His Graveside

On February 28, 2018, Navy flight surgeon James Mazzuchelli was fatally injured in a training exercise involving a helicopter at camp Pendleton, California. After receiving the call every mother dreads, James’s mother Christine Cheers and his stepfather, David, immediately boarded the next flight out of Jacksonville, Florida. 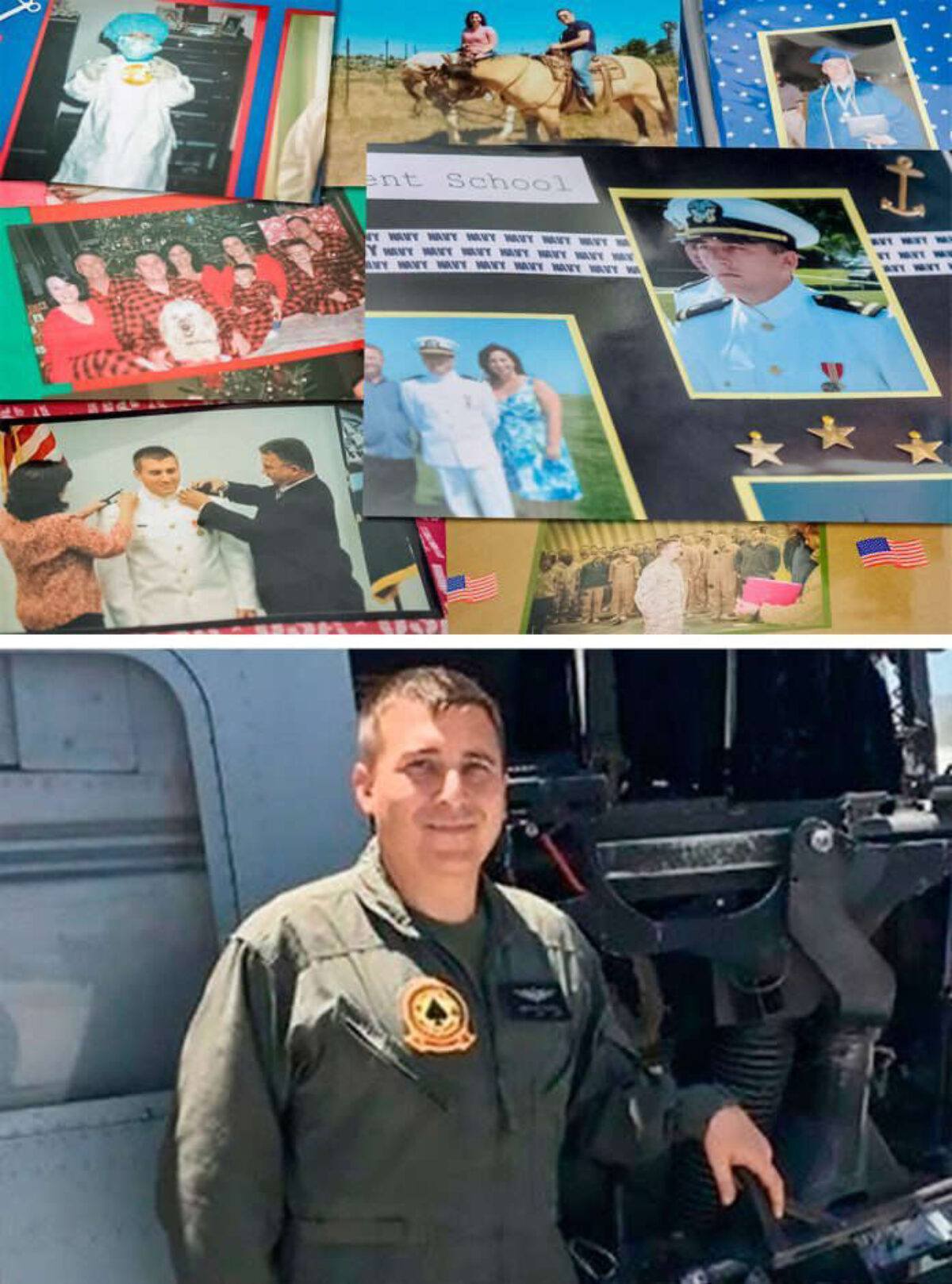 The scene they arrived to was heartbreaking. Christine’s vibrant, athletic son was lying unconscious in his hospital bed. Machines were hooked up to James, keeping his body alive. But his doctors told Christine her son would never wake from this sleep or breath on his own. This was the life 32-year-old James would know from this point forward.

So Christine decided to honor the service-mindedness of her son by donating his organs. As many as the hospital could use. She was not going to allow his untimely death be in vain, especially when her son had dedicated his life to saving others.

The couple sat at the hospital and watched as ice chests containing their son’s organs were rushed out of the operating room to awaiting recipients across the country.

When it came time to remove James’s heart, that was the organ she cared about the most. She hoped and prayed it went to a worthy recipient–to someone who matched her son’s vitality for life and love for others.

As she watched the last piece of her son be shuttled off to a complete stranger, the grief hit her even harder. Most days she was so overcome by the grieving process, she could barely get out of bed. She eventually realized that the only way she would begin to heal is if she knew the recipients of her son’s organs were doing well.

She had learned the names of four of the recipients, so she carefully set out to pen a heartfelt letter to each, sharing about her son and hoping that by learning about him, the recipients’ would feel a closeness to him as well.

At 18 years old, Mike Cohen had been diagnosed with an aggressive leukemia. Unfortunately, the treatment protocol caused severe damage to his heart, and he ended up with a left ventricular assist device (LVAD). The device would pump blood for Mike’s heart, but it required a constant electrical connection.

Before his heart issues, Mike was extremely active, especially in long-distance bike riding. But after this implant, his active days came to an immediate halt. Mike was now confined to his house, too scared to use portable battery packs incase it accidentally became unplugged.

Six months after the surgery, doctors told Mike he was in heart failure and without a transplant, he would die. This was in February 2018, and on the 24th of that month, his doctors told him he had been matched with a heart.

Cohen shared with READERS DIGEST that he immediately felt a change in his health after he woke from surgery.  “The old heart was like a two. With the LVAD my energy was like a five,” he says. “This heart is a ten.” 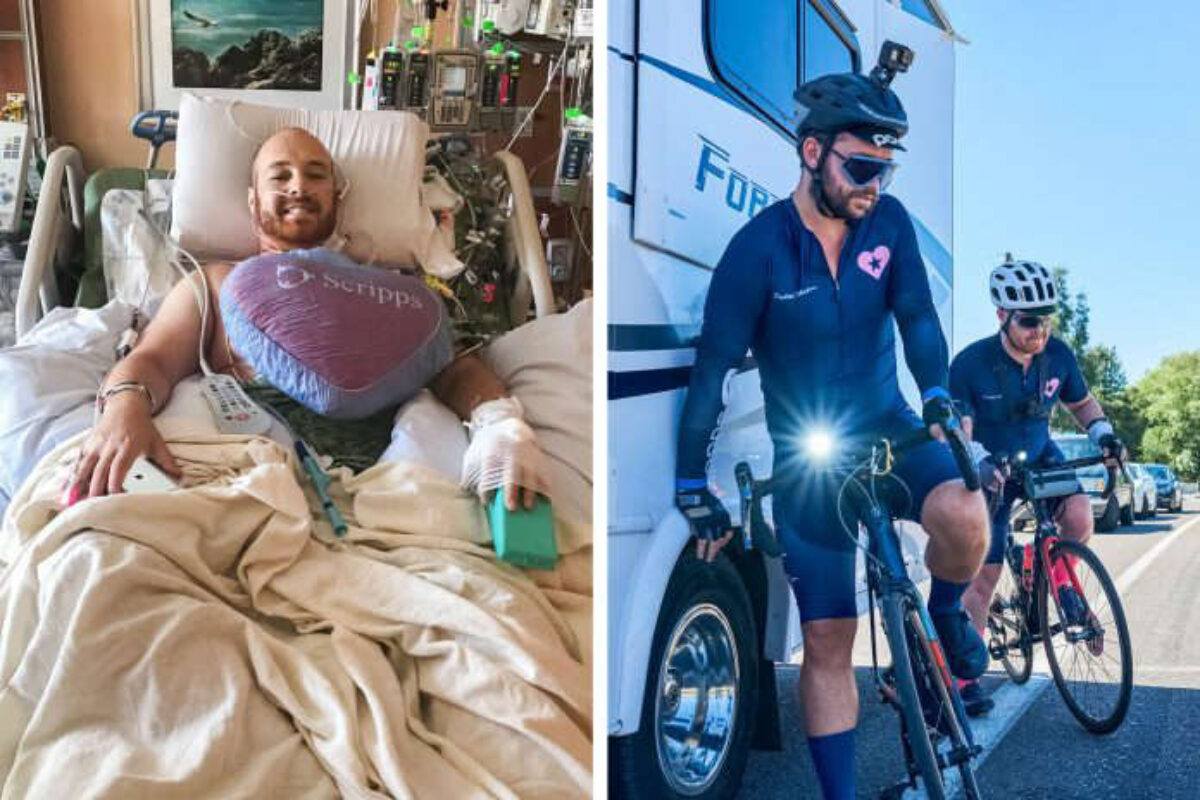 Mike Cohen had received James’s heart, and two months after the transplant, the donor organization informed him a letter had been sent to him by his donor family.

As he read the words from Christine, Mike developed a new appreciation for the man who gave him a second chance at life. It amazed him to know they had many similarities. Most significantly was the fact that James was 32 on the day of the accident–February 18–which happened to be Mike’s 33rd birthday.

Through the letter Mike learned that James was buried in Jacksonville, and he determined to honor his adventurous donor by strengthening himself in order to perform a cross-country bike ride from San Diego to James’s gravesite in Florida.

He penned a heartfelt letter back to Christine, sharing his plans to travel to her son’s burial site to say “thank you” for his gift. Christine and David decided they would meet Mike there.

On November 20, 2019, Mike and his travel companions peddled the final miles to the cemetery where James was laid to rest. As he drew closer to the gravesite, he became more and more nervous. “It’s just such an intense moment to share with someone I’ve never met,” he said.”

But as Mike arrived at the head stone and saw the couple standing there, he immediately embraced Christine, and the tears started dripping for both. Mike provided a stethoscope, and as Christine held it to Mike’s chest, she heard her son, living on in a worthy recipient.