When 2-year-old Scarlette Tipton was born, she had a noticeable physical malformation. Her left arm was considerably larger than her right. It turned out that Scarlette was born with an extremely aggressive form of cancer that was localized in her left arm, and her doctors recommended a complete amputation.

“We had to travel to Minnesota to the Mayo Clinic to do the surgery, because they were the only doctors qualified for such an extensive surgery. She was 10 months old when they took her arm, shoulder, scapula, clavicle and all the surrounding skin and tissue,” mom Simone Tipton shared with TODAY. 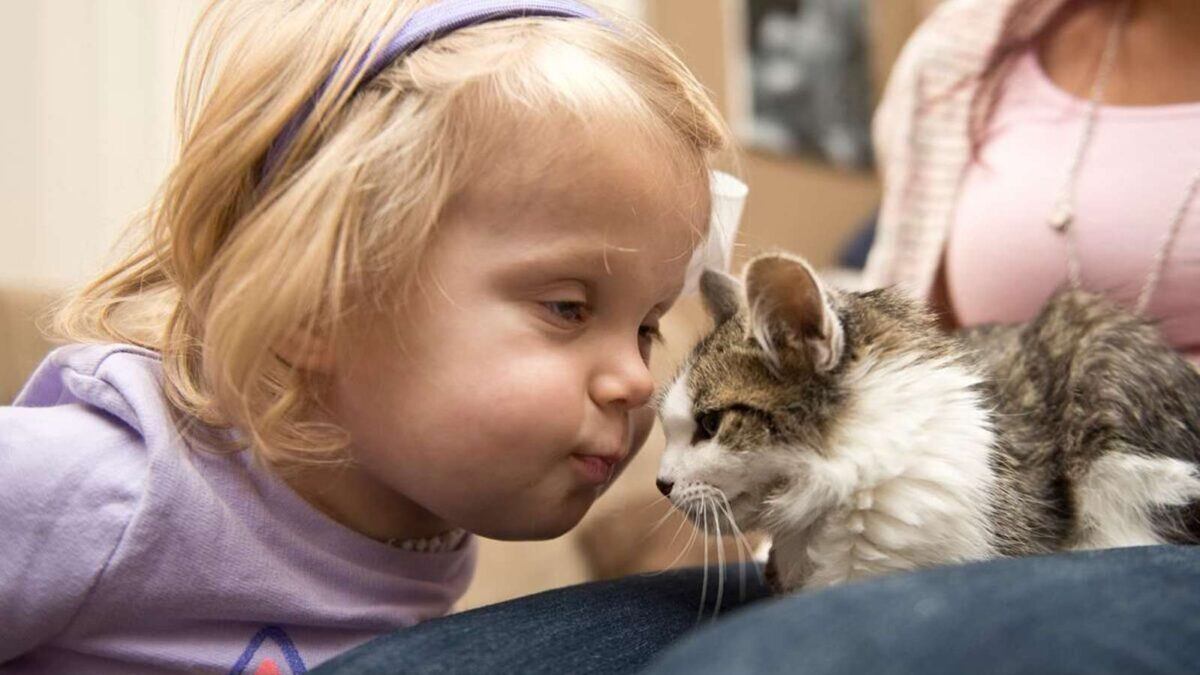 After Scarlette’s amputation, parents Matt and Simone began talking about adopting a pet that was also missing a limb so that their daughter could have a friend who was just like her.

When the Tipton’s heard about a 3-month-old kitten named Doc who lost her front leg, they knew they had found that pet. They called the shelter but was told that Doc was still recovering from her injury and amputation, and was not yet ready for adoption.

The shelter Doc was being cared for at was two hours away, but the Tipton’s immediately hopped in the car and headed to make a plea for the kitten before anyone else could jump ahead in line.

“On the day we met Doc for the first time, Scarlette noticed the staples and drain tube in her side and touched her gently and said, ‘Owies?’ I said, ‘Yes, she has owies just like you do,’” said Simone Tipton. 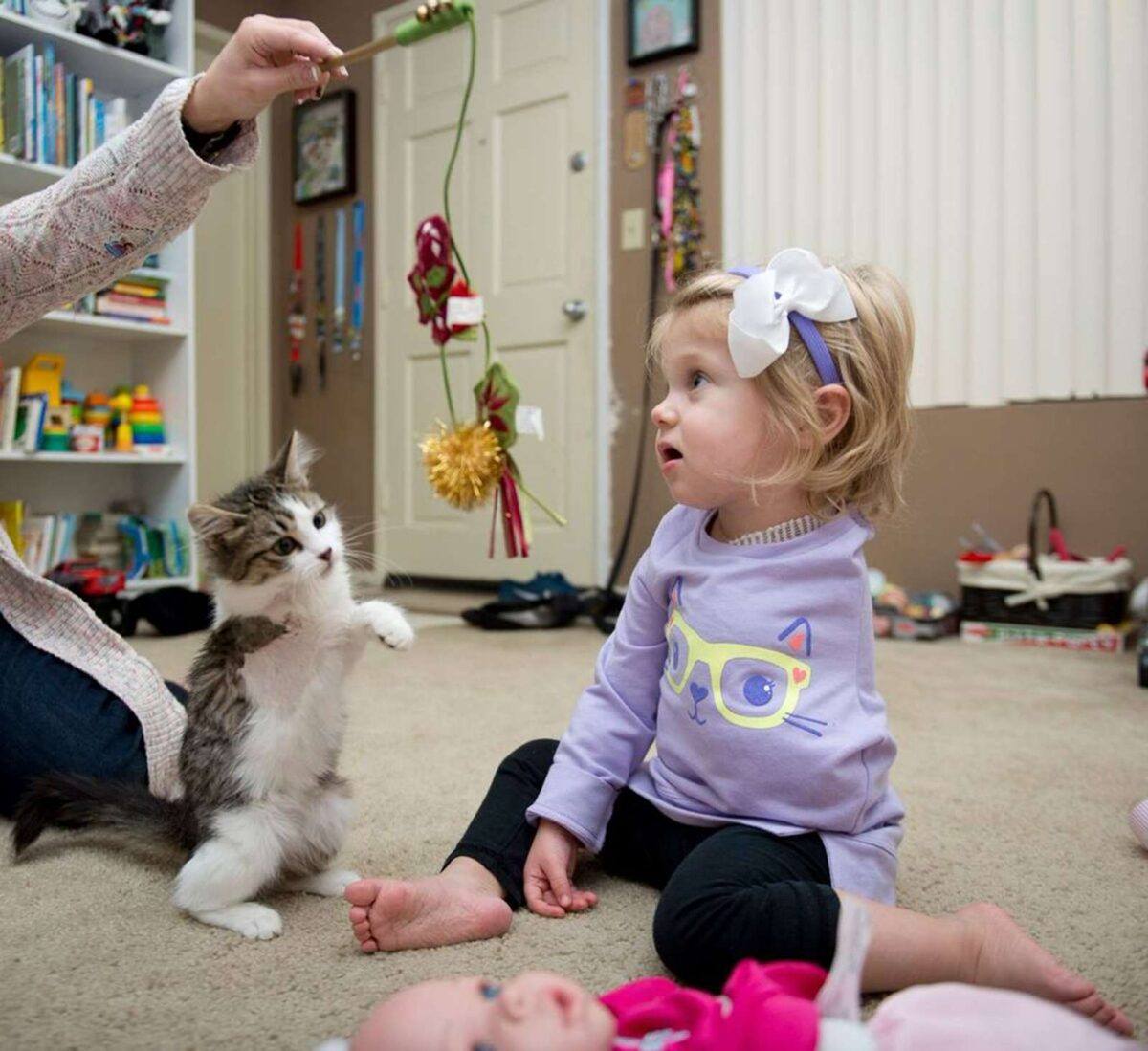 “She placed her hand on her own amputated side and just nodded. She knows, despite her young age, that this particular cat is special to her,” she added.

The family could not be happier with how Doc has settled into life at her new home, and is well taken care of by Scarlette and big brother Kayden (3).

“Doc is just as adventurous as Scarlette, and every day it continues to be a perfect match all over again,” Tipton told TODAY PARENTS. “We wanted to find a companion for Scarlette so she could grow up with someone similar to herself — not only so she can see that she’s not the only one, but so she can grow stronger and learn how to cope just like her kitten does.” 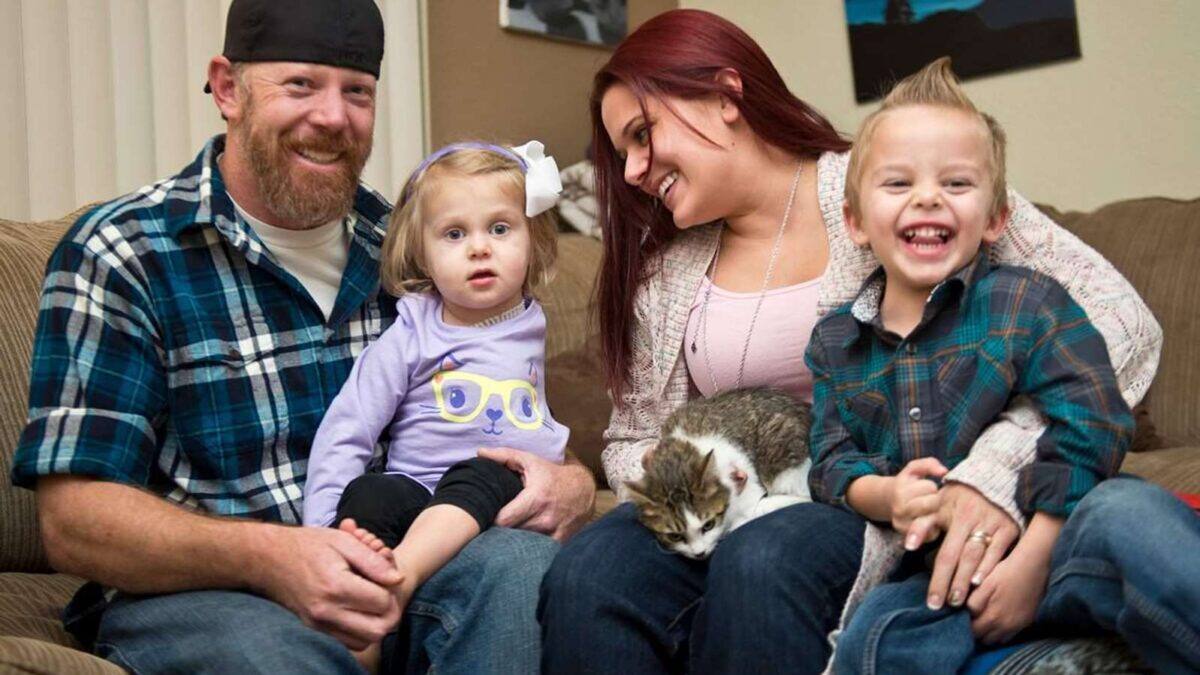