A nighttime home invasion had a safe and happy ending thanks to the protective action of a family dog. When Thong Pham entered the Newsom family home in Wylie, TX, on Friday morning, he didn’t anticipate going toe-to-toe with the family’s 8-year-old dog, Marley.

Footage from various neighbor’s security cameras show 53-year-old Pham wandering through the neighborhood, trying to break into vehicles, with one video showing him stealing pool noodles out of a family’s swimming pool.

It is unclear whether there was rhyme or reason to Pham’s burglary spree that evening, but the Newsom family is certain the outcome for them would have been drastically different without Marley.

As Amber and Taylor Newsom were preparing for bed, they heard Marley making a ruckus. They went to check on the pup and initially couldn’t see what the commotion was all about due to the darkness. Amber Newsom explains to local Fox affiliate KDFM how they discovered Pham was in their home:

“Well, it was pitch black, so we couldn’t see anything, only could hear Marley. And once he flipped the hall light on, we realized that the guy was holed up in the corner trying to hide.”

Amber immediately ran to protect her daughters, Finley (6) and Amber (4) who were in their beds and call 911. Taylor got busy aiding Marley in evacuating the intruder–who he soon discovered was holding a knife–out of their home. 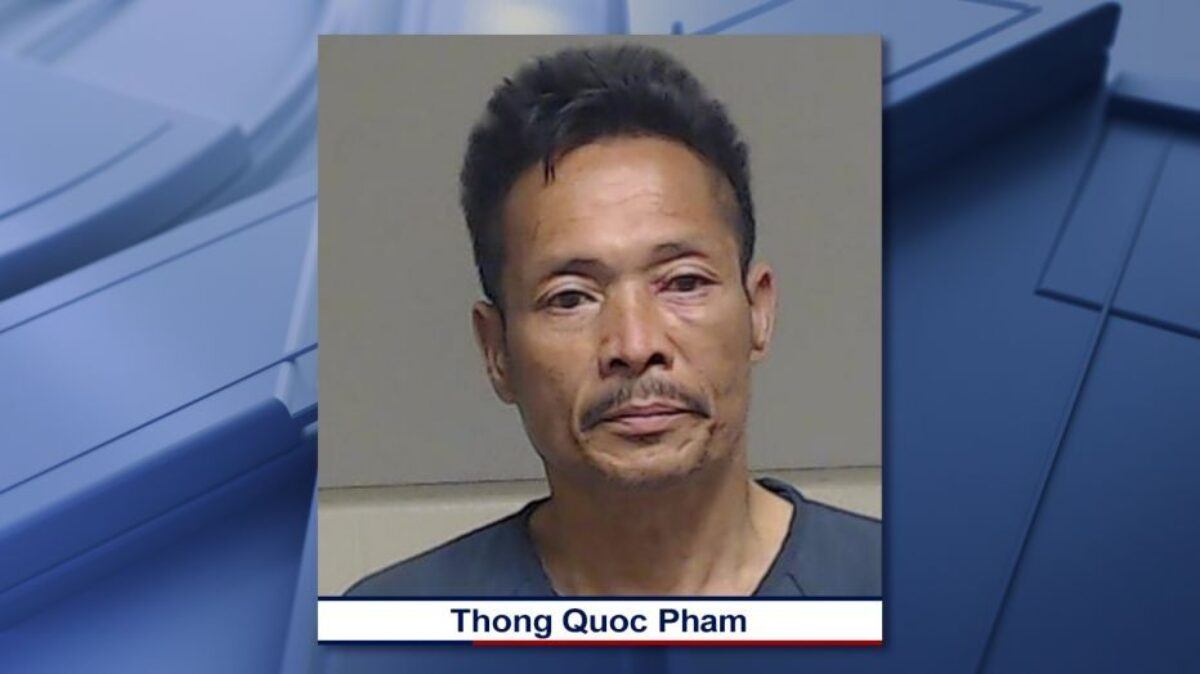 Marley had already been stabbed by Pham’s blade, and as Taylor moved in to help the dog, he received a huge cut on his arm.

The family believes that Pham entered through their back door, which they had left unlocked, and they tried to escape through the front once he encountered Marley. Finding the front door locked and Marley viciously confronting him, Pham ended up trapped in a corner of the house.

“When he realized that the two girls were in the house. That’s when he kind of backed up and started running,” Amber said.

Police arrived on the scene and eventually found Pham hiding by a nearby creek. He’s been arrested and charged with aggravated assault with a deadly weapon and cruelty to an animal. He has previous charges of assault and burglary.

They family is currently staying with relatives while they all recover from the traumatic experience, and clean up their home after the invasion. The Newsom children are having an especially difficult time forgetting the events of that night, which they witnessed.

Due to the knife attacks, their home was covered in blood, requiring the family to dispose of several pieces of furniture and they are having to repaint some walls.

“So we’ve got a lot to think about and a lot to do before we’re comfortable going back to our own home,” they explained.