One sweet pup from California is getting a new lease on life after being surrendered to a high-kill animal shelter due to having a severely deformed face.

Picasso is 4-years-old and was born with a condition called wry mouth, which cases the jaw to grow disproportionately. The condition is harmless, but does tend to make an inflicted pet more difficult to place. 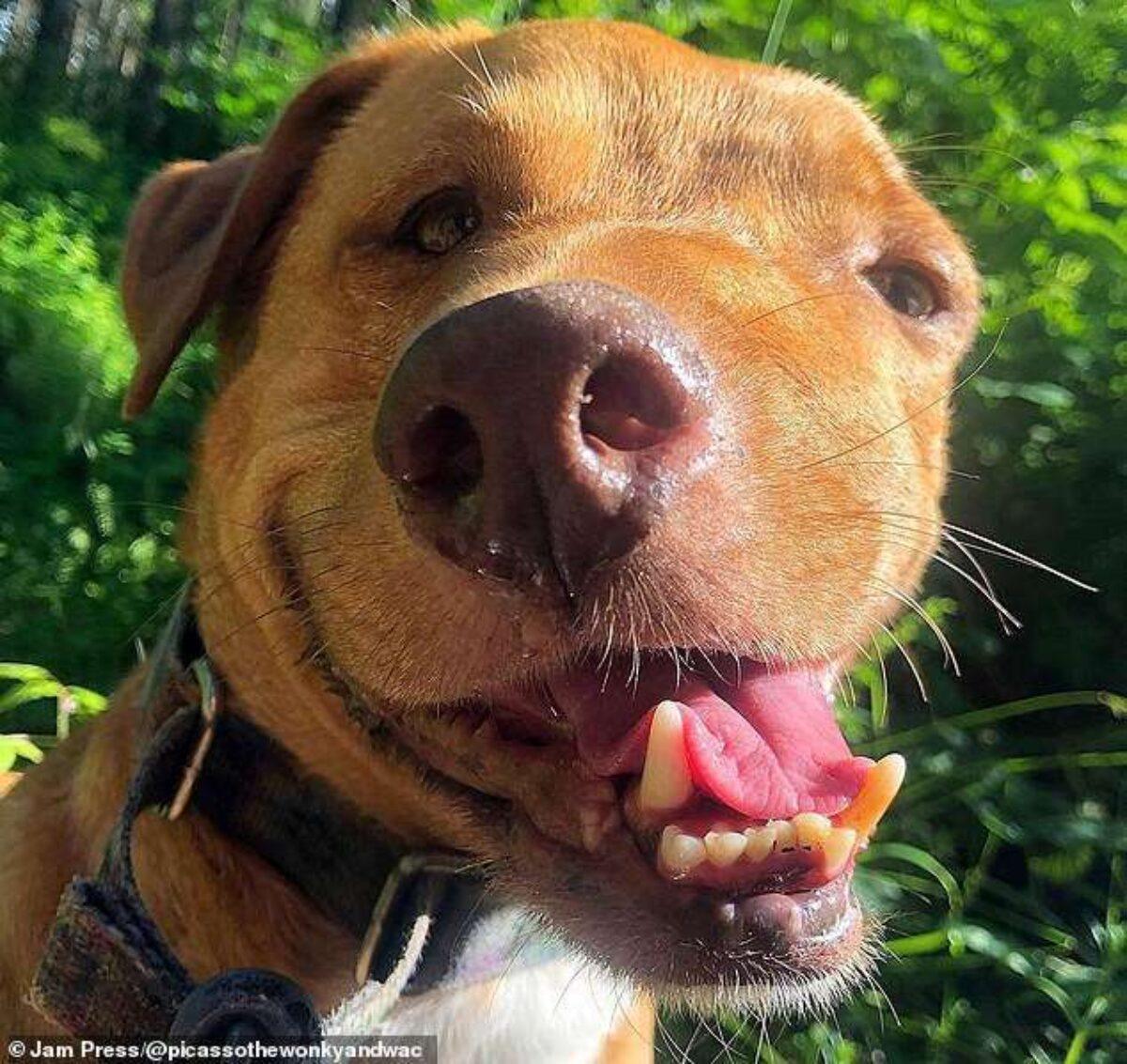 Picasso was set to be euthanized due to the shelter being overcrowded, but a kind-hearted woman from Eugene, Ohio, stepped up big time for the pup and his brother, Pablo.

Liesel Welhart runs a rescue that takes in unwanted animals, and the DAILY MAIL reports that when she saw Picasso’s “wonky face,”  she immediately fell in love and committed to adopting both Picasso and Pablo.

“They were both the sweetest, most loving boys and they were totally bonded to one another, and joined at the hip. I swore I would never separate them, and planned to adopt them to a home together,” she said.

Welhart said Picasso’s deformity has not impeded his ability to have fun and behave like any other normal dog.

“Thankfully, his condition is just cosmetic and he doesn’t need any kind of corrective surgery, all we had to do was remove a top canine that was digging into the bottom of his mouth, due to the misalignment. Otherwise, he is a very normal and happy pup.”

Not only were the pups about to start living their best lives, but Picasso also picked up a new best friend on the way in the form of a pot bellied pig named Pax.

Luvable is a 55-acre refuge where Welhart cares for a plethora of other animals, from chickens to several other pigs like Pax. 57-year-old Welhart rescues these animals and cares for them until they can placed in forever homes.

But many of her rescues become permanent fixtures at Luvable–Welhart has personally adopted ten dogs in addition to Pax the pig. Picasso’s bond with Pax helped him through a very difficult time, when his brother Pablo died unexpectedly from a brain aneurism.

“Picasso went through a depression after we lost his brother but we got through it, and he’s has accomplished a lot since his rescue. Picasso befriended our rescued baby Pot Belly pig, Pax, and they have a close bond” Liesel shared.

As Welhart began posting video’s of Picasso to her rescue’s website, the pups unusual mug garnered a ton of attention. As a result, she created an Instagram account for where she posts pictures and videos of the dog for all his fans to easily access.

Liesel Welhart is a truly unique woman who has devoted her life to caring for and loving pets who have  been deemed unlovable by either their owners or society.

Many of the animals she rescues have serious health issues that require medication or expensive surgeries, all of which Welhart pays for out of pocket. Even with the six employees she has hired, life at Luvable is a full time job.

“Life for me at my animal shelter is just that – a life, and a lifestyle. It isn’t a job for me, it is how I live. There is no time off and no possibility of a vacation. It’s a crazy life, but I love it.”