It was a unique proposal for one New York couple, occurring in the neonatal intensive care unit at New York City Hospital. 10-month-old Morgan Kennedy has called the NICU home since her premature birth in April 2020, and she stood by as witness when her father, Teon Kennedy proposed to her mother, Martine Drouillard.

Hospital staff assisted Kennedy in arranging the proposal, which they captured on video and shared in an Instagram post saying:

“The Perfect Proposal: A Valentine’s Day Surprise in the NICU. In the spring of 2020, Teon Kennedy had big plans: he was going to surprise his girlfriend, Martine Drouillard, by proposing at her baby shower. But life quickly changed for the couple. As the first surge of #COVID19 was overwhelming #NewYork, Martine learned that she would have to deliver the baby early due to preeclampsia and severe HELLP syndrome.”

The post was shared just one day ago and has already been viewed over 24,000 times. Kennedy had planned to propose in the Spring but Morgan’s early birth at just 25 weeks gestation meant the couple’s time and attention would be fully focused on their daughter as she fought for her life. After several surgeries and procedures for her brain and lungs, Morgan was finally out of immediate danger and was making such great progress and dad felt like it was finally the right time to shift some focus to mom, Martine. 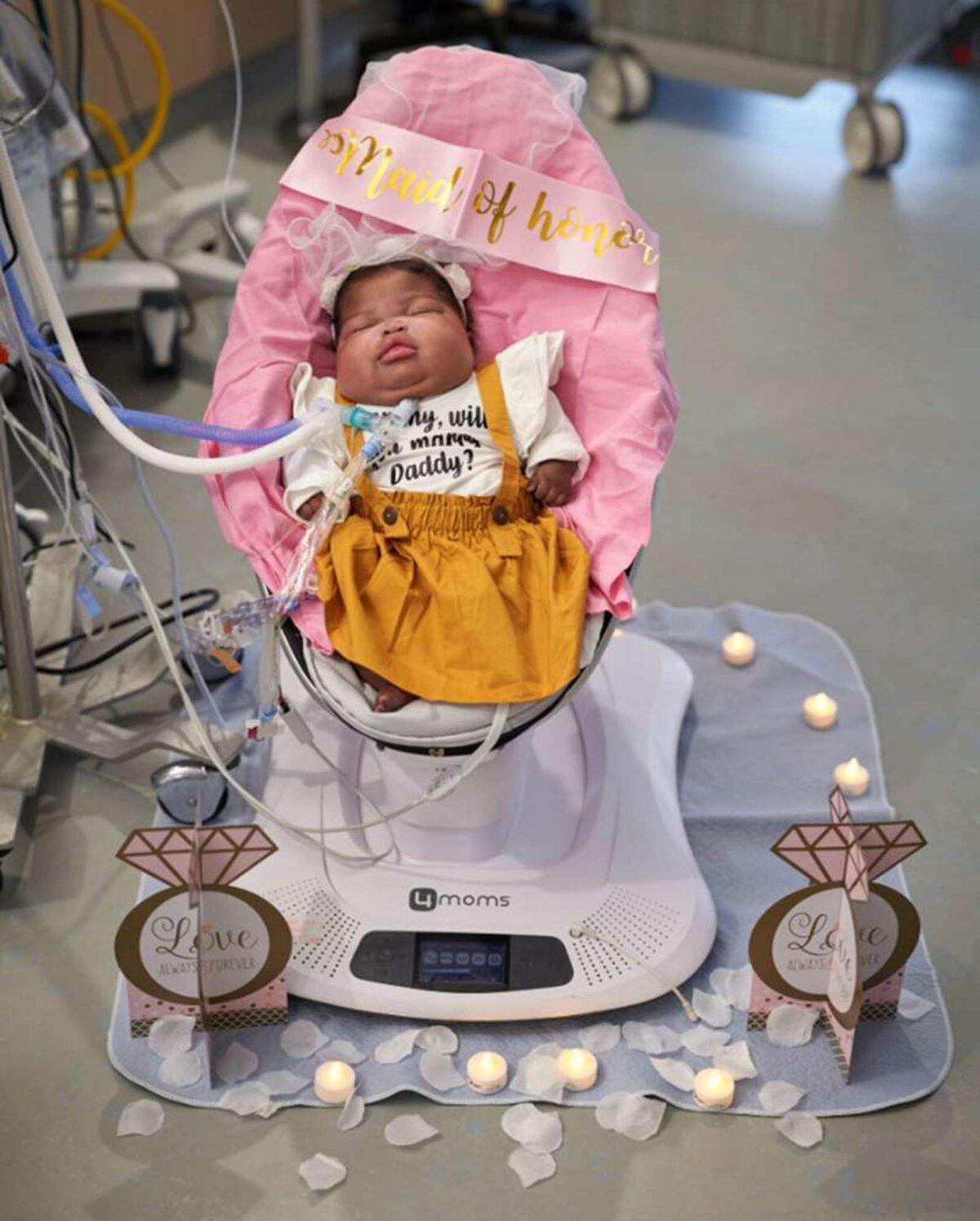 The couple had grown close to the staff who so carefully watched over their daughter for almost a year, and so Teon enlisted their help in planning the surprise proposal. They worked together to decorate the room and get their extended family and friends on standby for a Zoom call so they could all be part of the exciting moment. 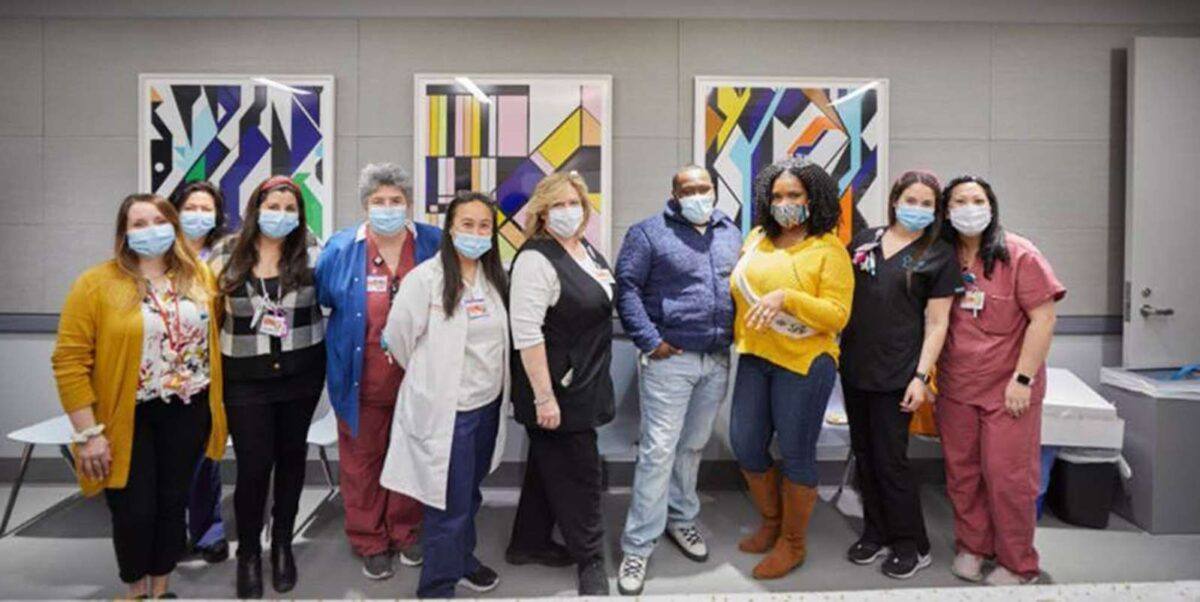 Kennedy had a staff member read a beautiful love letter he had penned to his now bride-to-be, while baby Morgan watched on in a dress her dad bought for her that read “Mommy, will you marry daddy?”

Part of the surprise was having a doctor tell the couple there was an important meeting at the hospital that they needed to be dressed up for. But as she rounded the corner, she was met by a red carpet sprinkled with rose petals. As they made it into Morgan’s room, Kennedy dropped to one knee and popped the question, to which Drouillard enthusiastically accepted.

“I’m happy, I’m excited, I’m surprised, I’m overwhelmed,” TODAY reports Drouillard said. “I don’t even know how to describe the feeling. Forever just started. We have a beautiful baby. We were always going to plan a future and a family for us, but now it’s official.”