An unusual and harsh winter storm has pummeled the state of Texas this week, leaving residents without power, water, and struggling to stay warm in temperatures that are well below freezing, at times dropping below zero.  The cold weather has taken a deadly toll on the wildlife and other animals in the state as well, with one animal sanctuary losing a dozen animals amid the freezing weather and power outages, include a 58-year-old chimpanzee. 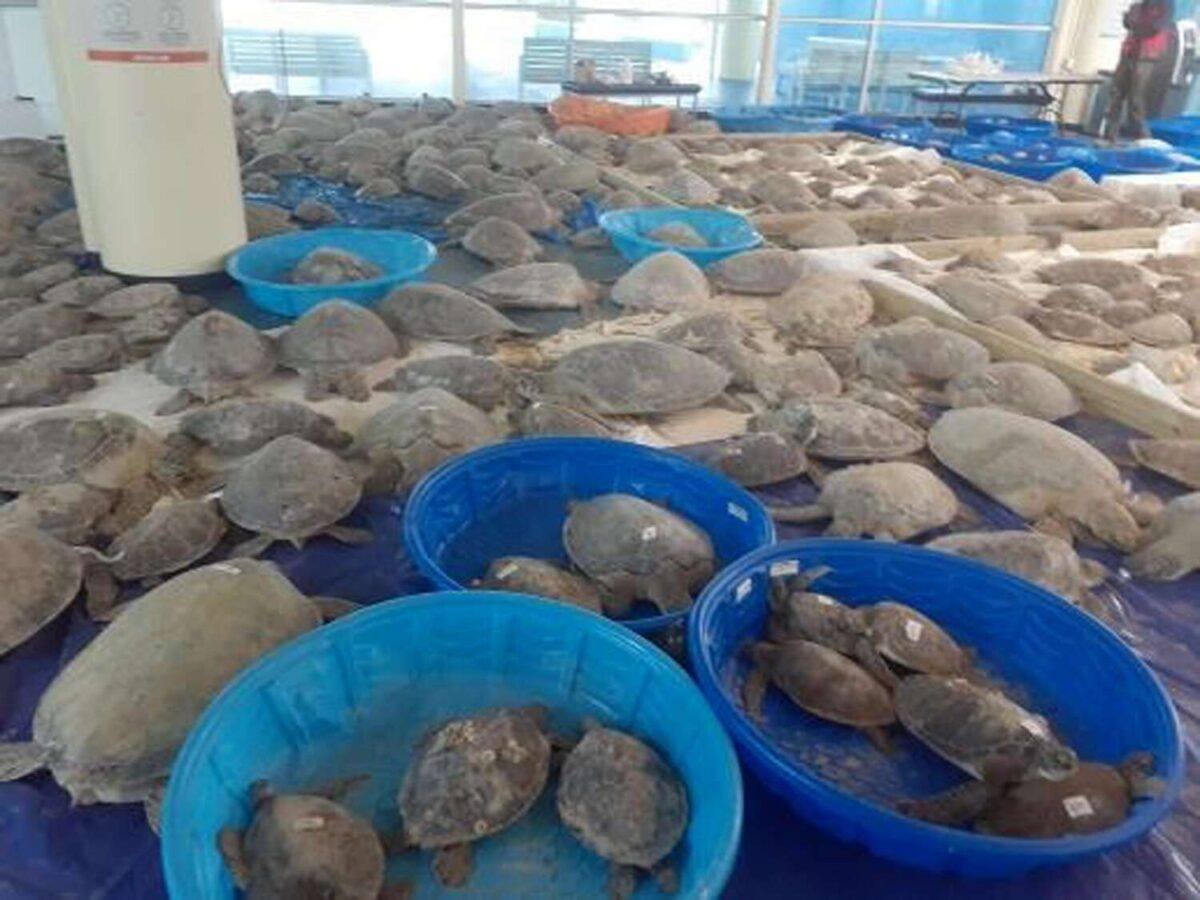 One animal population that has been hit especially hard by the severe drop in temperature has been sea turtles. Over this past week, a team of volunteers organized by Sea Turtle Inc. have worked tirelessly to rescue over 4,000 sea turtles, who cannot survive in freezing temperatures. Workers have been scouring the beaches looking for turtles who are suffering from a condition that limits their mobility called “cold-stun.”

The conservation group’s facility on South Padre Island quickly reached capacity, so they diverted the rescued turtles to the city’s convention center. The group’s director, Wendy Knight, told CBS that SpaceX has generously donated a generator to the group so their main facility can have their power restored and be able to heat waters for the turtles, but the convention center is still without heat and power.

“Thank you to everyone who has been delivering sea turtles to us today!” Sea Turtle Inc. said in a statement on Facebook earlier this week. “This is the biggest sea turtle cold-stunned event in south Texas and we are overly grateful for the support. All your donations are helping us pull through… A great effort by everyone. A million thanks and a lot more turtle hugs!!”

My mom is retired, & she spends her winters volunteering at a sea turtle rescue center in south Texas. The cold snap is stunning the local turtles & they’re doing a lot of rescues. She sent me this photo today of the back of her Subaru. It’s *literally* turtles all the way down. pic.twitter.com/xaDRNjLDoQ

As Sea Turtle Inc’s power has remained off for the past three three days, they have completely lost usage of their 10 heaters and coolers, which will cost thousands of dollars to replace. As hundreds of turtles continue to be rescued each day, the group is desperately hoping power will be restored soon. Thankfully, donations have been coming in which will help cover the cost of caring for the turtles as they take time to recover from the trauma they’ve undergone.

If you would like to donate directly to Sea Turtle Inc, you can do so by clicking here. If you are in the south Texas region and have rescued any sea turtles, please call the organization’s emergency line at 956-243-4361.