On Valentine’s Day, Karen and Robert Autenrieth received a special gift they couldn’t have began to anticipate. Inside a carefully wrapped box, the couple who have been married for 55 years found Karen’s wedding ring which had been lost over 50 years ago. 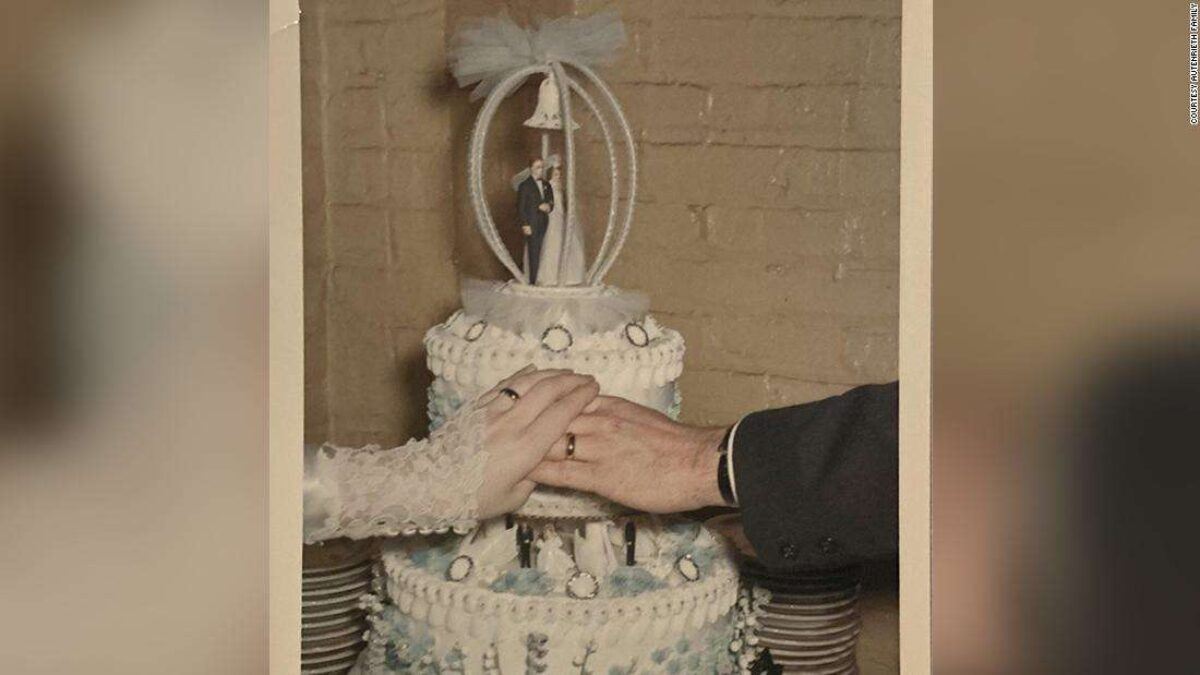 The loss happened in the winter of 1973 when Karen was packing up her kids to leave her grandmother’s house. Speaking to the CHICAGO TRIBUNE, Karen shares her memory of the moment she lost the ring:

“It was very cold and the snow plows had plowed the snow up onto the curbs. I had parked my car in front of my grandmother’s house and I was climbing over mounds of snow, helping each kid get into the car. My hands were cold — I didn’t have mittens on — and my ring just flew into the snow.”

Karen searched and searched but was unable to find the ring. She ultimately accepted it was lost forever and Robert bought her a replacement. Fast forward 50 years back to Chicago, where a man who had lost his wedding ring posted about it on Facebook asking the public for help in recovering it.

In the comments section of the post, a woman named Sarah Batka, who now lives in Karen’s grandparents old home, said she found a gold wedding ring about 7 or 8 years ago while she was gardening. Her discovery prompted a hunt for the owner, and local Chicago historians Carol Flynn and Linda Lamberty were determined to reunite the ring with the owner or the owner’s family. 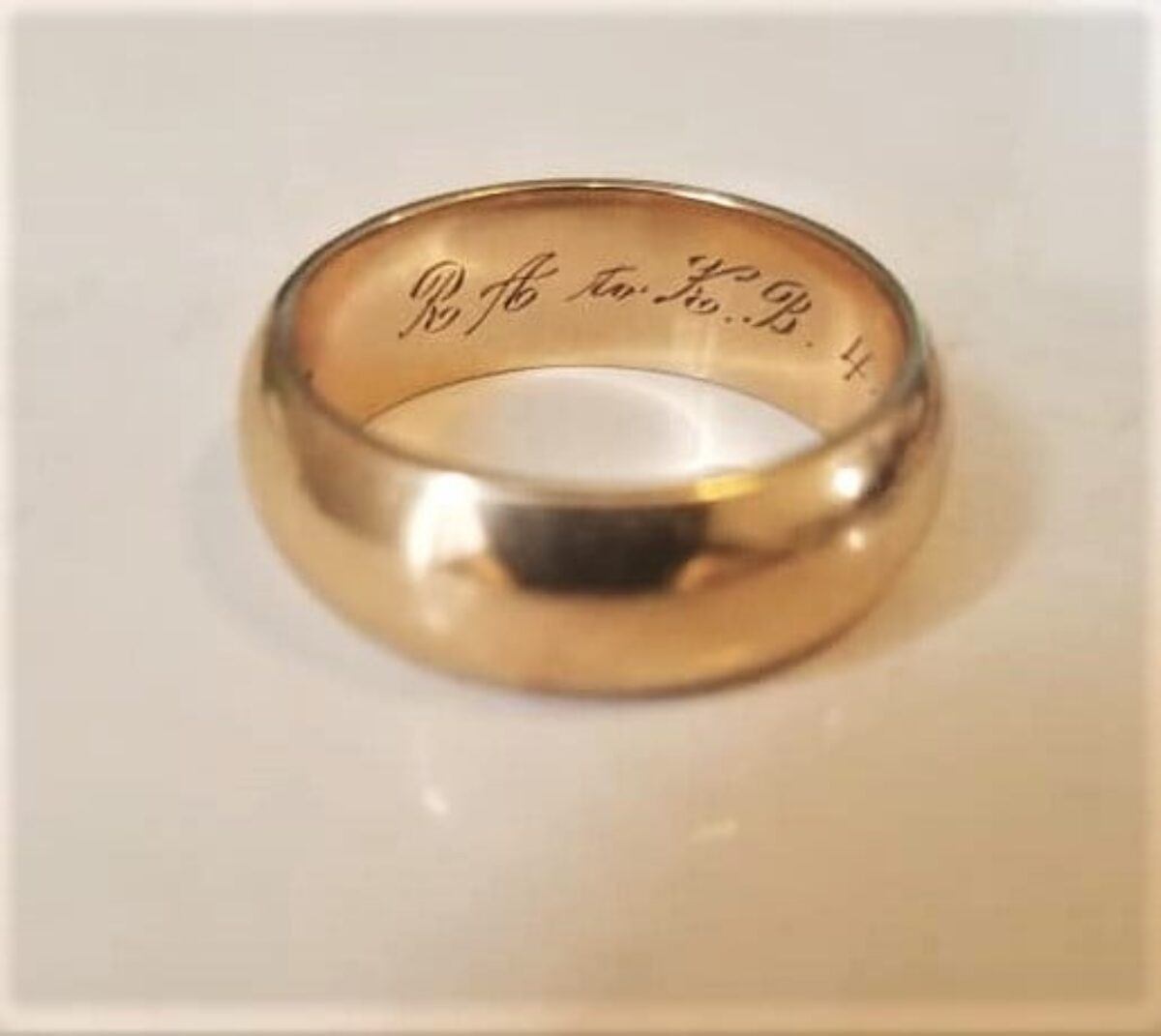 The women combed through historical records and genealogy websites to try and track down info on the original owner. The only clue they had to go off of was the address of the home where the ring was found, and the initials and date engraved  inside the band: “RA to K.B. 4-16-66.”

It didn’t take long for the connection to be made between Karen who now lived in San Antonia, and her grandparent’s home in Chicago. Carol Flynn found Karen on Facebook and reached out to her.

“The woman was on Facebook, and around 2:30 a.m., I sent an enthusiastic if somewhat disjointed message to her. Was this ring by chance hers?” Flynn wrote in a Facebook post.

“She replied later Monday morning — it was hers! She lost it 50 years ago in the snow at her grandmother’s house! She was amazed that it had been found all these years later. We got together by phone and had a teary-eyed conversation,” Flynn continued.

Flynn carefully mailed the ring to the Autenrieth ‘s home in San Antonio where Karen decided to wait to open it with Robert, their children, and their grandchildren on Valentine’s day, two months before their 55th anniversary. Robert took out the ring and slid it on Karen’s finger before giving her a kiss.

“I went, ‘Holy Mary, I can’t believe it,'” Karen told the Chicago Tribune. “Our 55th anniversary will be April 16. And to think we’ll be getting the ring back after almost 50 years.”

“Happy, very happy,” Karen shared of the moment. “It’s like I can’t believe it. It’s amazing.”