Investigators have made a recent discovery of historic proportions. The skeletal remains of six bodies have been recovered off the coast of Massachusetts, with one of the skeletons thought to be that of notorious 18th century pirate Captain “Black Sam” Bellamy, according to the HUFFINGTON POST.

Black Sam’s ship, the Whydah Galley, sank off of Cape Cod during a bad storm in 1717, with only two of the 146 crewmembers surviving. It is the only verified pirate ship in the world and was discovered in 1984. Underwater explorer Barry Clifford is credited with finding shipwreck as well as the skeletons, which were discovered after carefully chipping away at concretions–hard, compact masses of matter–and are currently under examination by a team of archaeologists with the Whydah Pirate Museum.

DNA samples taken from descendants of Samuel Bellamy will be used against the skeletal remains in hopes of finding a match to the famed pirate.

“We hope that modern, cutting-edge technology will help us identify these pirates and reunite them with any descendants who could be out there,” Clifford said to 7 NEWS BOSTON.

Captain Black Sam Bellamy got his moniker due to his nontraditional hairstyle, choosing to grow out is naturally black locks instead of wearing the traditional white powdered wigs indicative of the period.  The New England Historical Society states that Bellamy considered himself a sort of ‘Robin Hood,’ and called his crew “Robin Hood’s Men.” 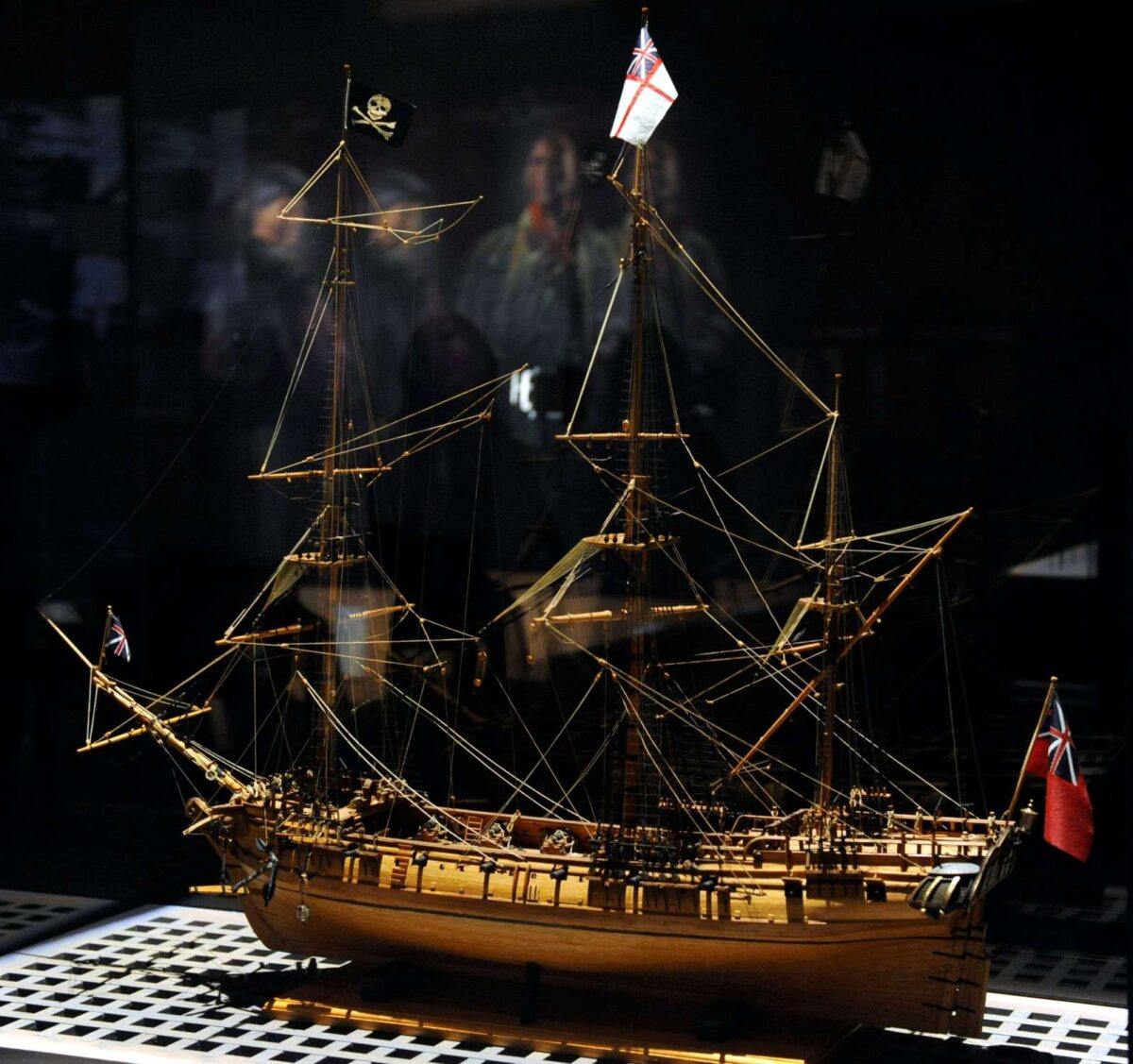 But Bellamy was definitely not the traditional pirate in the sense that he never killed a man, even though he’s credited with capturing 53 ships. The Whydah itself was a captured slave ship. Speaking of it’s history, Clifford says:

“At the time of the wreck, she was carrying the picked valuables from over 50 other ships captured by Bellamy’s pirates,” the museum’s website stated. “The Whydah collection, therefore, represents an unprecedented cultural cross-section of material from the 18th century.”

The artifacts captured from these ships and subsequently lost at sea during the wreck have provided an invaluable glimpse into the lives of the pirate culture, and into the cultures of all the various countries whose ships Bellamy plundered.

“This shipwreck is very sacred ground. We know a third of the crew was of African origin and the fact they had robbed the Whydah, which was a slave ship, presents them in a whole new light. Their benevolent captain, the legendary Samuel “Black Sam” Bellamy and crew were experimenting in democracy long before the so-called civilized societies had considered such a thing.”