Tragedy struck an elderly man in rural Sacramento at the end of January when his car got stuck during a snowstorm. After missing for several days, search crews finally discovered the body of David Deshon on January 31 lying in the snow. Lying on top of Deshon’s body attempting to protect and keep him warm was his 5-year-old Blue Heeler, Baby Dog.

His other dog, Buddy, had eventually gone to a neighbors house where he clawed at the door and barked until the neighbor came to the door. This helped rescue searchers know to continue searching in that general area for Mr. Deshon. 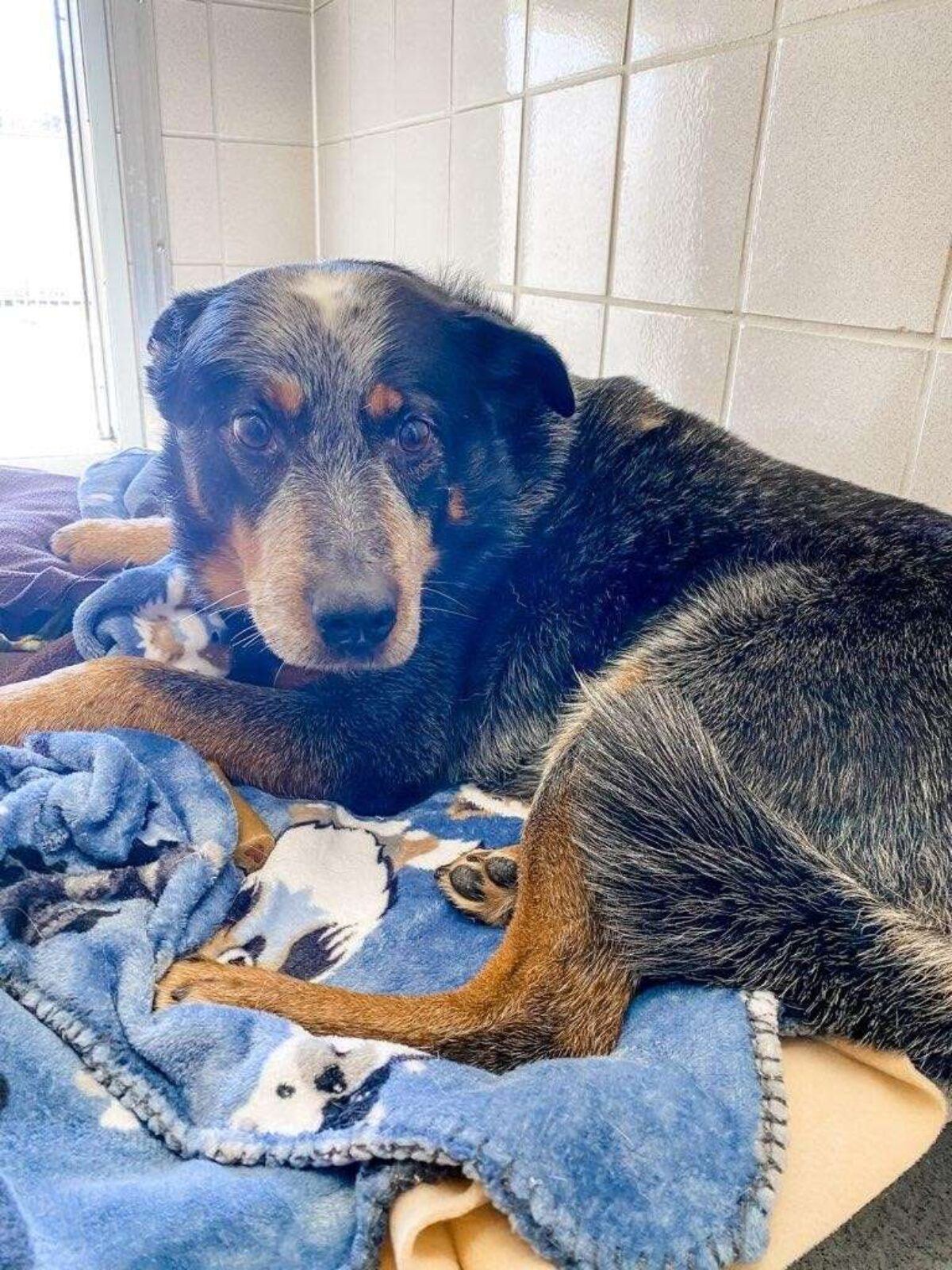 During that whole time though, Baby Dog stayed with his owner, never wandering from him even after he had passed away. Deshon’s daughter, Shona, had called upon the community to help search for her missing dad and his four-legged. When her dad’s body was found, she unfortunately had to surrender the pups to the local animal shelter since her job requires her to stay away from home for long periods of time.

One of her neighbors, a woman named Lisa Lomeli, learned about the loyalty of Baby Dog and immediately thought of her mother, Peggy Morrill. Peggy had been battling cancer this past year, a diagnosis she received shortly before the start of the pandemic. Tragically, her own beloved furry companion, a Black Lab named Raelyn, passed away shortly before she received her cancer diagnosis. 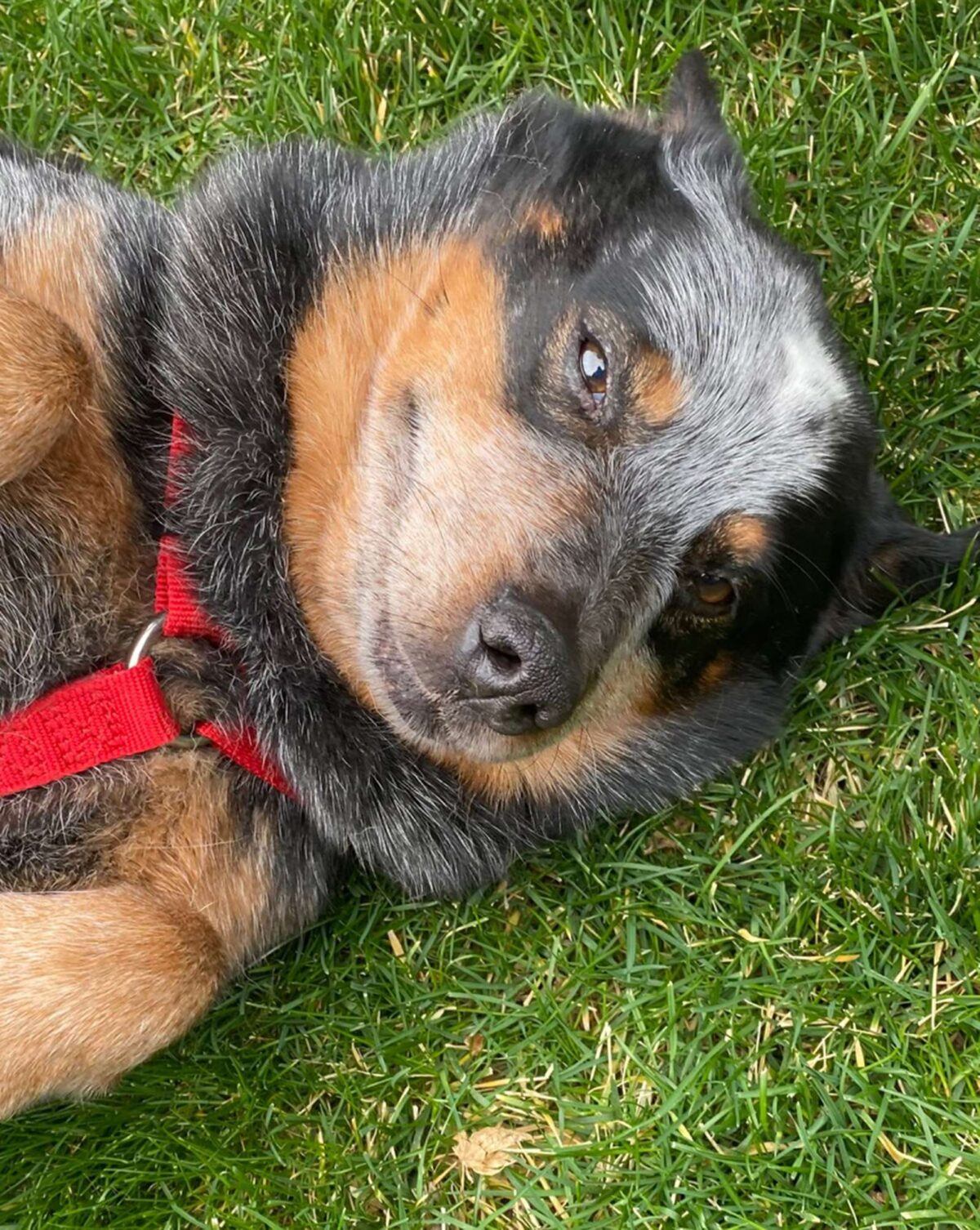 Mrs. Morrill desperately wanted another dog but did not have the energy to find and train one. So her daughter Lisa thought Peggy and Baby Dog would be a perfect fit for each other. Lisa reached out to Shona to ask her if she would be ok with her mom adopting Baby Dog, and Shona enthusiastically agreed.

“I said, ‘Shona, Would you mind if I call the shelter and tell them that I’m interested in meeting Baby Dog because I think he would be a perfect match for my mom?’” Lomeli recalled asking Deshon’s daughter. “She said, ‘Oh my gosh — yes.’ So we set it all up.”

When Lisa reached out to the Placer County Animal Services they warned her that Baby Dog was very traumatized and depressed. She arrived at the shelter on February 8 and sat on a bench in the play yard, expecting the dog to be standoffish and not want anything to do with her. But everyone was shocked when Lisa called out, ““Baby Dog, can you come and let me pet you?,” and the cattle dog trotted right over and put his head in her lap. 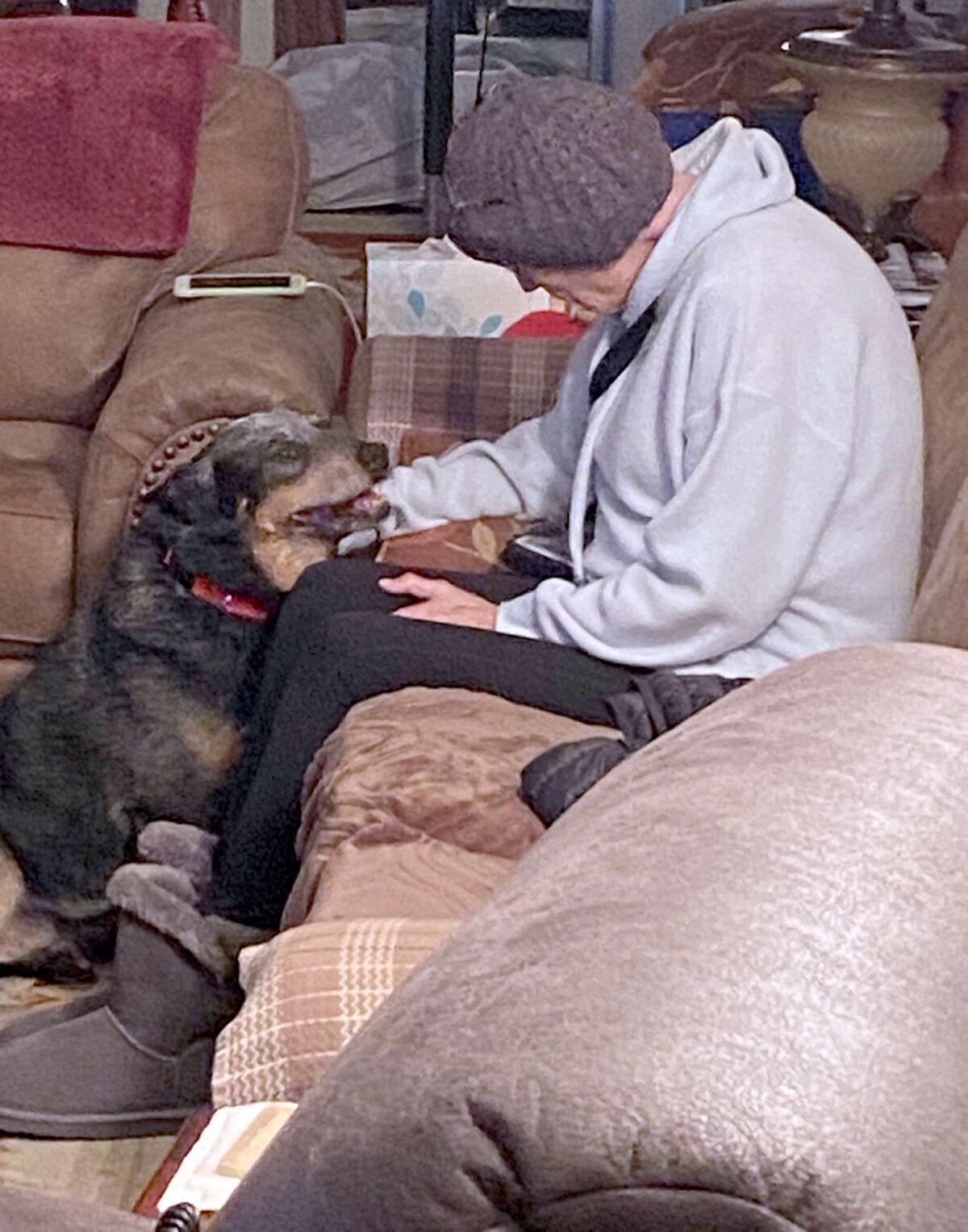 “He wagged his tail and he kissed my face,” she said. “I called my mom and said, ‘Mom, we found you the dog.’ She was so excited.”

Lisa and her husband drove Baby Dog two hours to her parents house. The first-time meeting between the dog and his new owners went perfectly.

“He was totally letting them pet him and kissing them,” Lisa said to TODAY. “My mom said he’s been amazing already. He’s never had an accident in the house. He learned how to use the dog door. He plays ball and has little places in their house where he likes to sleep. He just fit perfectly.”

Buddy also was adopted by a loving home and is thriving, according to the animal shelter. What a beautiful ending for both animals to a story that started in such heartache.