Unusually severe winter weather hit the state of Texas hard last week, leaving millions of residents stranded at home without power or water. As the state was preparing for the blizzard that was due to begin on Sunday evening. Texan’s were busy filling their cars and generator with gas, and stocking up on groceries as they attempted to prepare the best they could for whatever was about to hit them.

Many individuals took advantage of the opportunity to make extra money by delivering food and supplies ordered by customers. Chelsea Timmons of Houston is one of those delivery drivers, and on Sunday the 14th she was planning on making one final delivery to Nina Richardson and Doug Condon in Austin, TX before starting her 3-hour trip back home to east Texas.

“Road conditions were becoming poor, so it took me a little over an hour to pick up their order and arrive at their home,” Timmons wrote. “Their home sat lower than the main road so their driveway was at an incline. I (began) my descent down the hill. Very cautiously. I crept downward remembering to tap my brakes and not slam them in icy conditions. I tapped, but the car continued at the same speed. … I panicked and slammed my brakes, but my car continued forward down the driveway.”

32-year-old Timmons was certain she was about to experience a huge impact and braced herself accordingly, but luckily her car came to a stop stop in the flower bed against a tree.

“Luckily, I didn’t have enough momentum to cause damage,” Timmons wrote. “I was safe, car was undamaged, their property was safe… but that tree was a goner!”

Timmons unloaded the groceries and the couple tried everything they could to help her car get enough traction to make it back up the icy driveway. They called a tow truck through AAA but were told they were swamped due to everyone else in the area dealing with the same issues as Timmons. AAA told them that a truck could arrive in an hour or two, so Doug and Nina told Chelsea to come wait inside their home until the truck arrived.

Over six hours later, there was still no sign of a tow truck, and since she also couldn’t find an available car service, the couple graciously insisted that Chelsea spend the night with them.

“Around 6PM AAA said my location was “inaccessible due to current conditions,” Timmons wrote. “I tried to get an Uber/Lyft/taxi just to get me to the hotel a few miles away so I could stay for the night. But obviously if tow trucks weren’t getting through, neither were cars. Conditions worsened and options dwindled and eventually the couple offered their guest bed room to me for the night!”

This all occurred on Valentine’s Day, so Nina and Doug shared their special Valentine’s steak dinner with Chelsea. That one night eventually led to a six-day stay, as weather and road conditions continued to worsen. Worried about overstaying her welcome, Timmons kept suggesting she try and head home, or at least to a hotel, but Richardson and Condon refused to entertain the idea.

“Every morning, when I suggested leaving to a hotel, (they would ask) ‘Could you make it there safely?’ ‘What would you eat?’ ‘What if they lose power?’ ‘Isn’t the guest room better than the Hampton Inn?'” Timmons’ post continued. They basically have refused to let me leave. Every morning, after they say ‘No worries, stay a bit longer,’ I go to ‘my’ room and shed tears of joy.” 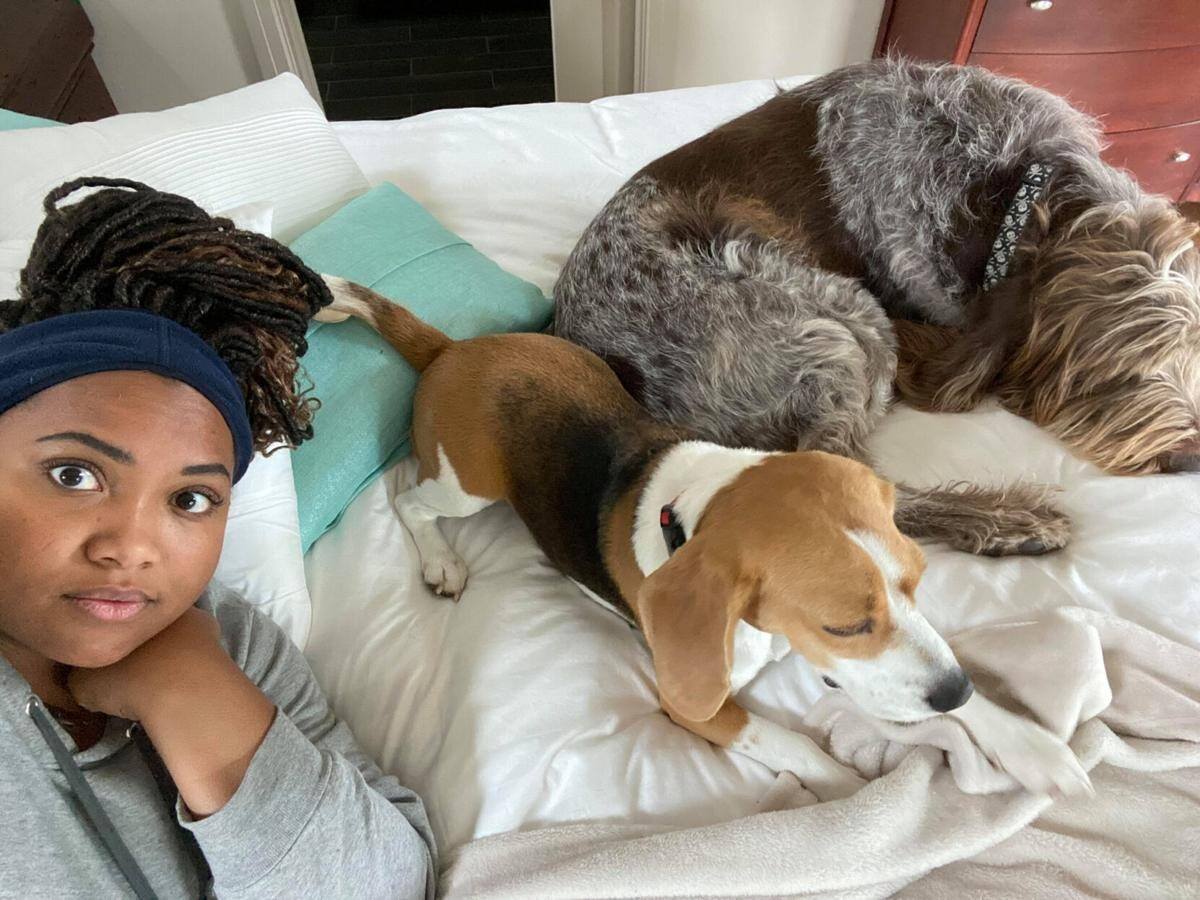 The trio grew close and formed a genuine friendship as the days went on, with the family dogs even bonding with Timmons and snuggling in bed with her at night. CBS affiliate KMOV4 reported.

“She just became kind of part of the family pretty quickly,” Richardson said.

“We would hope that if our daughters were in a situation similar to Chelsea, that there would be someone that would treat them like we treated Chelsea. I don’t think we ever thought twice about it.”

By Friday the roads and weather had cleared enough for Timmons to safely make the drive back to Houston. The new friends say they definitely plan on staying in touch with each other from this point forward, with Chelsea expressing her intense gratitude at the couple’s kindness:

“I’m just so grateful for them and so glad that this is where I ended up out of all the driveways in the world,” she said.