77 Years After Being Mailed, A WWII D-Day Hero’s Postcard Finally Made It To His Family

Bill Caldwell had wanted to join the British Royal Navy since he was 15 years old, and that dream became a reality in 1943 when he was 18 years old. 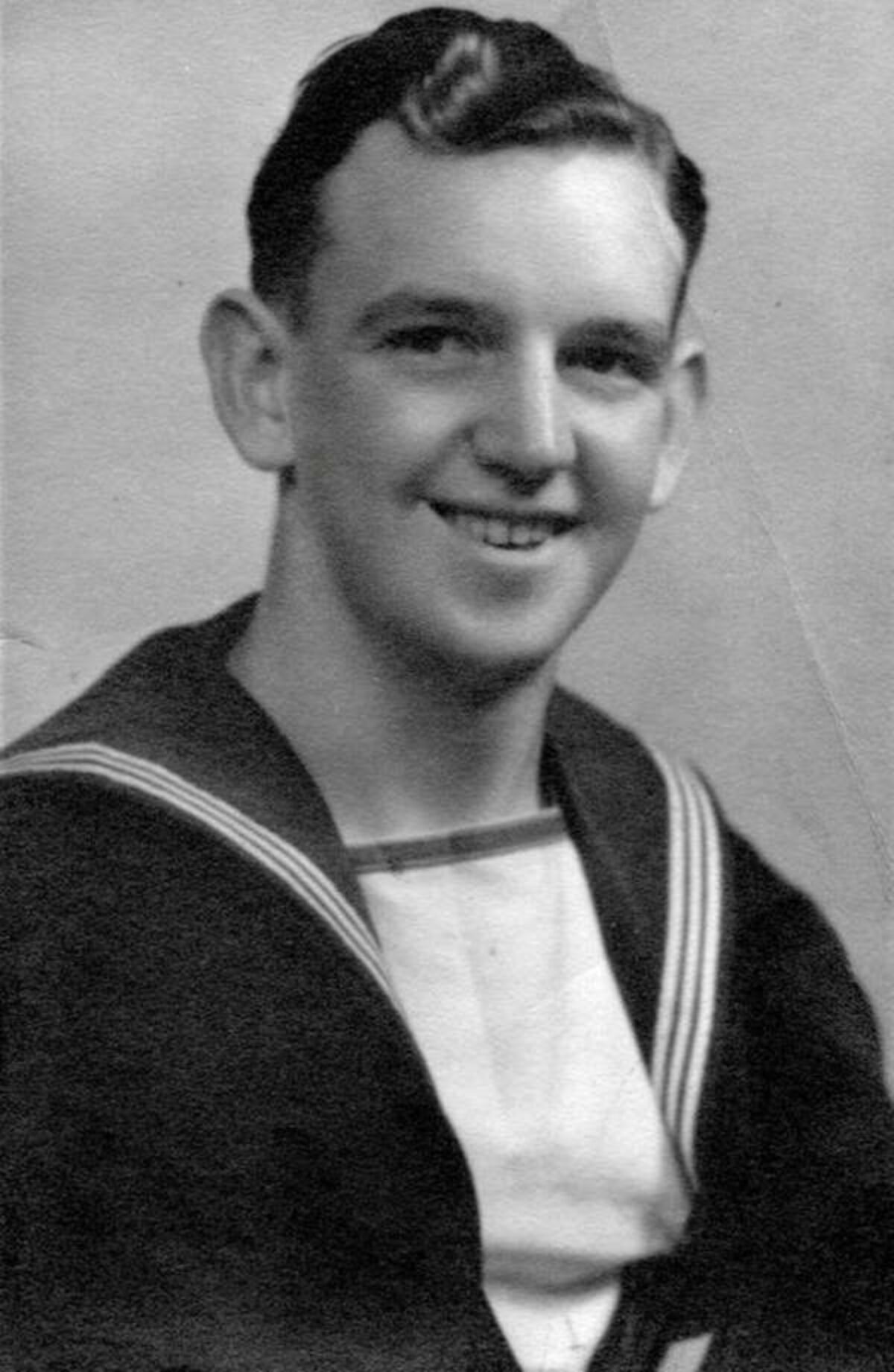 When he was finally of age, the Liverpool native was recruited at the height of WWII and sent to training at HMS Raleigh in Torpoint, Cornwall, according to the BBC. During his first week in the Navy, Caldwell wrote a quick postcard to his uncle Fred who was living with Bill’s parents in their family home.

The postcard got lost in the mail en route and was never delivered to uncle Fred. Miraculously, the card was finally delivered to the posted address on Friday,  77 years and 7 months after it was postmarked. 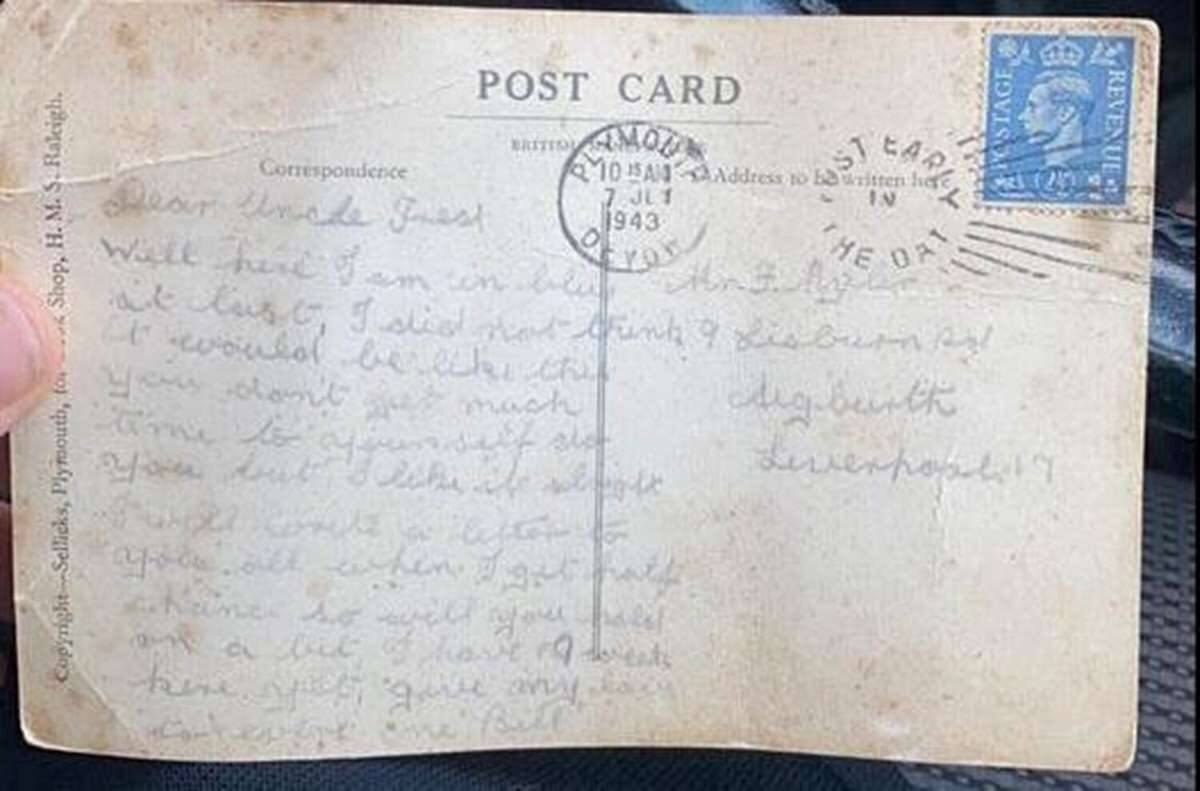 When contacted for a comment, Royal Mail was unable to explain where the card had been for the past seven decades, or how it came to finally be delivered to the intended address.

Caldwell and “uncle Fred” have both long passed away, but a relative by the name of Jack Elomaa has a stepson, Dan, who now lives in the old family residence and who received the post card. Jack immediately reached out to Caldwell’s six children to tell them about the incredible discovery. 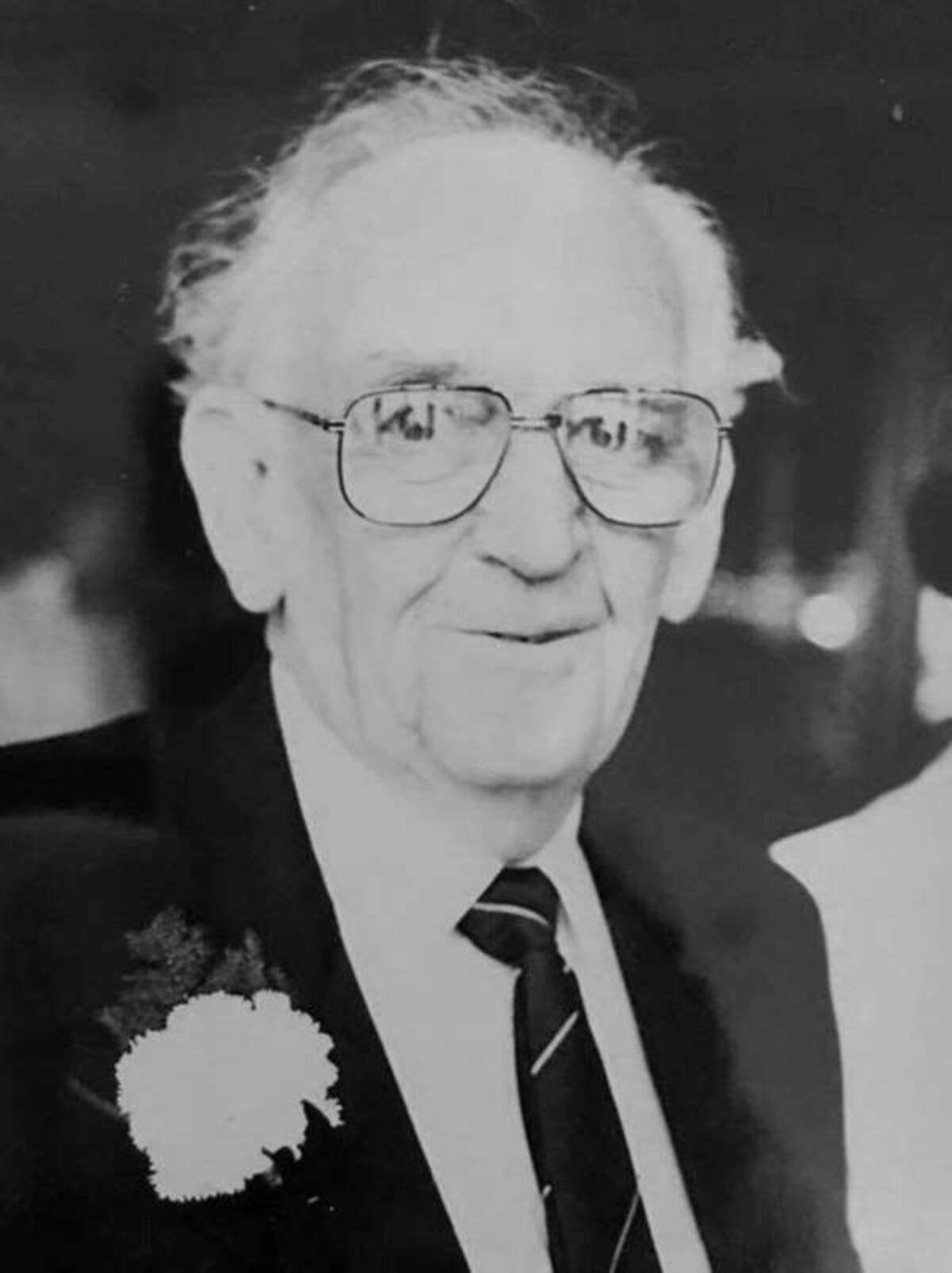 “It was the most surreal thing on a Friday night to suddenly read a postcard that dad had written 77 years ago when he was training to be a sailor in the Navy,” said daughter Joanna Creamer.

Caldwell’s children are spread out over England, so they stay in contact using group chats through WhatsApp. The siblings were shocked when their sister, Joanna, forwarded the message she had received from their cousin Dan. Caldwell’s daughter Elizabeth shared:

“On Friday night we were in our family WhatsApp group and my sister Jane forwarded a message from my cousin Dan.”

“She was just staggered by what she saw. Dan’s stepson still lives in the house we grew up in. He had received in the post that morning this card from my dad so there we were reading a message that my dad had written nearly 78 years ago. We were just thrilled.”

During Caldwell’s service, he was deployed ahead of the game-changing D-Day operations in Normandy  as a mine sweeper, and then was sent to both Nagasaki and Hiroshima to help transport Japanese prisoners of war.

His Naval service lasted only three years, with him being released from service in 1946 where he then found work as a plumber, and eventually settled his family in Somerset.

The postcard sent to his uncle read as follows:

“Dear Uncle Fred, Well here I am in blue at last. I did not think it would be like this, you don’t get much time for yourself do you but I like it alright.”

“I will write a letter to you all when I get half a chance so will you hold on a bit. I have 19 weeks here yet. Give my love to everyone. Love, Bill.”

The postcard is a now a priceless heirloom the family didn’t even know existed, and will be treasured for many more my years to come.