Frank Rothwell is a man of true grit with a big heart. The 70-year-old from Oldham, U.K. just set a new world record for being the oldest person to complete the Talisker Whiskey Challenge.

The challenge is a grueling 3,000 mile race by rowboat across the Atlantic Ocean, starting in the Canary Islands and ending in Antigua. Frank rowed in honor of his late brother-in-law, who tragically passed away at the young age of 62 due to Alzheimer’s disease.

“While rowing, I received heart-breaking messages from people who have had similar experiences to my own, with my brother-in-law, Roger, so I hope I’ve helped other families in some way too,” he said.

Rothwell set off for Antigua in December 12 and completed his journey in an impressive 56 days—a full week ahead of schedule. His goal was to use the challenge to raise £1 million (or about $1.37 million) for Alzheimer’s Research U.K., and set up a Just Giving account for supporters to donate through. As of today, the fund has a whopping £1,044,946, or $1,443,801.89

“I believe rowing across the Atlantic Ocean solo, and unsupported, is the biggest challenge I can imagine without taking too much risk or endangering others. It makes all the other things I have done seem like a walk in the park!” he said on his website. 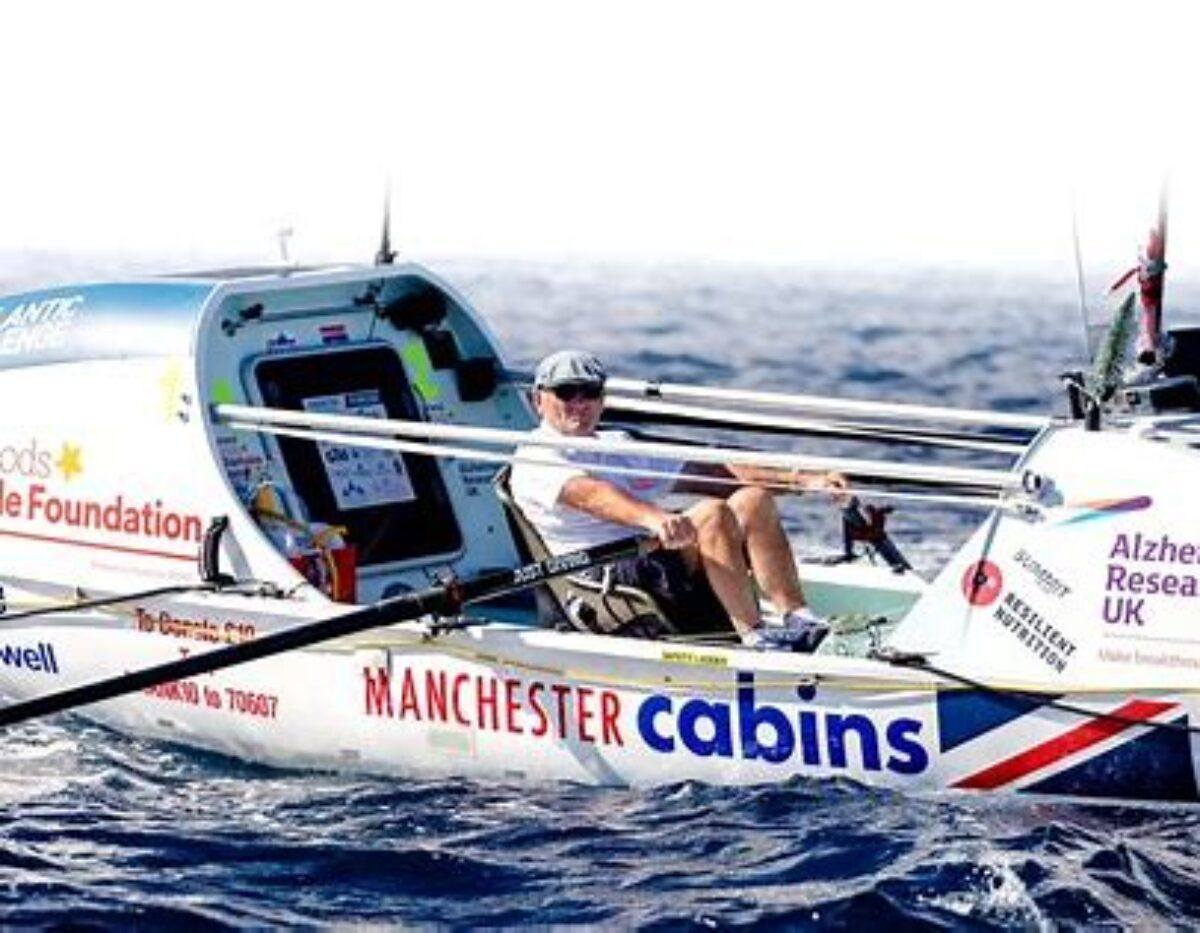 Rothwell anticipated the journey taking somewhere between 60 and 90 days, and just wanted to make sure he was in Antigua by Valentine’s Day where is wife of 50 years, Judith, would be waiting for him.

“The biggest individual challenge is going to be loneliness and missing my darling wife Judith to whom I have been married for 50 years,” he said on his website. “I will also miss a proper steak!”

Frank trained for 18 months in preparation for the grueling, whipping his body into the same shape it was in back in his forties. It was a good thing, too, since he would end up rowing 1.5 million oar-strokes at the end of his journey.

“I felt quite emotional approaching the finish,” he told the BBC. “It took six long weeks to row the Atlantic, but the challenge itself has taken over 18 months of training and preparation, so I’m very proud of what I’ve achieved and the unbelievable journey I’ve been on.”

We’d like to say a huge THANK YOU to every single person who has supported Frank’s challenge.

“We’re bursting with pride and gratitude to the incredible @Frank_Rothwell!” Alzheimer’s Research UK wrote on Twitter. “HUGE thank you to everyone who has donated and supported him so far – what a way to beat the Monday blues!”