The most adorable photos show the sweet friendship between a horse, pony and a dog

The Appaloosa stallion, Shetland pony and Dalmatian live with their owner Greetje Arends-Hakvoort in Kootwijkerbroek, The Netherlands. 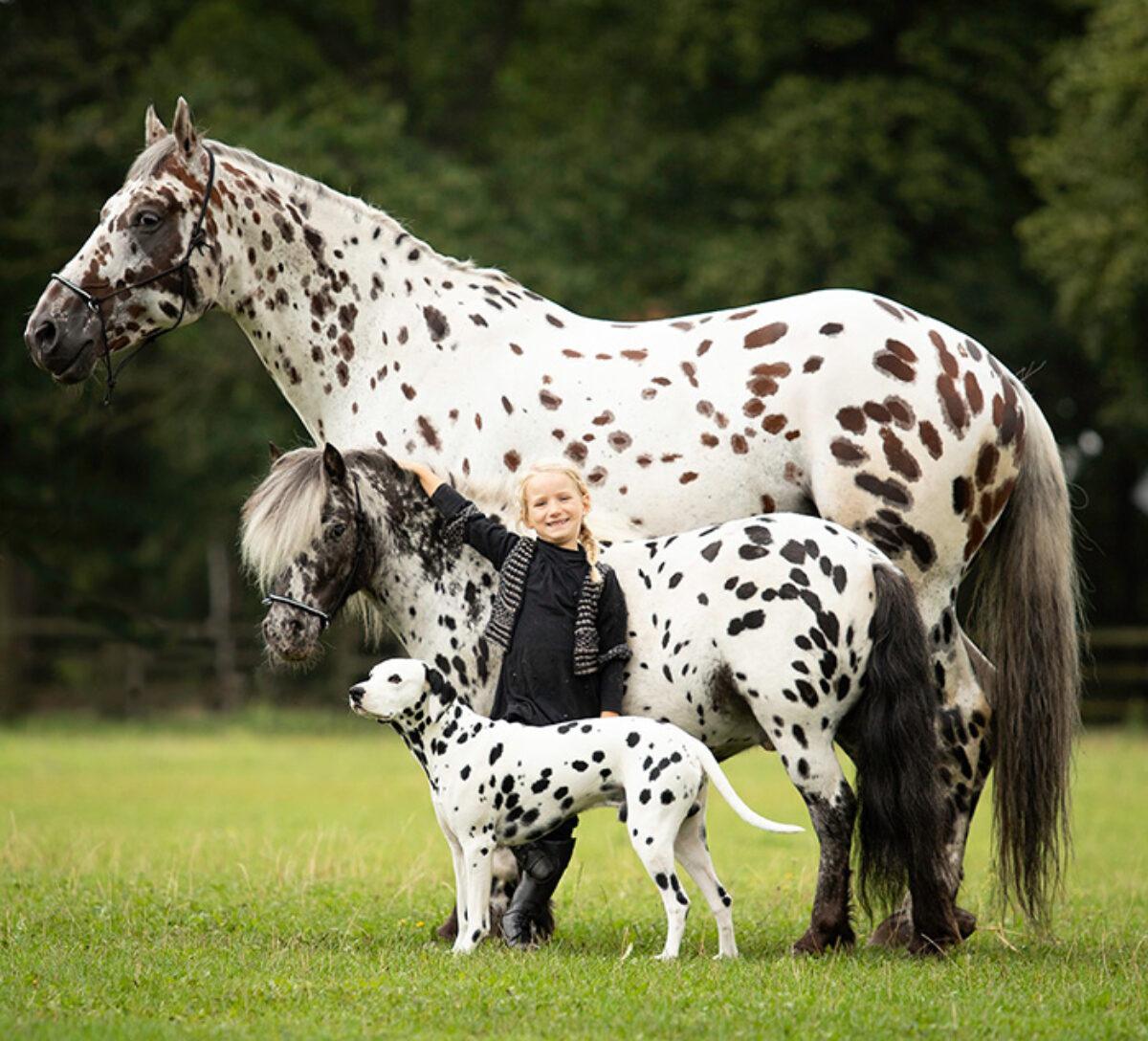 Greetje is a horse trainer and the founder of Human & Horse Academy.

The program offers “a unique, all-inn concept, creating a training experience and giving everyone a possibility to educate their horse with love and joy.” 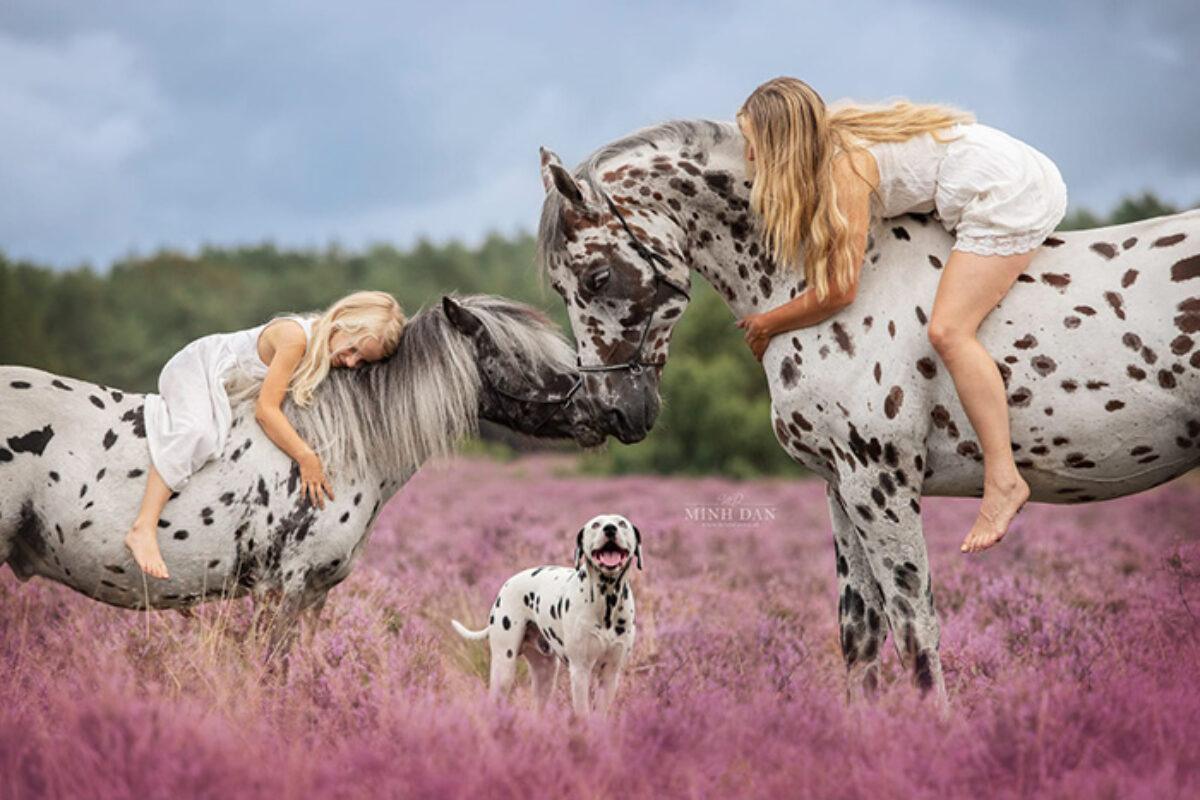 But it’s her spotted pets Nevada the horse, Napoleon the pony, and Jack Sparrow the dog that have captured the hearts of many on social media.

Despite their size and differences, Greetje says the animals are best friends and love being together. 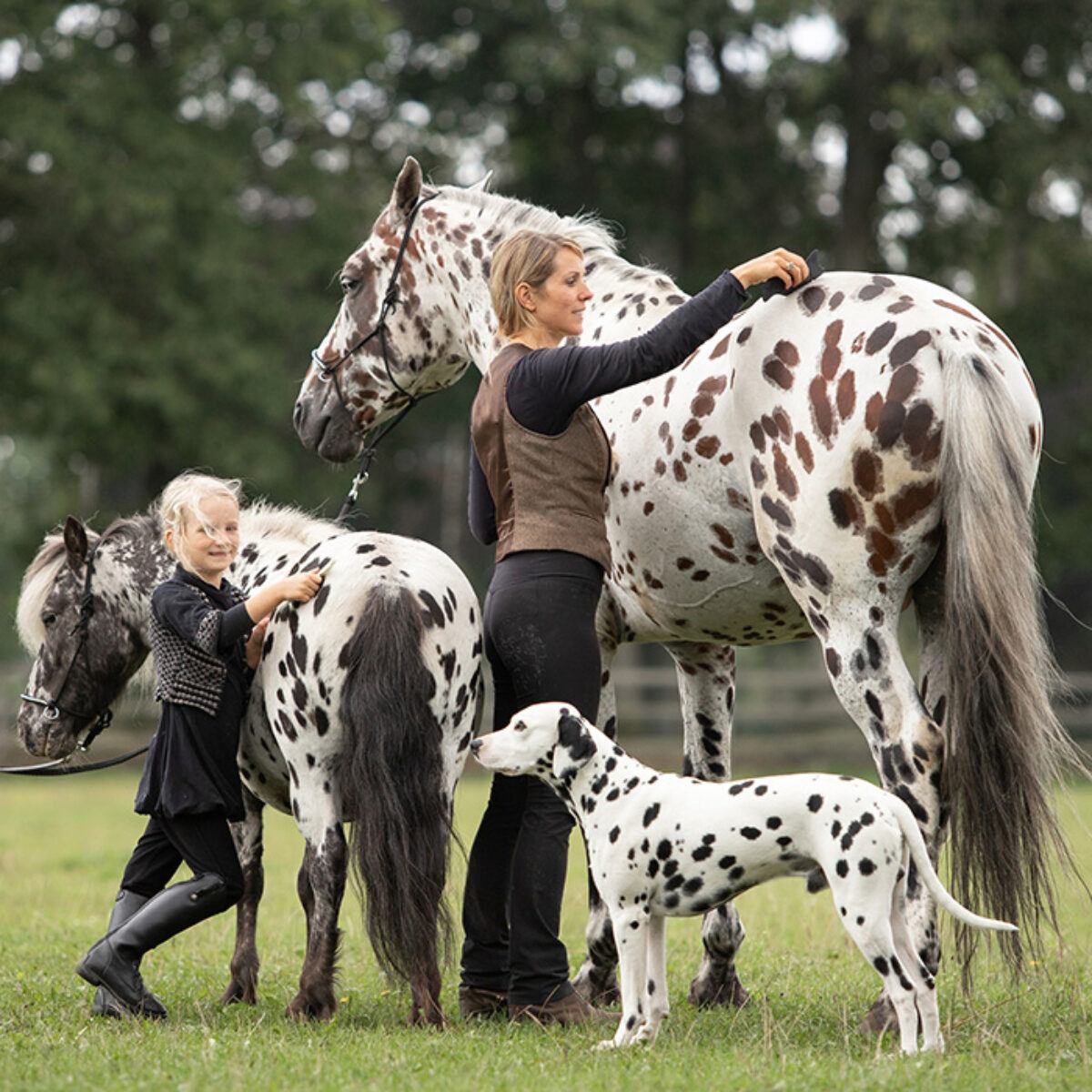 “When Jack was younger, he saw himself as one of the horses and he fits in perfectly,” Greetje told Metro in the UK.

Greetje says her daughter Jolie was born around the same time as Napoleon so they are best friends.

Greetje rides Nevada while Jolie rides Napoleon — and Jack is just happy to be there.

According to Greetje, the spotted family is growing. She recently added three more spotted horses to the mix. 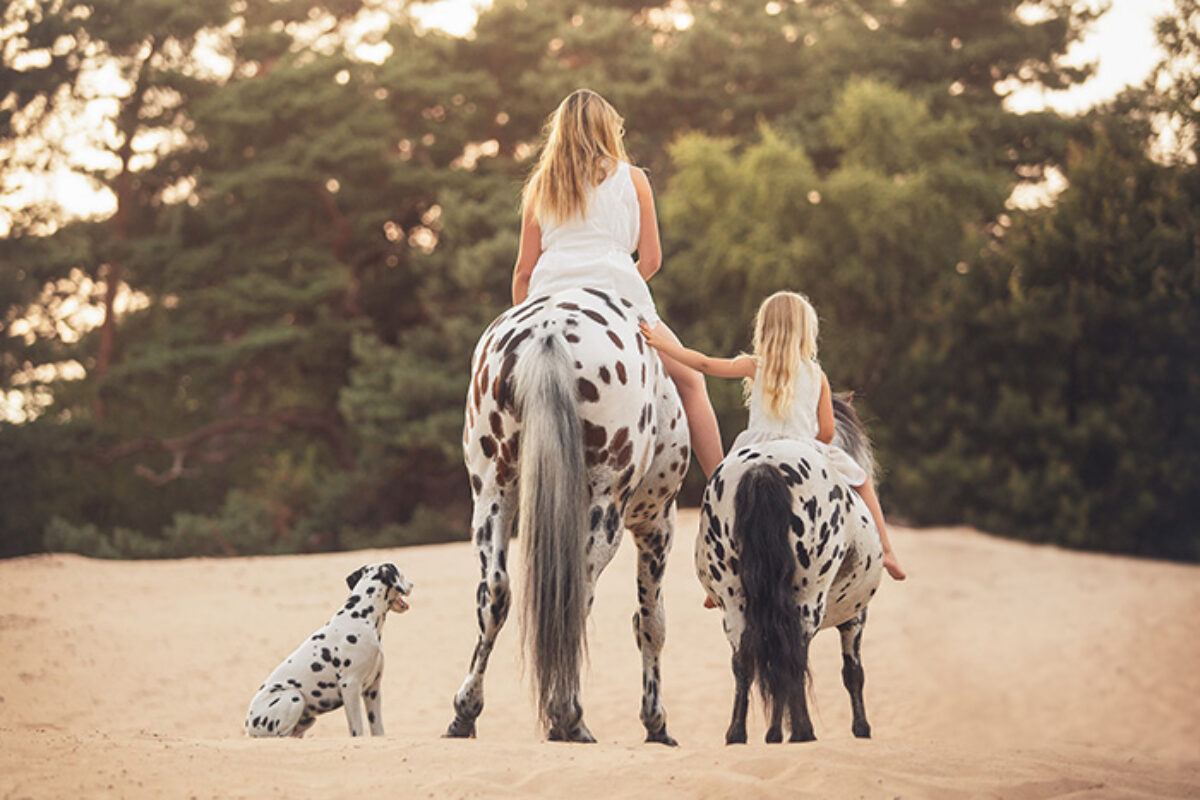 “Ok then… Now with the whole dotted family including Jack and Jolie with her favorite dotted coat. Left to Right: Braveheart, Jack Sparrow, Shakespeare, Gandhi, Jolie and Napoleon, Nevada,” she wrote on Facebook. 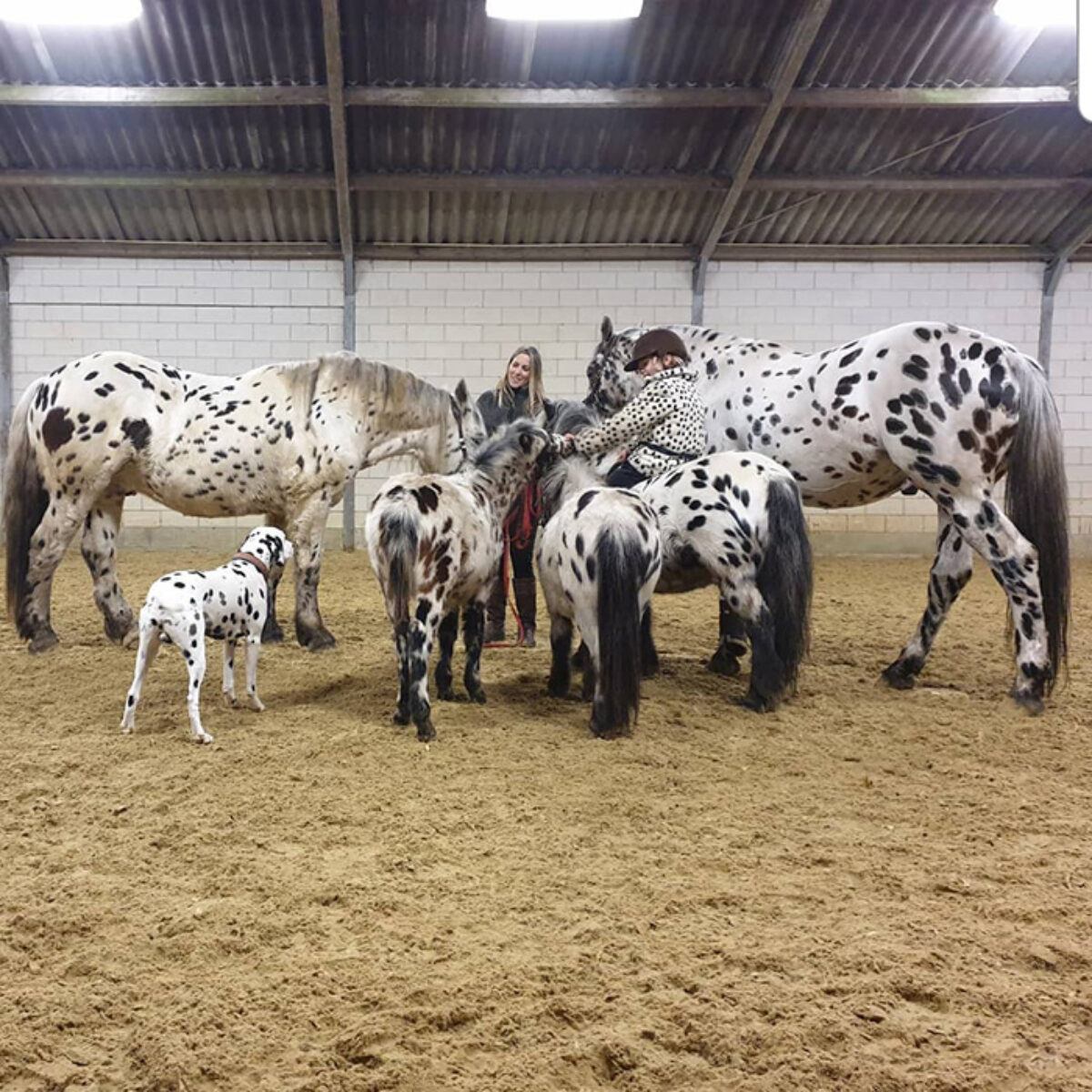 Greetje says she is happy her spotted family is bringing others joy.

“Our spotted friends are spreading love, friendship and fun all over the UK and the rest of the world,” she said.