On New Year’s day, 28-year old Edward Guerrero ran after and demanded to get on the MTA (Metropolitan Transit Authority)  bus that was being driven by Charlene Alston. The bus was not at a designated stopping point, so Alston refused to open the doors. That’s when Guerrero began violently banging on the bus doors. Alston immediately knew the man would be an issue if he boarded her bus.

“I pretty much know who’s who by observing him,” she said to THE POST. “I felt that he was a trouble maker.”

But Guerrero planned on causing trouble whether on or off the bus. He started punching the driver-side window, eventually busting through and then directing his punches at Charlene’s head. 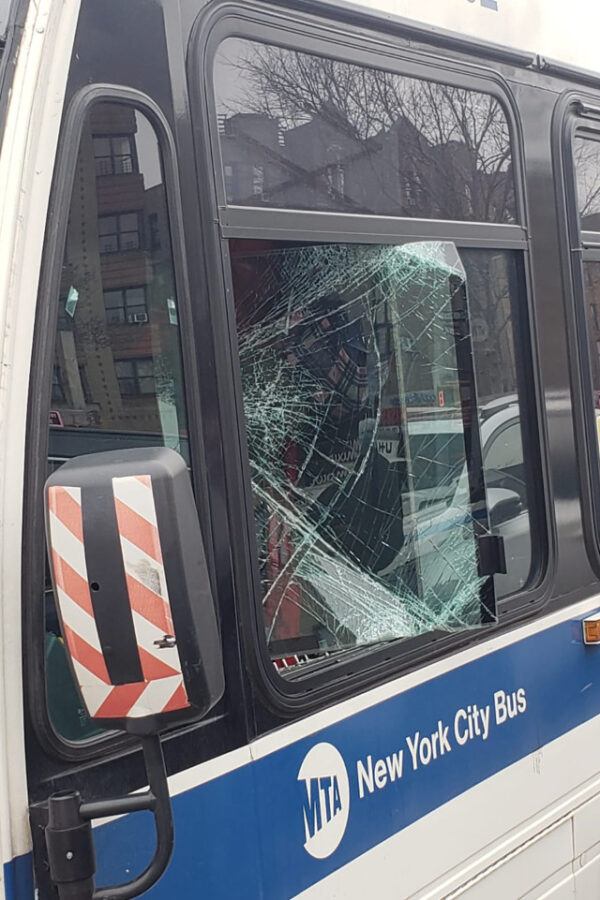 The incident occurred around 12:30PM while Alston was driving her bus along the Grand Concourse in Fordham Heights, and Alston had to pull the bus over after the attack began.

“I was traumatized, I was frightened,” she told The Post. “I never thought that I would come to work on New Year’s Day and be assaulted on a job that I’m supposed to come back home from safely. I was just frightened. I was in shock.”

Riding on Alston’s bus was 35-year-old West African immigrant Yomboue Pierre Bama. Witnessing the entire incident, Bama implored Charlene to open the bus doors so he could apprehend Guerrero. The Good Samaritan chased the attacker down, dragging him back to the bus where he held him until police arrived and arrested the man.

Misdemeanor assault and criminal mischief charges were filed against Guerrero, something that TWU (Transport Workers Union) Local 100 Vice President Richie Davis is angry about. In a statement issued on Saturday he said:

“That’s total BS. This was a felony assault and these charges must be upgraded. We are demanding that the Bronx District Attorney’s Office treat this much more seriously.”

“While we don’t encourage our customers to put themselves in danger, we thank the Good Samaritan for his bravery. We are cooperating with the NYPD’s investigation and will work with the District Attorney’s office to make sure the perpetrator is prosecuted to the fullest extent of the law.”

Ms. Alston is recovering at home and looking forward to getting back to the job she loves.

“That’s my passion, driving. I love to drive,” she said. “We are here to do a service.”

Charlene had this to say about Mr. Bama’s actions:

“I’m real grateful for him. The scene could have been much worse.”

Mr. Bama insists he is no hero, simply a man doing what anyone else in his position should be expected do to:

“I just feel like somebody who’s just trying to help somebody,” he said.