Uber driver Latonya Young picked up a fare in May 2018 that would change her life in a drastic way. Her passenger was an altruistic-minded man named Kevin Esch who, after hearing her story, decided Young would be the beneficiary of his next act of kindness.

“I try to do acts of kindness all the time. I really truly feel that if you put good out in the world, you’re going to get good back,” Esch shared with PEOPLE. “I look for things to try to help people.”

During that life-changing ride, Esch got to chatting with his driver and discovered Young was a single mom who turned to Uber to pay her electric bill that month, as well as to save money to go back to school and finish her degree.

After he arrived at his destination, Esch gave Young a $150 to cover her electric bill, and encouraged her to stop thinking about going back to school and just make it happen. the pair took a selfie together and Young went on her way.

Esch kept in touch with Young to check on her and encourage her to get busy with finishing her degree, and a couple of weeks after their Uber ride, Latonya texted Kevin to say she had tried to register for classes at Georgia State University, but she had an outstanding balance that must be paid before she could sign up for any other classes.

On July 2, 2018, Esch sent Young a text with a picture of a receipt which showed he had fully paid of the $693 balance she had owed. She didn’t let the incredible act of generosity go to waste and immediately signed up to take courses, and a year and a half later in December of 2019, Latonya Young graduated with her Associates Degree.

Of Kevin Esch’s investment into her life, the 44-year-old mother says: “It inspired me. It pushed me to go to school … he just really wanted me to do well. And he was a total stranger.”

Latonya didn’t stop with her Associates degree, and under Kevin’s continued friendship and mentorship, she used the shutdowns of the pandemic to get further along in her studies and is on track to graduate with her Bachelor’s Degree in criminal justice from Georgia State’s Andrew Young School of Policy Studies. From there, she’s kicking around the idea of pursuing either law or nursing school.

“I’m so incredibly proud of her,” says Esch. “The ultimate payback that I can get is watching her graduate.” 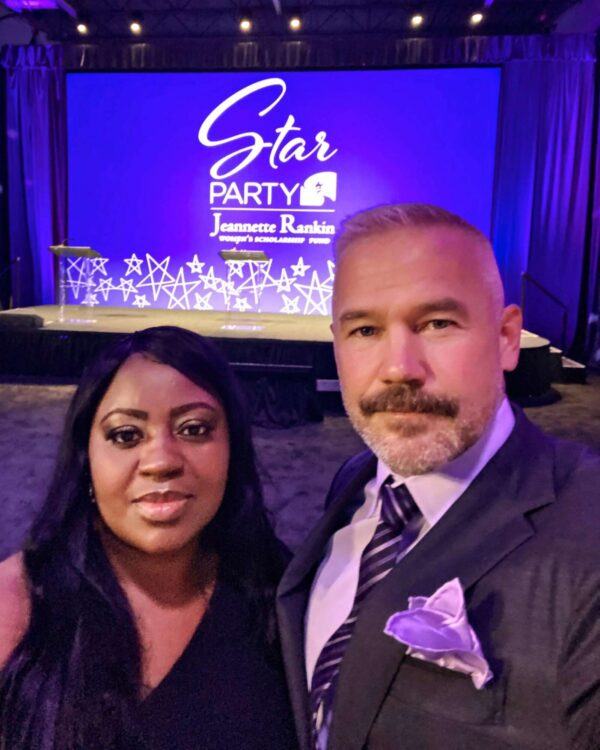 Esch’s investment into Young’s future has led to his admittance to the board of the Jeannette Rankin Women’s Scholarship Fund, which provides financial assistance for women over 35 attempting to pursue a college education. Latonya Young is one of the scholarship recipients.

“They cover whatever it is that’s holding people back and they’re about to get kicked out of school because they don’t have the money to pay for it,” Esch says. “It’s a pretty incredible organization.”