11 Year Old From England Raises An Incredible $180,000 For Local Hospice By Camping In Backyard For A Year

An 11-year-old boy from Devon, England is making headlines for his commitment to a challenge he set for himself, and a promise he made to his dying neighbor. In March 2020, Max Woosey wanted to find a way to honor his late pal, Rick, who had passed away on Valentine’s Day. The pair shared quite a bond, and Rick gifted Max a camping tent before he died, telling Max to use it to go have an adventure.

The coronavirus pandemic has forced all of us to get really creative with how we go about finding those adventures, and ‘creative’ definitely describes Max’s choice of adventure. He decided to set a goal of sleeping outside in his tent for an entire year, and in the process raise money for the North Devon Hospice, who cared for Rick during his final days.

The hospice has lost some of it’s vital funding due to the pandemic, so Max decided to step up and do what he could to help the organization that helped his friend. He set an original goal of camping out just during the length of the initial shutdown which was only supposed to be three weeks. But after the timeline continued to get extended, he never wavered and decided to set a new goal of sleeping in his tent for an entire year. He set up a Just Giving account where people could donate funds in support of his efforts for the local hospice arm.

His continued motivation was fueled by the outpouring of support from the community in the form of sponsorships. Max’s mother Rachel Woosey shares:

“Seeing the sponsorship come in gives him a real boost. At first, we set the target at £100, then when we reached that amount he asked me to raise the bar again and again. He knows how important the hospice was for us when caring for Rick, so he knows he’s helping other families who might need that same support now. His resilience is really impressive. Each night he just needs his torch, a teddy and a couple of Beano comics, then he’s good to go!” 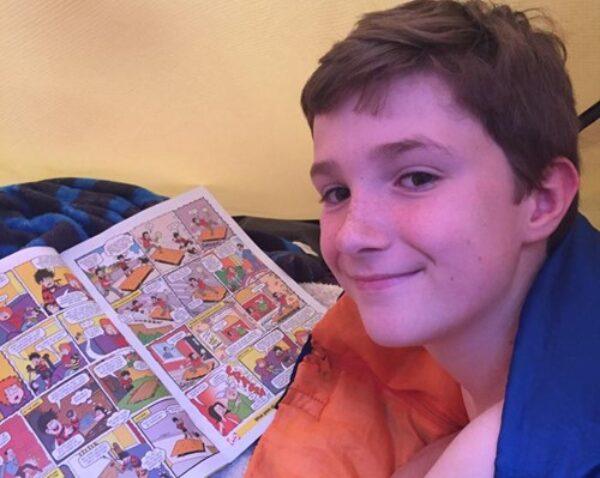 Max has blown past his original goal and has currently raised over £133,00 (over $180,000), all of which he will be donating to North Devon Hospice.

On their website, Chief Executive of North Devon Hospice Stephen Roberts, had this to say about Max’s incredible efforts:

“Everyone at the hospice is blown away by what this inspiring [11]-year-old is doing,” he said. “For such a young lad to care so much about helping others is heart-warming. Every pound he raises is vital right now, because of course the demand for our hospice care has risen considerably, but the ability to raise funds has been decimated due to the current situation. But Max has found a way of inspiring people to donate to the cause, and that will mean the world to all those people who the hospice is caring for right now. They need heroes like him more than ever.”

If you would like to support Max in his efforts, you can do so by visiting his Just Giving page.