The Daily Mail reported, the newly retired 66-year-old was handed chore by wife Joanne as a way to “pull his weight” around the house. 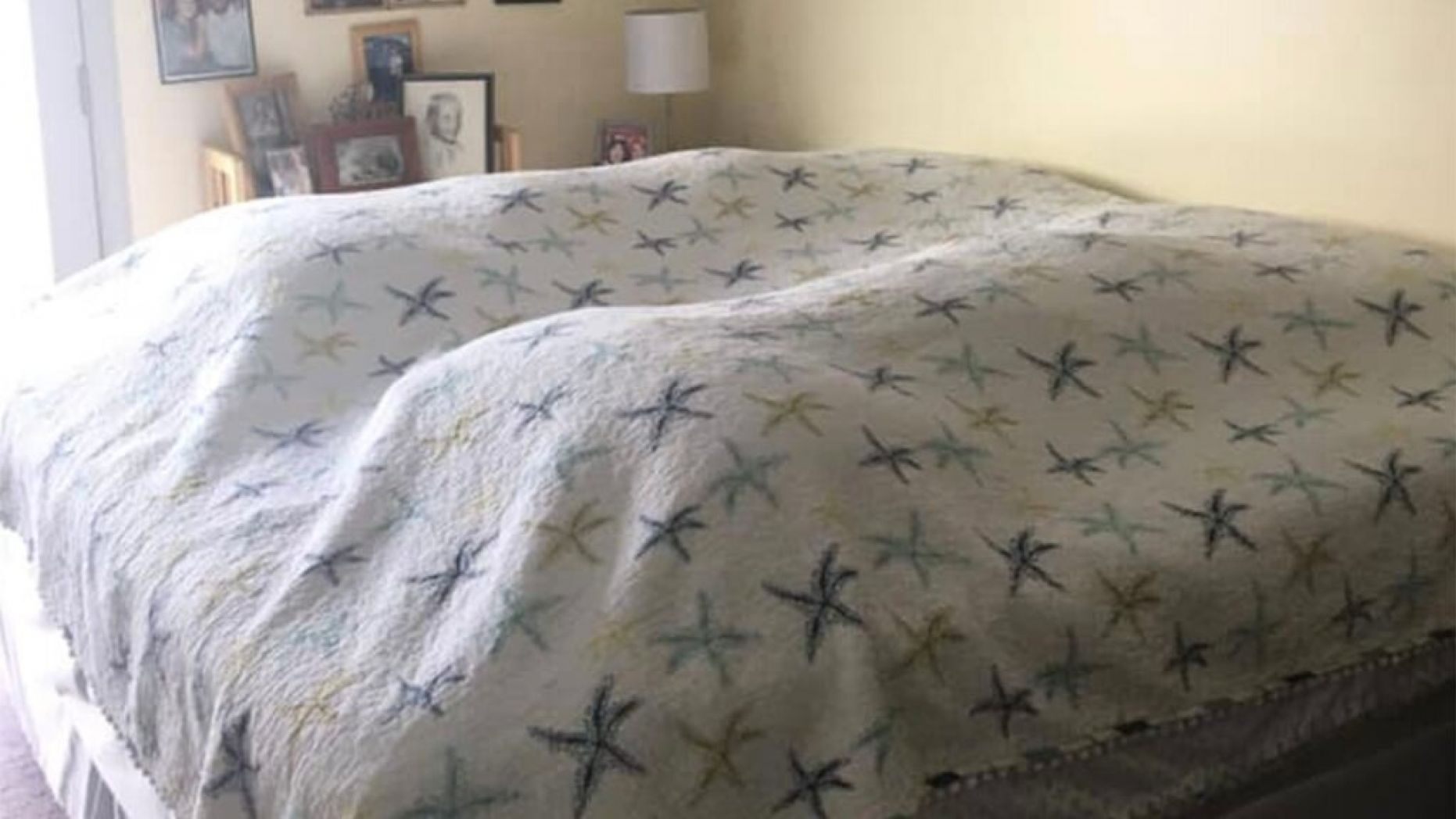 “Once he’d retired, I told him he had to start pulling his own weight and start helping out around the house,” Joanne said, Daily Mail reported.

Of the creative bed-making, Joanne noted on Facebook that she doesn’t “think he knows what to do with the extra pillows.” 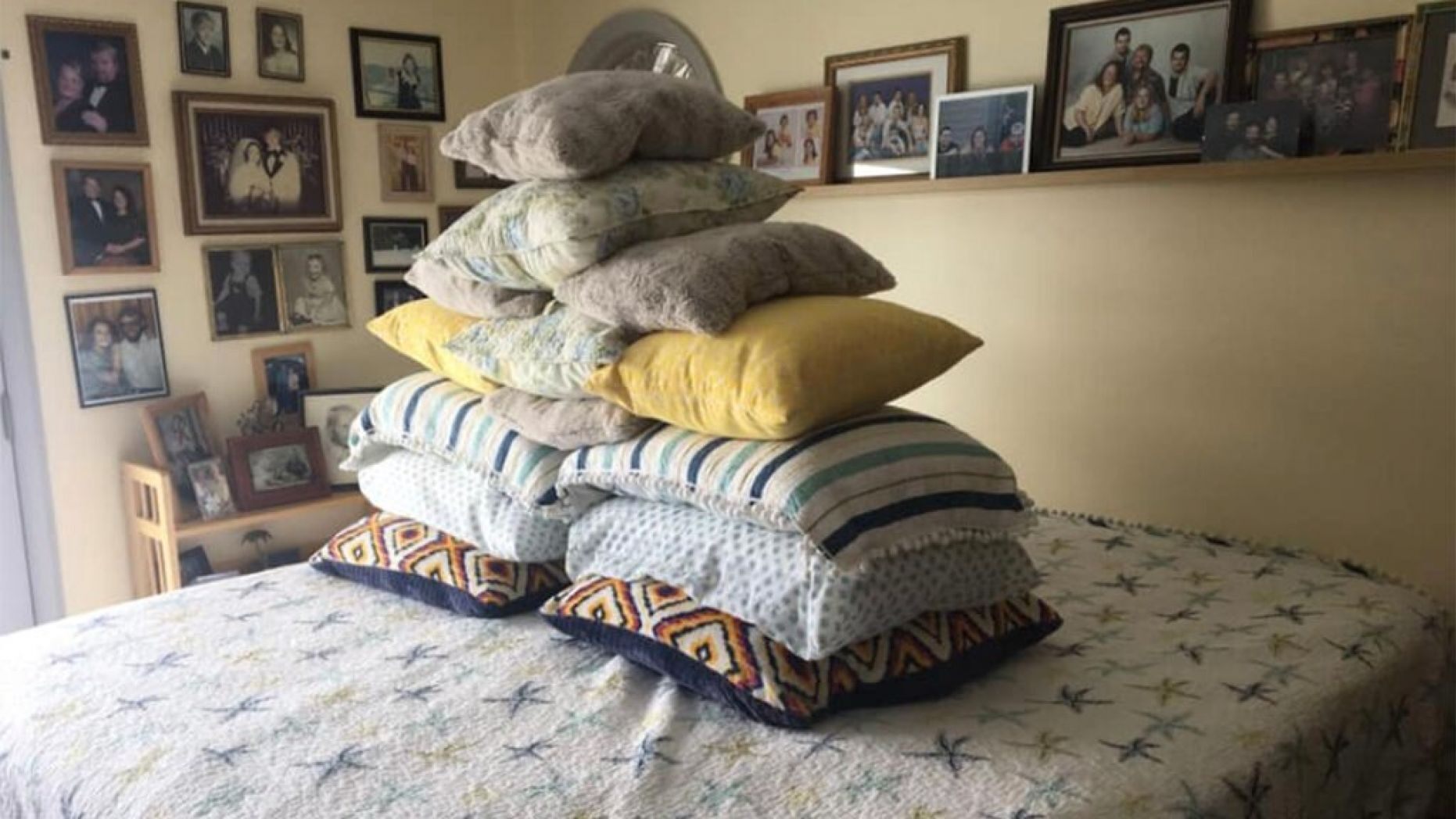 However, the basic stacking-pillow technique he used the first day quickly turned into a more inventive and decorative process, utilizing the throw pillows, stuffed animals, and even, at one point, a stool and an inflatable flamingo. 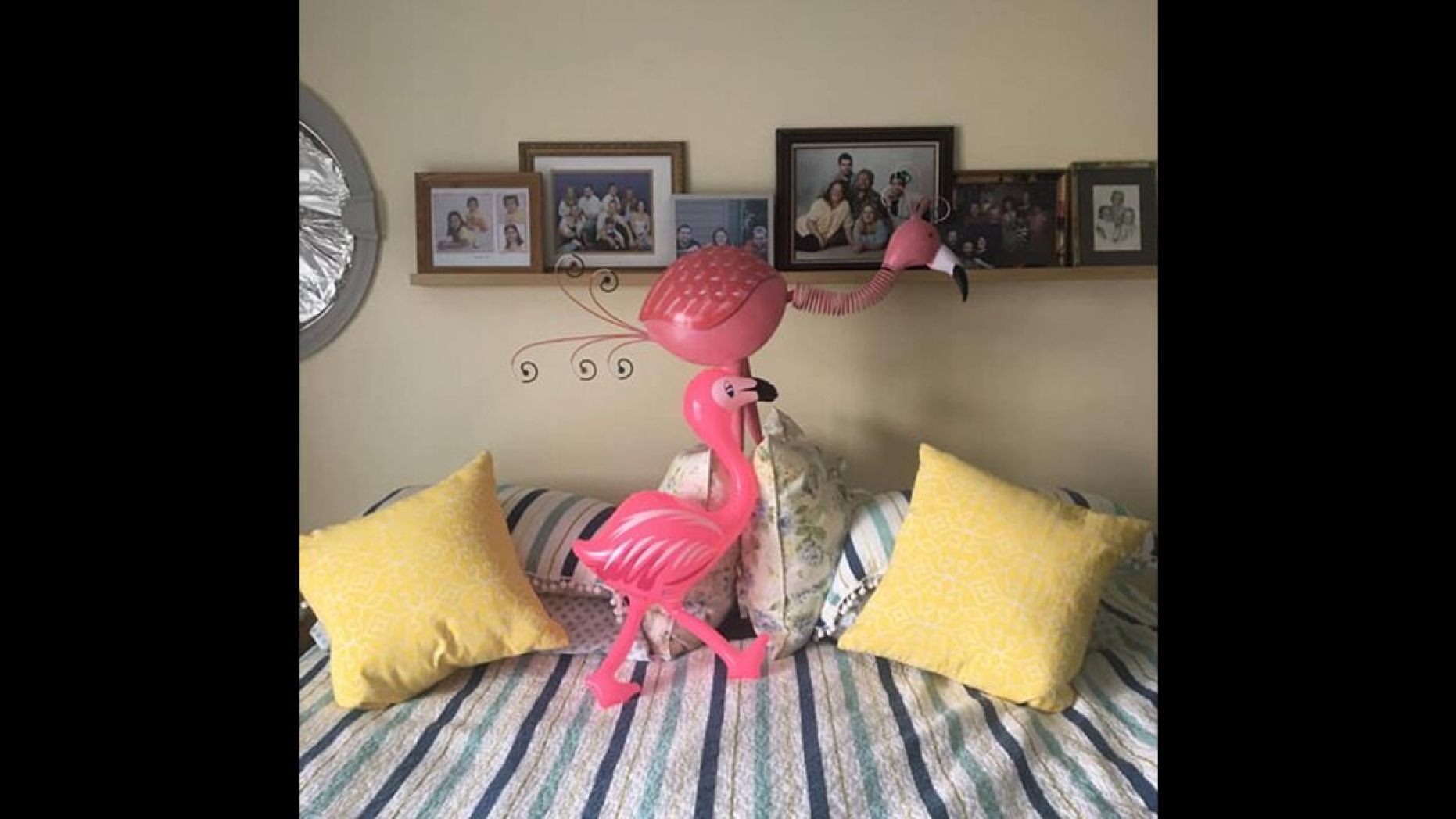 Joanne, and the couple’s daughter Jessy, began sharing the clever bed structures on Facebook each day, much to their followers’ delight.

“I couldn’t believe the interest his little creations have had. I guess other couples can just relate to a husband not knowing what he’s doing around the house.”