Meghan and her family have issues handling and working through conflict, which is why many people are so concerned for Harry.

Growing up, Meghan Markle’s relationship with her father was like any other young girl’s—they were close but also had their normal father-daughter ups and downs.

But one thing was certain, Meghan’s father, Thomas Markle, supported his ambitious young daughter’s dreams of becoming an actress.

Meghan’s parents split up when she was around 11 years old and she lived with her father during the week while she attended private school that he funded. She was in a lot of school plays and programs, and her father was always there to support and help her. 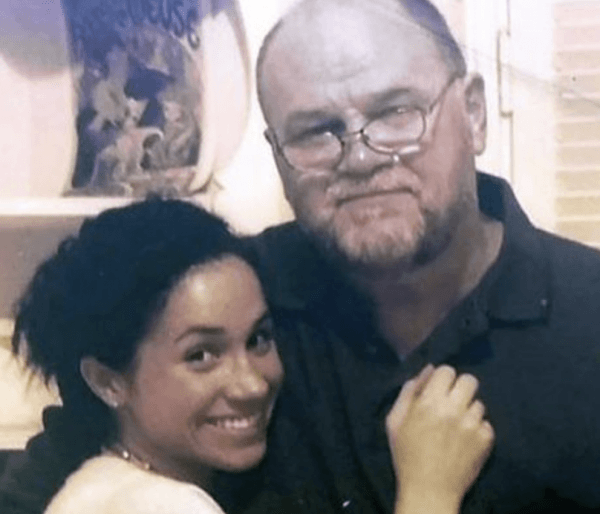 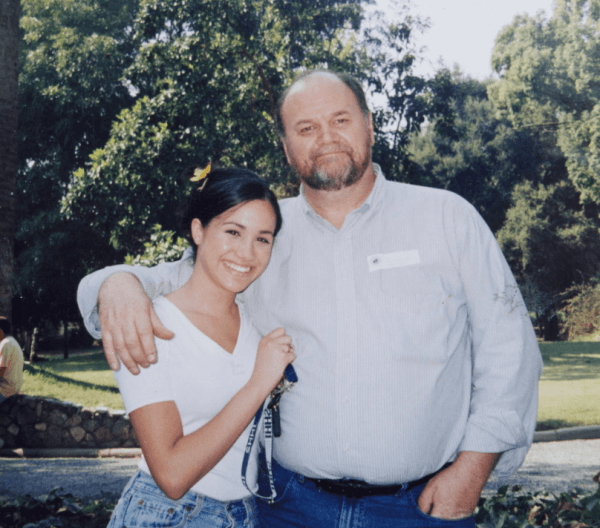 Thomas Markle also paid for her college tuition and later, when Meghan wanted to start acting, he pulled some strings and got her a small role in ABC‘s daytime soap opera “General Hospital,” where he worked as a lighting director.

When Meghan and Harry announced their engagement, Thomas Markle’s name appeared on the official Palace announcement. Meghan asked her father if he would walk her down the aisle and he was thrilled.

Everything was coming up roses…until one day, just weeks before the wedding, it all changed.

Once the engagement was announced, Meghan’s family was swarmed by the press—and if you’re not savvy, these press vultures can easily manipulate and bamboozle you.

A few weeks before the wedding, some surprising paparazzi photos of Thomas were published. The images included him getting fitted for a suit (presumably for the wedding), studying a book about Britain and looking at pictures of Meghan and Harry online. Just days before the wedding, the Daily Mail revealed Thomas had coordinated with a photographer to stage the shots. [Biography]

Thomas worked with a reporter to “stage” the photos to look like they were taken without his knowledge. He initially lied to Meghan and Harry and said they were “paparazzi photos.” Then the truth came out, and they discovered he was paid for the pictures as well. 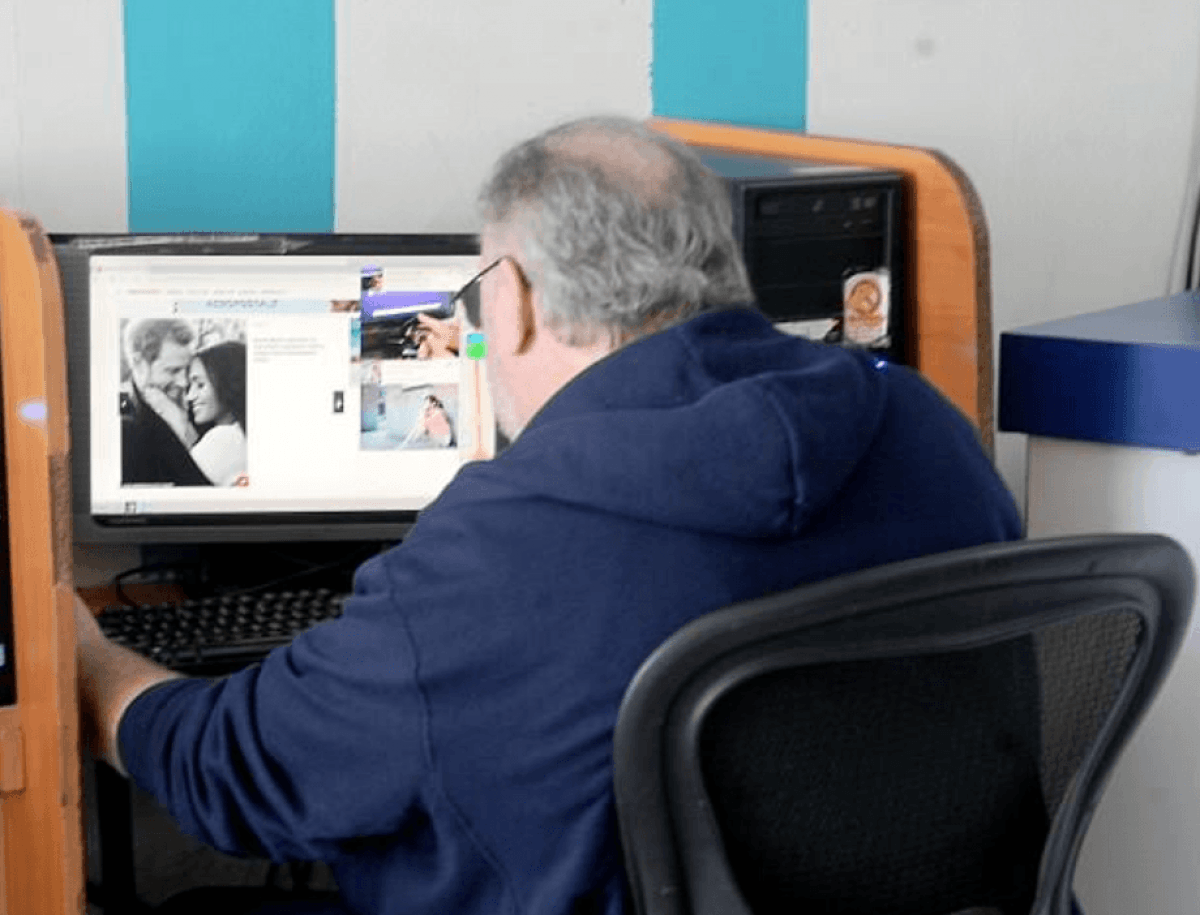 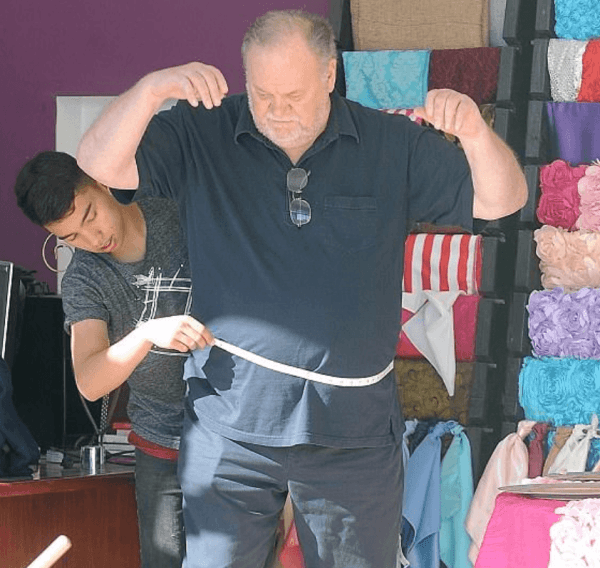 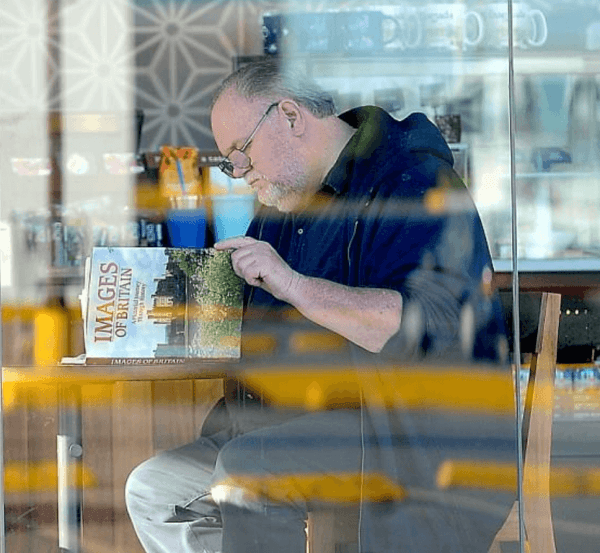 When the paparazzi scandal blew up, Thomas Markle decided not to go to the wedding because he was embarrassed over the fallout.

Meghan and Harry, who wanted to avoid an even more salacious story by Thomas not attending, urged him to come to the wedding. He agreed, but at the last minute was unable to go due to a “heart attack” and subsequent treatment.

Meghan and Harry were livid and cut off communication with her father. Meghan did not contact him when he was recovering from the heart situation—the family divide widened.

And to make matters worse, Thomas started speaking to the press again.

Thomas was soon talking to British papers as well. In July, the Daily Mail published an interview with him in which he complained about being cut out of Meghan’s life: “What riles me is Meghan’s sense of superiority. She’d be nothing without me. I made her the Duchess she is today. Everything that Meghan is, I made her.” The next month, he admitted to the paper that he’d initially lied to Meghan and Harry about his involvement in the staged paparazzi photos and that he’d hung up on one of their phone calls.

Thomas also gave two interviews to The Sun in the summer of 2018. In July he told the paper that Meghan looked “terrified” in her new life. In August, he compared the royal family to a cult.

To prove how close he and Meghan had once been, Thomas shared loving notes from his daughter with the Daily Mail in December. In addition, that month he again talked via satellite with Morgan on “Good Morning Britain.” Though he’d been giving interviews in August, he said, “I’ve been quiet for six months, and no one has returned anything back to me, no one’s said a word to me.” He then wondered if Queen Elizabeth II could help heal the rift between him and Meghan. [Biography]

During an interview with Piers Morgan on “Good Morning Britain,” Thomas shared that Meghan and Harry wanted a baby and then he brought up Harry’s views on Brexit and President Trump (discussing politics is a major “no-no” for royals).

Meghan wrote her father a letter and asked him to stop hurting her by speaking to the press—but he did the unthinkable and shared the letter with Daily Mail.

Now, Thomas Markle is a regular spokesperson regarding his daughter’s ongoing royal drama.

But, it’s not just Meghan’s father who is estranged from his daughter and speaking to the press. Meghan’s step-brother and step-sister are also critical of their “sister” and paint her to be a spoiled-rotten girl who uses people to get ahead.

Her step-brother says that Meghan wouldn’t even be a royal if it wasn’t for his father who pampered and spoiled young Meghan and paid for everything she ever wanted.

Meghan Markle’s half-brother claimed that she never would have married Prince Harry if her father hadn’t “paid for her education and fancy clothes.”

Thomas Markle Jr. spoke with the Mail Online last week about his father’s broken relationship with the duchess, saying: “I hope Meghan gets in contact, but my dad needs to prepare himself for it never happening.

“She did not get in contact after his heart attack.”  [Insider]

All families have fights and arguments, but it’s how you handle those difficult situations that determine the outcome. Clearly, Meghan and her family have issues handling and working through conflict, which is why many people are so concerned for Harry.

Will Meghan’s bad family habits wear off on Harry and will he end up as estranged from his family as she is from hers?

This piece originally appeared on WayneDupree.com and is used by permission.

Read more at WayneDupree.com:
Report: Meghan Furious, Lashes Out at Royals “If Anyone Should be Insulted, It’s Us!”
[VIDEO] Gwyneth Paltrow Brags that Her 13-Year-old Son is “Proud” of Her For Selling Vibrators Online
Eric Holder Tweets a Disturbing Warning to Trump on Coronavirus With a Photo of an Assassinated President

Prince Harry and Meghan Markle Respond After Learning U.S. Won’t Foot the Bill for Their Security

Doctors Applaud Recovered COVID-19 Patients as They Leave the Hospital