Earlier this week, a mysterious Los Angeles subway singer went viral because of her incredible talent. Now, the identity of this mystery woman has been revealed.

The woman has been identified as 52 year-old Emily Zamourka, who was left homeless after falling ill and racking up huge medical bills. She became a viral star this week after a police officer captured her singing at a subway station in Koreatown in Los Angeles. As she holds bags full of her possessions, Emily can be seen in the video serenading the cop with a breathtaking Puccini aria. 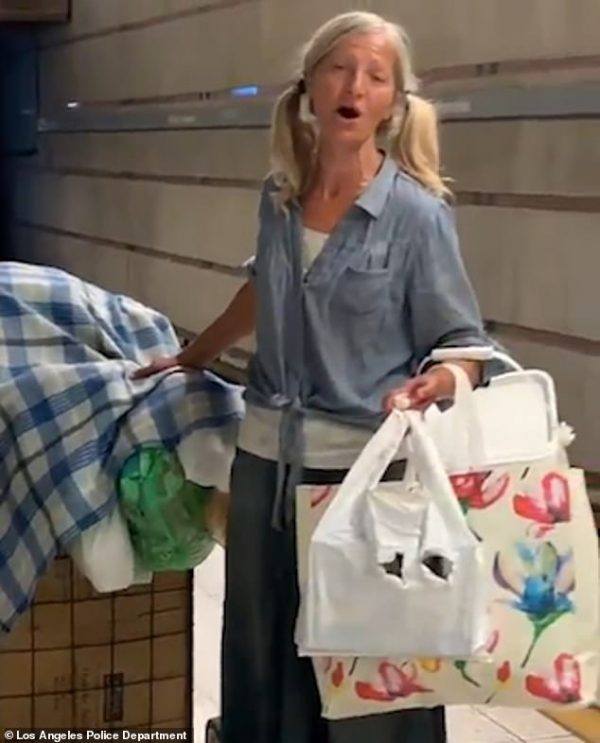 After the video went viral, Emily was identified by friends who recounted how her healthcare bills made her homeless before she had her prized $10,000 violin stolen on the streets.

Emily moved to the United States from Russia 24 years ago, and she spent years making a living teaching piano and violin lessons. Life took a turn for Emily when she began suffering from serious health issues that caused her to rack up medical bills. She was forced to take other odd jobs and start busking on the street just to make ends meet, and she managed to survive like this for awhile. However, everything changed for Emily three years ago, when her $10,000 violin was stolen while she was performing on the streets of downtown LA.

“It was my income,” Emily said. “It was my everything to me. That’s when I became homeless. When I could not actually pay any of my bills and could not pay anymore of my rent.”

Emily was evicted from her house soon after the violin was stolen, and she has been homeless ever since. Now with no instruments, Emily performs in the subway for commuters because “it sounds so great.”

“I am sleeping actually on the cardboard right now, in the parking lot,” she said. “I am sleeping where I can sleep… I have people that feel sorry for me, but I don’t want to be a burden to anybody.”

“I will be so grateful to anyone who is trying to help me to get off the streets, and to have my own place, to have my instrument,” she said.