An adorably hilarious video is going viral this week showing some young teachers teaching a Tennessee police officer their dance routine after a football game.

The little girls had just cheered on the Monterey High School Wildcats in their football victory over Jackson County when they were approached by Officer Andrew Neff, who wanted to get his cheer on too. Though he towered over the girls, they went to work trying to teach him their routine. 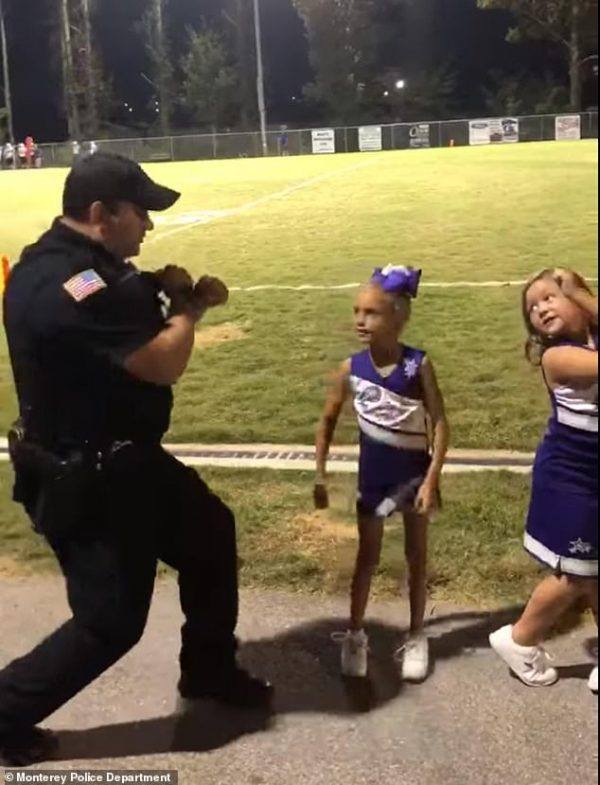 The cheerleaders clearly were not shy at all, as they can be heard yelling instructions at Neff in the video.

“Stand up and stop them!” the girls chant as Neff tries to keep off. The officer had initially asked to watch them perform their routine slowly in an attempt to memorize their moves. When he thought he was finally ready to perform the routine, he ended up getting many aspects of it wrong, causing the girls to burst out laughing.

“In celebration of the Wildcats win tonight, Officer Neff took the time to learn some new, very much needed, dance moves,” the Monterey Police Department wrote alongside the video as they shared it to social media. “A special thanks to the cheer leaders for putting up with his two left feet. He will definitely be keeping his day job.” 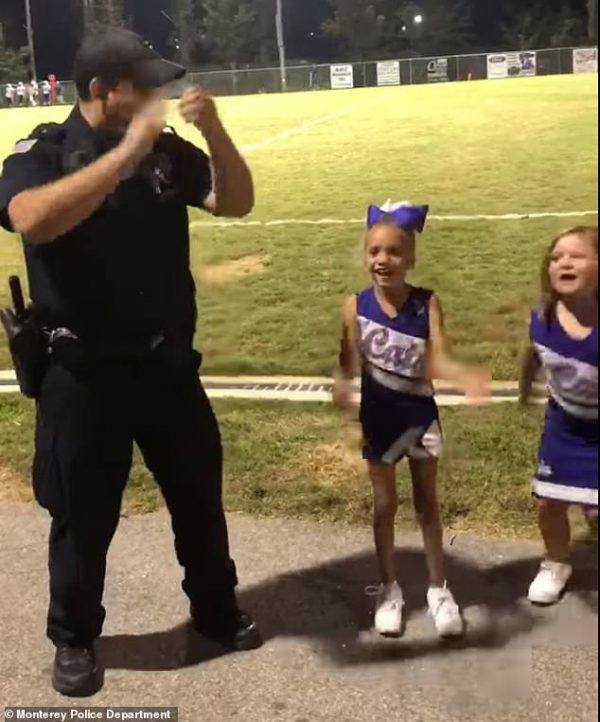 Video of the adorable moment has quickly gone viral, making people smile all over the nation.

“What a Good Sport!” one social media user commented. “He may have to keep his day job, but with a little practice, I see a second career for this Officer. You Go, Guy!”