We’ve all had those moments when we’re having so much fun that we don’t want it to end. Now, a video is going viral in which a dog has a hilarious way of dealing with the feelings that come with this!

Ryder is a Labrador and basset hound mix who has never been shy about letting his owners know how he feels. Ryder is also not afraid to make a scene, especially when his owner Sean Tornetta is not giving in to his demands. 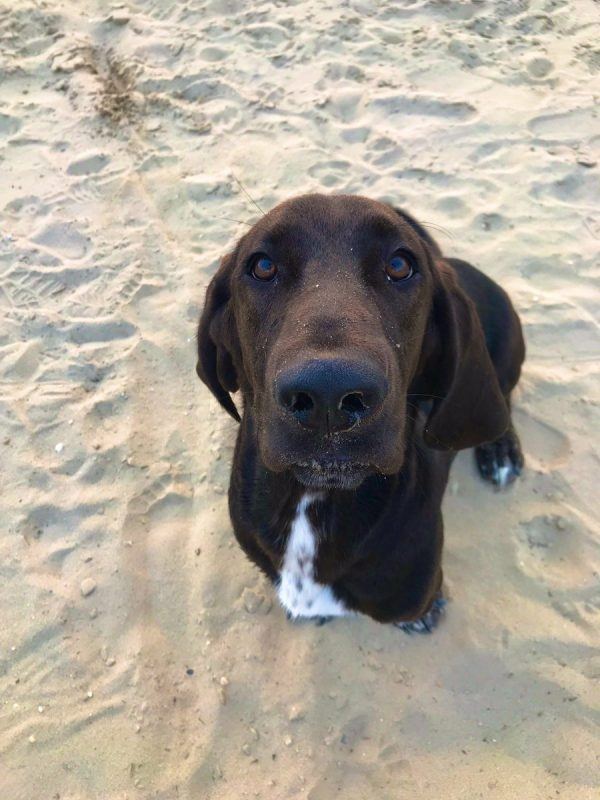 Ryder loves nothing more than going out for walks, as he hates being cooped up inside the house. In fact, he loves his walks so much that he puts up a fight whenever it’s time for them to end!

Each day, the walk turns into a power struggle between Ryder and Sean the closer they get to their house. Just when they are about to get to the house, Ryder will stop dead in his tracks and dramatically collapse to the ground, refusing to move. Sean has since filmed some hilarious videos of Ryder’s protests, which typically end with the owner picking up the dog and taking him home. 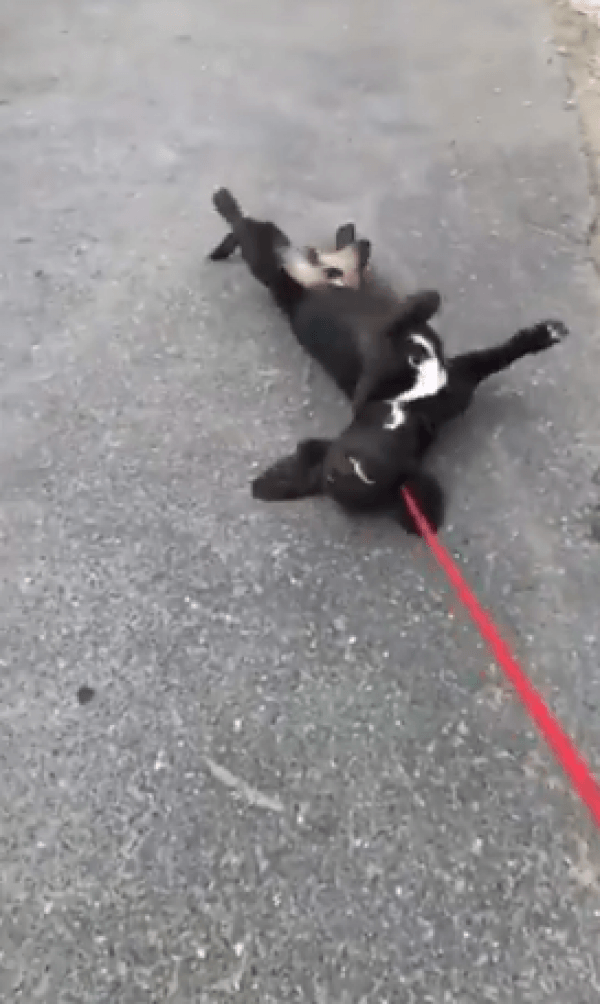 By now, Sean knows that Ryder’s antics are just for show.

“He pretends like he is exhausted, but every time he drops, he is a block or so from our house,” Sean said. “He is in shape and can certainly make it. We’ve seen him spring and play for hours at the dog park, so we know it’s all an act.” 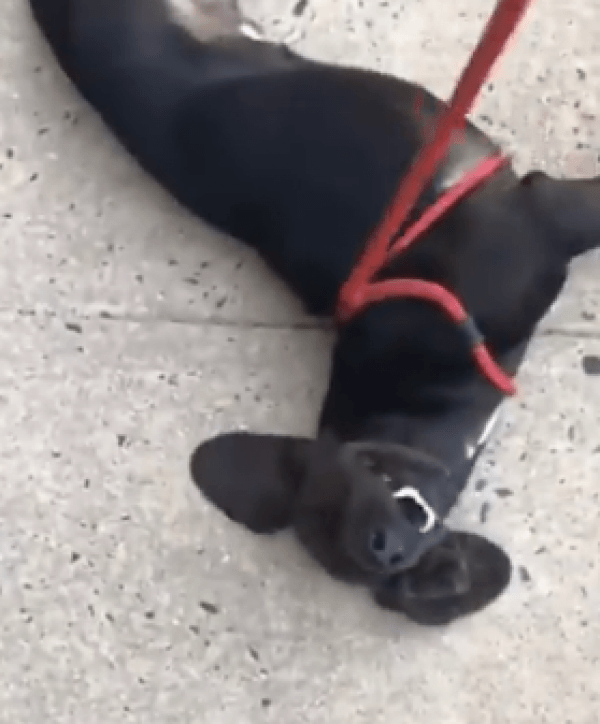 Sean can’t deny that he gets a kick out of Ryder’s protests, and millions of other internet users do as well, since his videos have gone mega-viral. That being said, Sean is still trying to stop Ryder from carrying out these antics soon.

“The second I start to wiggle my pocket with treats, he springs right back up like nothing happened,” Sean said. “It’s quite hilarious how sneaky he thinks he is.” 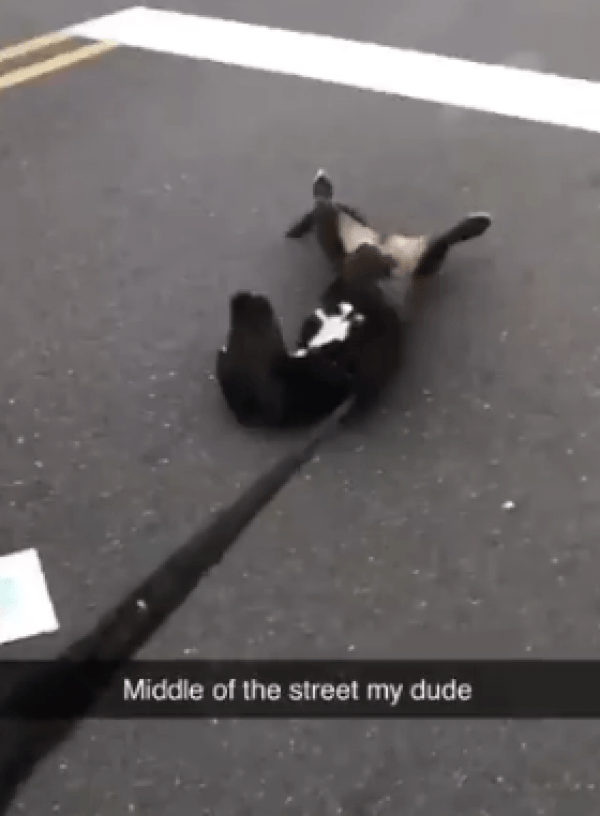 Check out one of Ryder’s funniest protests in the video below!

This is how my dog protests coming home from a walk. This happens every time pic.twitter.com/a6el7A92Xq