Hurricane Dorian hit the Bahamas last weekend, wreaking havoc on everything in it’s path. The Category 5 hurricane was the strongest Atlantic hurricane to ever make landfall, and while five human deaths have been reported so far, nobody knows how many stray dogs were killed by it as well.

“Nearly everything is gone,” explained Bahamas Foreign Minister Darren Henfield, with news correspondent Marcus Moore adding, “I have never seen destruction like this on this scale on an island before.”

Knowing that the storm was coming, one woman took it upon herself to save as many of the famous stray dogs in the Bahamas as she could. 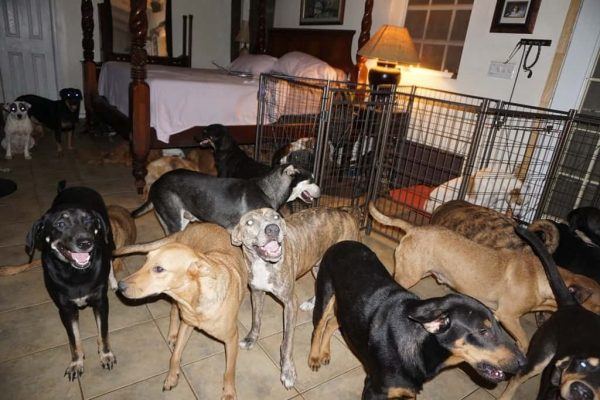 Chella Phillips is a Nassau resident who runs the Facebook page “The Voiceless Dogs of Nassau, Bahamas.” On Monday morning, after the worst of the storm was over, Chella posted a truly amazing photo on her page.

“97 dogs are inside my house and 79 of them are inside my master bedroom,” she wrote alongside it. “It has been insane since last night, poop and piss non stop but at least they are respecting my bed and nobody has dared to jump in.” 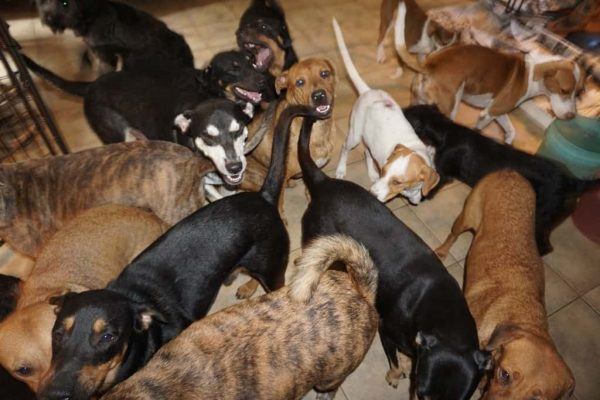 “We have barricaded the refuge and nobody is outside,” she added. “The music is playing in all directions of the house and the AC is blowing for them.”

Chella was hoping that shelters would come forward to take the dogs off her hands, but she now believes she’ll have to find adopters for the dogs herself.

“I still have 79 dogs at my refuge, and there doesn’t seem to be many rescues willing to help me with finding them homes,” she said. “Without partner rescues taking in some of my babies, they will be stuck here in limbo, just waiting for the future that I promised them.”

Since Chella’s post went viral, and many have stepped up to help. A fundraiser has been set up to help cover her costs, and at this time, it has already surpassed her goal by 850%.

“I need you all for financial support, to continue helping this island’s homeless. Just as important, I need your help to find forever homes for my babies,” Chella pleaded. 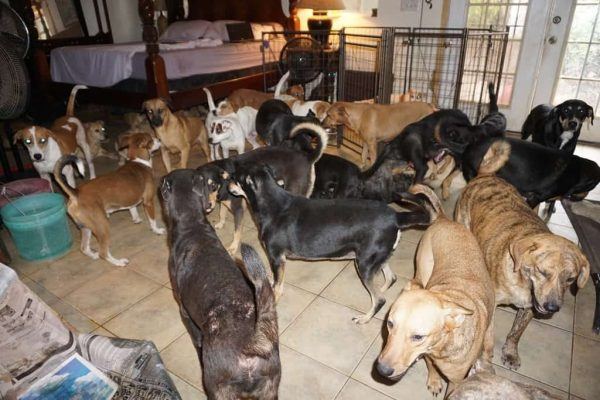