Whether you are a human or an animal, losing a mother is an incredibly difficult and devastating thing to go through. Sadly, that’s exactly the situation that this baby gorilla found herself in after her mother was killed by poachers.

A powerful photo was recently taken by photographer Phil Moore at the Virunga National Park in eastern Democratic Republic of Congo by photographer Phil Moore. The image shows a baby gorilla at the sanctuary who was in mourning after her mother was killed by poachers. She needed someone to comfort her and let her know that everything would be alright, and thankfully, park ranger Patrick Karabaranga stepped up to do just that. 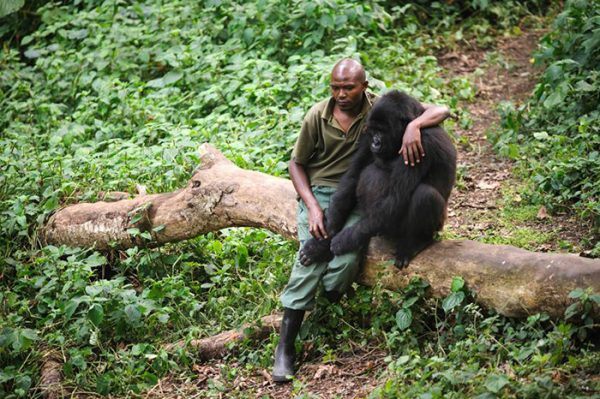 The photo has quickly gone viral, touching the hearts of people all over the world. The image serves as a reminder of just how horrific the practice of poaching is. The gorilla in the picture is one of four babies who was left orphaned after they lost their mother to poaching. Now, these four babies will need to face the world alone without a mother to guide them, all because of the greed and selfishness of poachers. 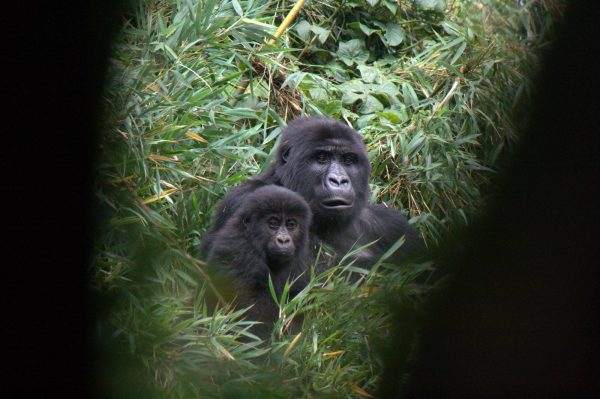 Virunga National Park is the home of around 200 mountain gorillas who make up a quarter of the population of their kind. Mountain gorillas are considered to be critically endangered not only because of poaching, but also because their natural habitat of rainforests are being destroyed. Big corporations who benefit from logging, agriculture and mining make it easier for poachers to get into the forests and kill gorillas for their meat. 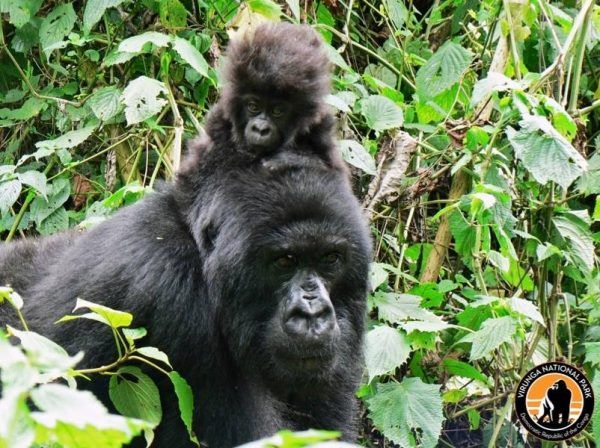 If we don’t put an end to deforestation immediately, these animals will go extinct in just a few years. Please join us in saying a prayer for them, and let’s all do what we can to save them.