When a third grade teacher recently asked her students to write a letter to God, the results of the assignment could not have been more hilarious. The students ended up writing letters to God that were both hilarious and heartbreaking, and they have since gone viral in a big way.

The teacher began by asking her students what they would write to God. The thirty children responded with many different answers that ranged from confessing that they preferred a puppy over their siblings to wanting to know why God made giraffes look the way they do. 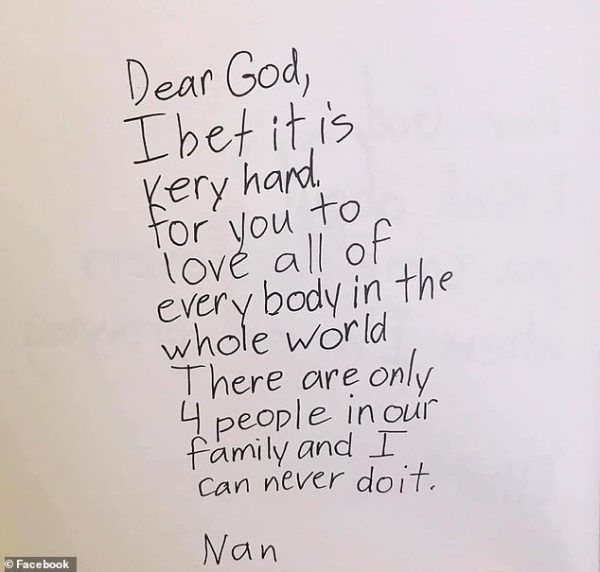 “Dear God, I bet it is very hard for you to love all of everybody in the whole world. There are only 4 people in our family and I can never do it,” one student named Nan wrote. Another little girl name Joyce got especially candid when she wrote, “Dear God, Thank you for the baby brother but what I prayed for was a puppy.”

“Dear God, Did you mean for the giraffe to look like that or was it an accident?” a third student named Norma hilariously wrote. 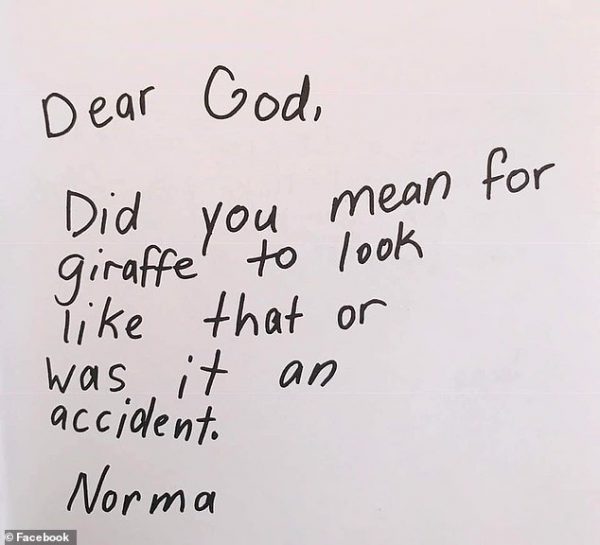 The children asked God many different questions, including whether God was an American, how God knew they were God, and if God was capable of being invisible at all times or if it was just a trick.  Other students asked God for advice, with one wanting approval on a Halloween costume.

“Dear God, On Halloween I am going to wear a Devil’s costume. Is that all right with you?” the child asked in the letter.

“Dear God, I went to this wedding and they kissed right in the church. Is that OK?” another asked. 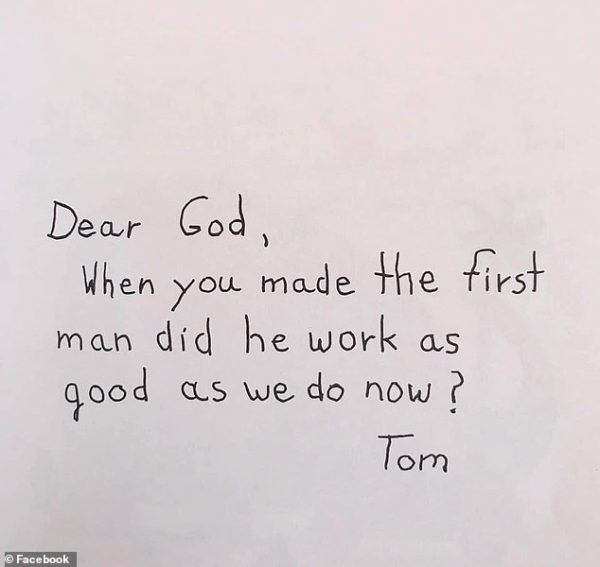 The letters have quickly gone viral, with internet users everywhere getting a huge kick out of them. Kids really do say the darnedest things!