Unfortunately, millions of dogs are abandoned on the streets and taken to shelters and rescue centers every year. There, they spend their days desperately hoping that an owner will come and adopt them, giving them the loving forever home that they crave.

Until that day comes, and it sadly does not come for many of them, the dogs spend their days cooped up inside, often not getting the exercise they need. Shelter workers do the best that they can, but they don’t have the time or resources to give all of the dogs the care that they need.

When a high school cross country team heard about this, they decided to go above and beyond to make the day of some shelter dogs who just wanted love. 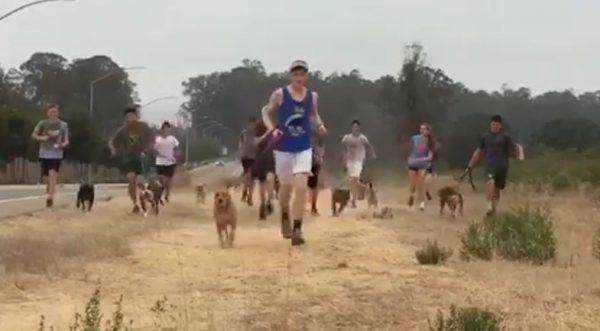 Members of the St. Joseph High School cross country team offered to take dozens of dogs from the Santa Barbara County Animal Shelter on a run with them, with each teenage runner having his own canine companion. A heartwarming video of the run was posted on the team’s Facebook page, and it quickly went viral.

“Got a pretty cool cross country team (& coach!),” read the video’s caption. “Taking dogs from the animal shelter on a Morning Jog! If you see a dog you like, go adopt!” 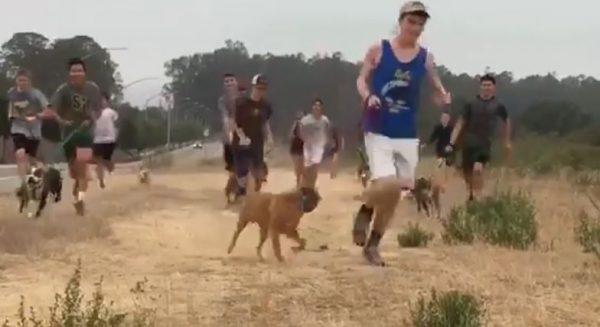 Luis Escobar, the team’s coach, is the person who actually came up with the idea. Afterwards, he said he did not know who had more fun: the teens or the dogs!

“Either way,” he said, “It was a great time and I’m sure we’ll do it again sometime soon.”

The dogs all seemed to love the run, and most of them looked like they could run a few more miles. Some, however, were tired out by the end of it, and little Fred was one of these tuckered-out canines. Fred, who is pictured below, got so tired that he had to be carried the rest of the way by his friend Josh, who was happy to help him out! 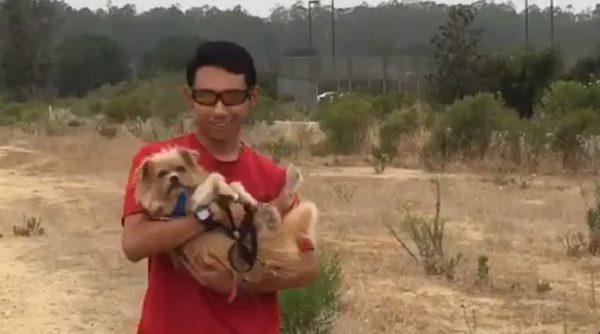 Check out the video below to meet these adorable shelter dogs for yourself!