A wiener dog and a porcupine who are best friends are stealing the hearts of internet users everywhere this week with their adorable friendship.

Estelle Morgan is a zookeeper at the Cotswold Wildlife Park in Oxfordshire, England who has been hand-rearing Diablo the porcupette since he was rejected by his mom. Estelle brought Diablo home with her when he was just a few days old in order to give him a better chance of surviving, and it was there that she introduced him to her dachshund puppy Fig. Much to her surprise, it didn’t take long for the two to become best friends! 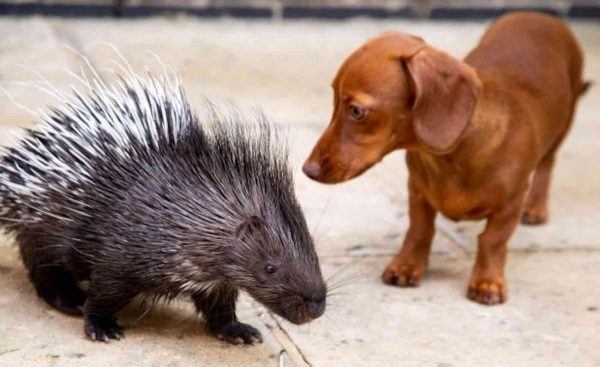 Estelle said that these days, Diablo and Fig play together constantly.

“When Diablo gets excited he will do a buckaroo-style run, where he thrashes his head around and jumps up in the air,” she said. “Under close supervision, they will run around the garden together and Fig has been very gentle and patient with Diablo.” 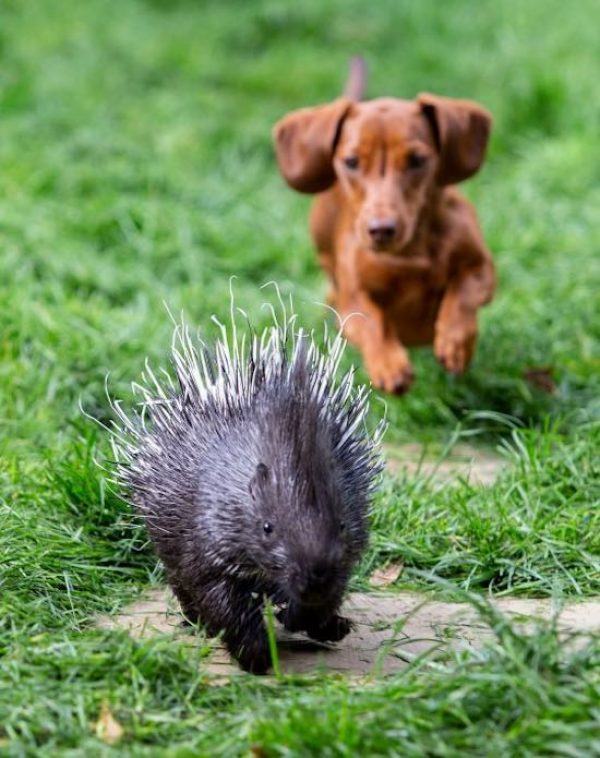 Estelle went on to explain that Diablo had been born to parents Hannah and Prickle at the zoo, but he was quickly rejected.

“[Diablo’s mother] Hannah previously had twins in February that she is still caring for, so it is likely she wasn’t really ready for another baby so soon,” said Estelle. “His unexpected arrival was a big surprise for all of us.”

Though Diablo was “very feisty” from birth, he now shows off his softer side with his best buddy Fig. Estelle still bottle feeds him in her kitchen at her home located within the wildlife park. 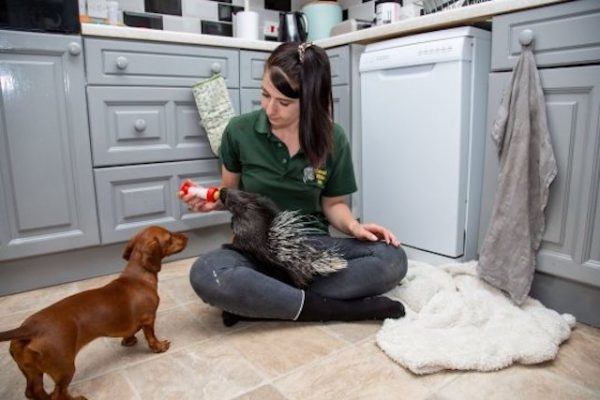 “When Diablo was first born he … wasn’t scared to give me a nip,” she said. “Now he has settled into a good routine and will comfortably follow me around the kitchen and will even come to me for reassurance.”

For Estelle, taking care of Diablo has been incredibly rewarding.

“My most stand out moment hand-rearing Diablo was when he latched on and suckled on his own from the bottle for the first time,” says Morgan. “This happened when he was three days old and was just a huge relief for me—the first few days are always worrying. Now, at six weeks old, he is tasting solid foods so he can go longer in-between feeds, which also means I’ve been able to get more sleep.” 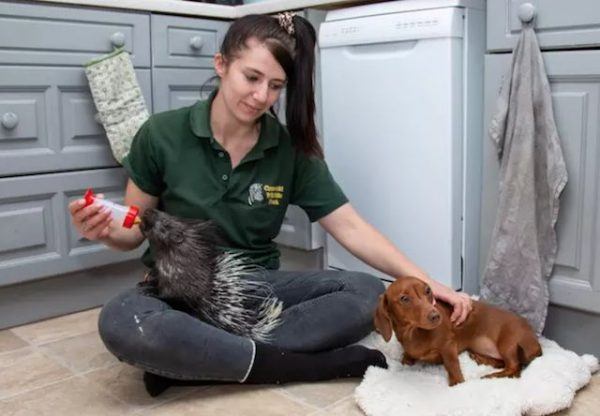