These days, it often seems like only negative stories about police officers make the rounds online. That’s why it’s so heartwarming that a positive story about a cop is going viral this week.

Officer Brad Peck was driving home from work at around 5:30 a.m. one day when he saw a woman wearing a Walmart vest and walking along a dark, narrow road. Brad stopped to offer her a ride which the woman accepted.  By the end of the trip, Brad was inspired to help this woman after learning of her story.

Brad learned that the woman’s name was Anita Singleton, a 52 year-old woman who was on the way to her 7am shift at Walmart. Brad was stunned that Anita had started walking at 4:30am, as the Walmart she works at is located six miles from her home. Anita said that while she usually gets a ride from someone, she has to walk there herself about once a week. When Brad heard this, he knew he had to do something. 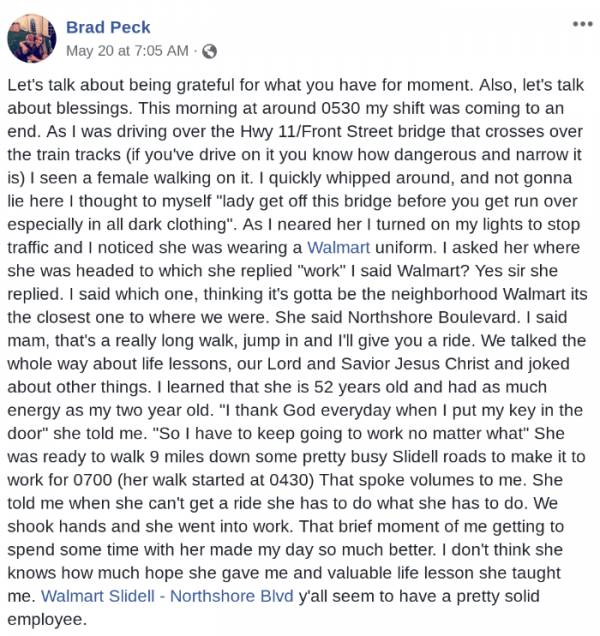 Brad was completely charmed by Anita on their ride, as she shared funny personal stories with him about her life. After dropping her off, he took to Facebook to tell the world about the woman who “has as much energy as [his] 2-year-old.”

Brad’s post quickly went viral and came to the attention of Matt Bowers, owner of a Chevy dealership. He was equally moved by Anita, so he decided to give her a free car! 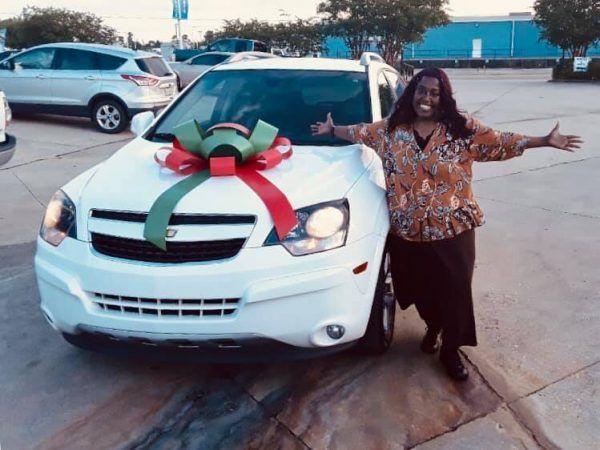 Anita even was given the choice to pick whatever car on the lot that she wanted and drive it right home. She was totally overwhelmed by the kindness of Brad, Matt, and her entire community!

Check out the sweet moment she was given her car for yourself below.