Here Are Five Things You Never Knew About Waffle House

Waffle House is one of the most popular restaurant chains in the United States, as it is beloved by millions of people. That’s why we’ve compiled five interesting things about Waffle House that you likely did not know about before. Scroll through these and learn more about this amazing restaurant chain!

The first Waffle House opened in a suburb in Atlanta, Georgia

The first Waffle House opened in 1955 in Avondale Estates, a suburb of Atlanta, Georgia. The restaurant was opened by neighbors Joe Rogers and Tom Forkner, who initially had no plans to expand their business. As it grew and became more popular, however, they opened a second location in 1957. The rest, as they say, was history!

While you can no longer eat at the original Waffle House, you can still pay homage to it at the museum that is now located there. The Waffle House Museum still has its original 1950s-inspired feel inside, as it has been completely restored. If you’re a fan of Waffle House, this museum is a must-visit! 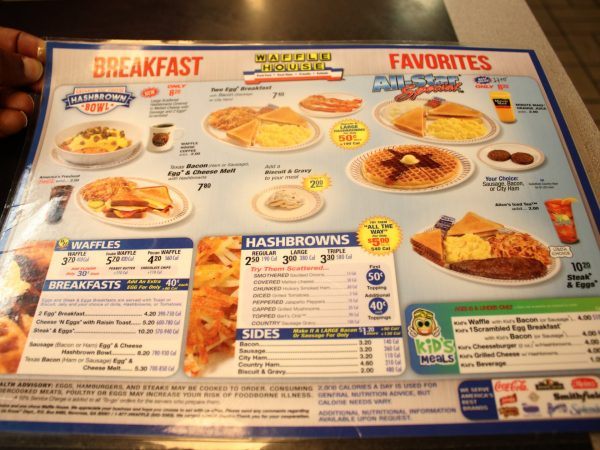 Waffle House has four different secret menus that are each for various different types of disasters. They have a menu for when the power is out, a menu for then the water is not running, and two other limited menus that feature a wider range of choices depending on how many customers are in the restaurant. Nobody can say they aren’t prepared!

The hearty breakfast chain serves up 145 waffles per minute

This does not even include the other menu items they’re furiously whipping up. On average, Waffle House restaurants around the world serve up to 341 bacon strips, 238 orders of hashbrowns, and 127 cups of coffee per minute. Since opening in 1955, Waffle House has prepared more than 2.5 billion eggs and 1.3 billion orders of grits.

You may not know that Waffle House makes jukebox-style songs to play at Waffle House locations around the country. The music label was started in the 1980s by Joe Rogers Sr., one of Waffle House’s co-founders, and lyrics of the songs touch on a diner’s experience at the restaurant, including what they may eat. Some of the songs released by the label include “They’re Cooking Up My Order” by Alfreda Gerald and “Waffle House For You And Me” by G’ane.

Kelly Osbourne Is Unrecognizable After 85 Pound Weight-Loss – ‘Can You Believe It?’

Simon Cowell Rushed To The Hospital After Electric Bike Crash