Anyone who has ever been a parent to a toddler knows that children that age always keep you on your toes. Breana Naylor is someone who knows this all too well, as she is the mother of two children under the age of 5.

Breana was recently enjoying a rare moment of rest while her 3-year-old son Colt, and 2-year-old daughter Kimber played in another room. Breana doesn’t often get moments to herself like this, but this one would take a disastrous turn she never expected.

“A few more peaceful minutes pass and I’m like, ‘Fine, I’ll be a responsible parent and check on my kids,’” she jokingly recalled.

Breana ended up finding her kids hiding in her closet behind some dresses.

“I saw the long cut pieces of hair before I saw them,” she said, adding that Colt was “holding the scissors up to Kimber’s head and she was sitting very still as if he instructed her to do so.”

Yes, Colt had given Kimber an impromptu haircut! 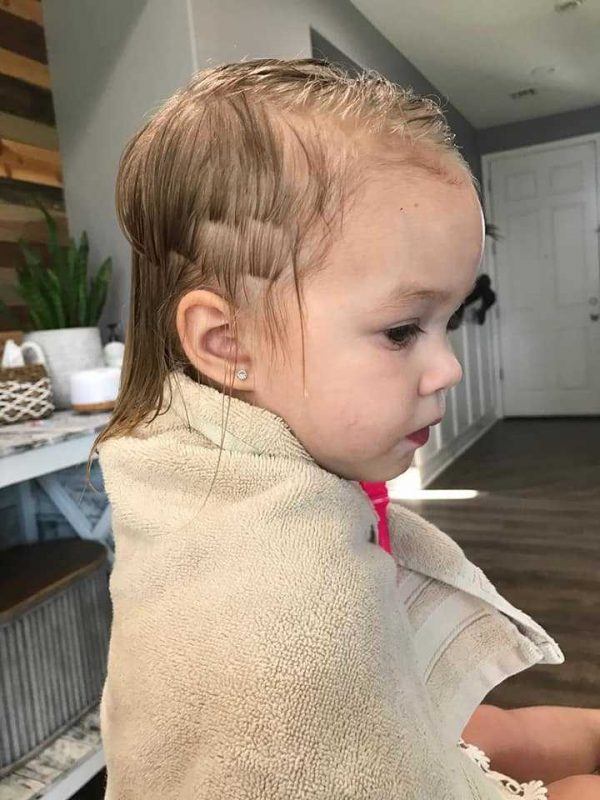 While many parents would have immediately lost it, Breana saw the humor in the situation right away.

“When I saw the damage, I just laughed,” she said. “My husband was pretty upset, though.”

Breana did not hesitate to text her friend Jen Bullock, who works as a hairstylist, telling her that she had a hair emergency on her hands that would require a house call.

“We had been chatting earlier in the day about cutting my hair,” she explained, “So, I said ‘Jen, forget about my hair, Kimber needs your help!’” 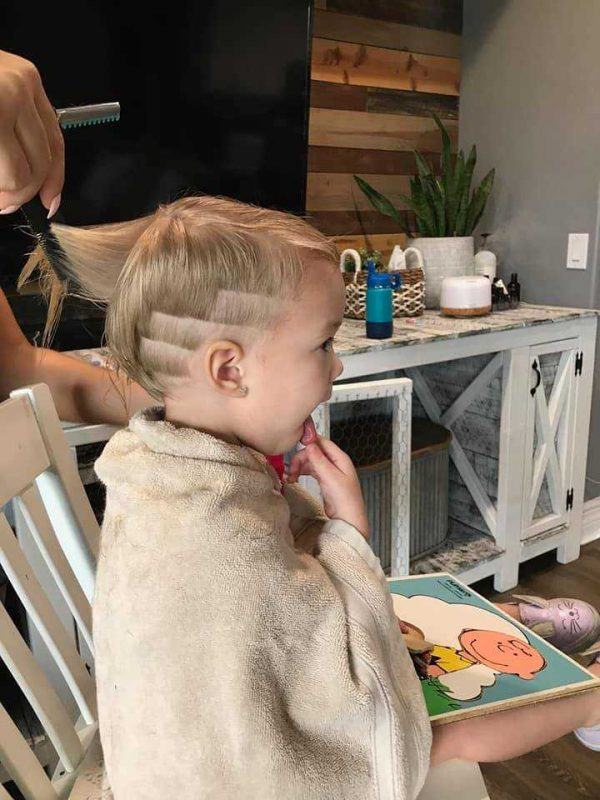 Jen was at the Naylor family’s doorstep within an hour, and she quickly worked her magic on Kimber. By the time Jen was done with her, Kimber had an awesome new hairstyle that made her look cooler than ever! 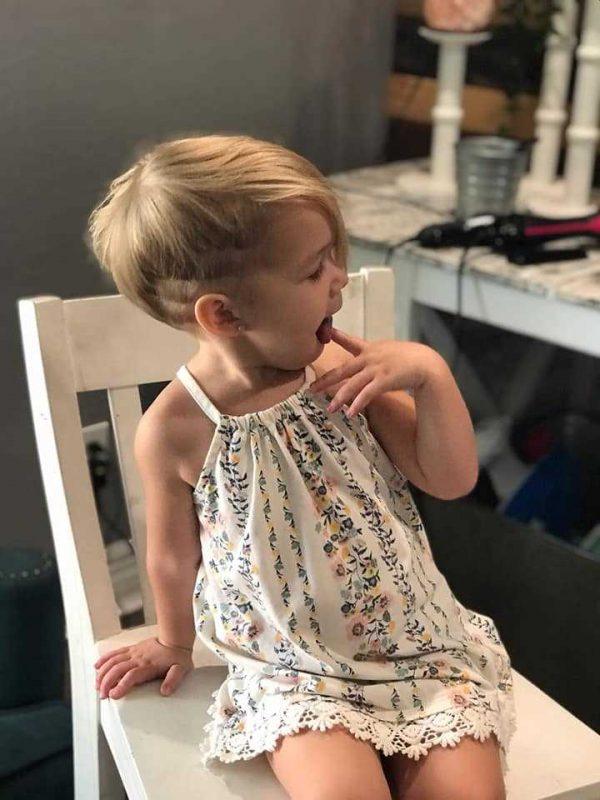 “I’m not sure if Kimber realizes how rad she really looks,” her mom said. ”It’s as though her hair matches her spunky personality now, or maybe she’s more spunky because of her rad hair.” 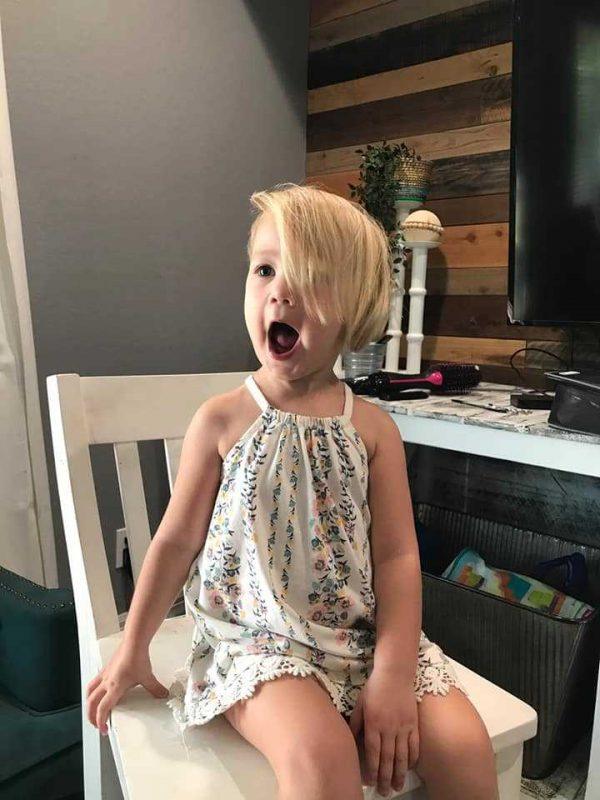 “You did a good job!” one person wrote, with another adding, “She is rocking that awesome style.”

Breana has been left shocked that before and after photos of Kimber’s look went viral. She concluded by saying that she has given her kids a stern talking to about not playing with scissors, especially around hair. Breana added that Colt “definitely understands that he’s not to use scissors unless Mommy is there to supervise” going forward.