An enormous alligator was just captured by hunters in Georgia, and the creature has set a new record for the state.

Captured last weekend, the alligator weighs 700lbs and measures 14-feet and 1.74 inches in length, beating the previous record set in 2013. Derrick Snelson, of Meriwether County, was hunting on Lake Eufaula along with his 14 year-old daughter Shelby and some professional hunters with the Lethal Guide Service when they came upon the alligator.

Three hours into their boat ride, the hunters saw the the enormous reptile laying by a lily pad.

“None of us knew he was that big until it was over,” said Derrick. “We just knew he had a nice-sized head on him. We  started going toward him and he went under the water and stayed gone for 45 minutes before he surfaced right in front of us and went back under.”

The hunters tried to get the alligator for five long hours, as the creature would only come above water for a few seconds at a time. 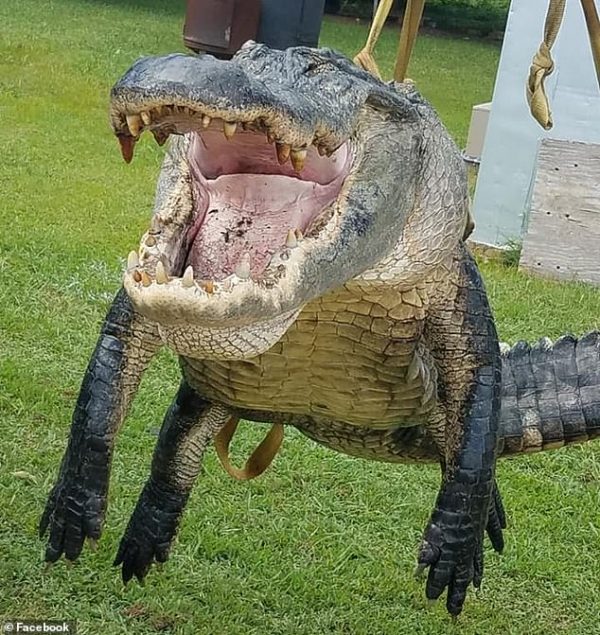 “We just stayed at it,” Derrick continued. “Every time he would go down, I would say, “That gator is gone. He’s out of here.” Then 45 minutes later, he’d pop his head back up. That’s the good thing of going with a guide service. They’ve already seen this happen. This is only my second time going gator hunting ever.’

‘We finally got the big hook in him,” he said. “Once we got him with the big rope, they pulled him up beside the boat, and I shot him with a crossbow bolt through the tail just to have him on a buoy in case he broke off, and we could tell where he went.”

Finally, Derrick killed the alligator by shooting it in the head with a 40-caliber Glock.

“He was a mammoth, it was crazy to see something like that,” Derrick said. 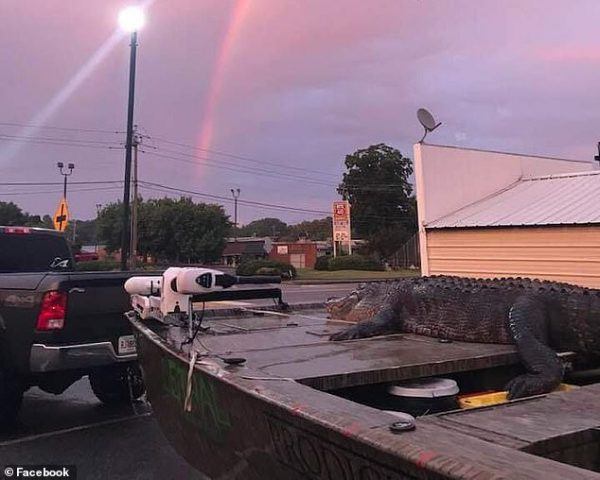