Hurricane Dorian wrecked havoc on the state of Florida this past week, and now, one couple is going viral with the hilarious way they saved their car from being blown away in the storm.

Patrick Eldridge decided to park his Smart car in his kitchen to both save it from the hurricane and to prove that he could actually fit the car inside his kitchen. His wife Jessica Eldridge explained that the car had already been in their garage, but to avoid having to clean their garage out, Patrick proposed to park it in the house.

“I said there was no way he could. He said he could,” Jessica said. “So he opened the double doors and had it in. I was amazed that it could fit. He had it in with no problems.”

Because the car was in the middle of the kitchen, Jessica had to move around it to cook and serve dinner.

“I’m hoping he will pull it out pretty soon once the wind dies down,” she said. “There is room and it’s not in the way but my dogs are confused by it.” 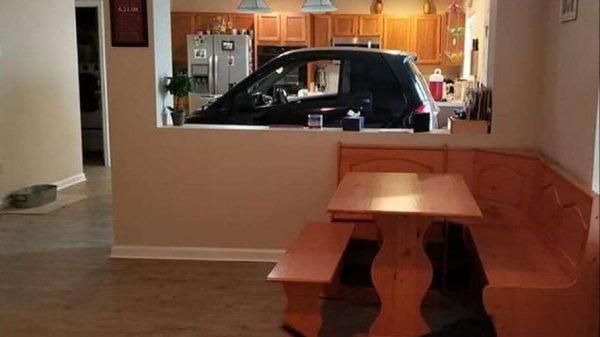 Hurricane Dorian ended up just missing Jacksonville as it headed northward along the Georgia, South Carolina and North Carolina coastlines. The area that was hit worst by the hurricane was the Bahamas, particularly the Abaco Island which suffered mass destruction with the number of human casualties still rising.

Please keep all those affected by Hurricane Dorian in your thoughts and prayers.