When his boat capsized, Mason Ringer of South Carolina tried to swim to shore, but the wind and strong current proved to be too much for him. Giving up, Mason said one last prayer to God, who sent a special angel to save him right in the nick of time.

Mason had been part of a crew hired to refurbish a decrepit dock, and during their lunch break, he and two coworkers decided to take a boat out on the Okatie River. It was a very windy day, and when one of the men stood up, the entire boat capsized, sending all three of them into the cold 58-degree waters.

One of the man managed to swim to shore and get rescued by a Good Samaritan who happened to be driving by. The second one got stuck in a marsh near a nature trail and began screaming to safety. A woman heard his screams and alerted Jason DuBose, who could not believe his eyes when he found him.

“We found a guy stuck up to his waist in pluff mud,” Jason said. “He had hypothermia. He was out of it, stuttering, disoriented … speaking gibberish.”

Tim Helm, a Marine Corps and U.S. Coast Guard veteran, was on the boat helping Jason rescue the man. He believes God put them in the right place at the right time, as the man could not have survived much longer.

Meanwhile, Mason swam as hard as he could, but the cold water caused his muscles to cramp. After an hour of swimming, Mason had no more energy left to give.

“I rolled over on my back and I closed my eyes and said a prayer to God asking him to help me somehow,” Mason remembered. 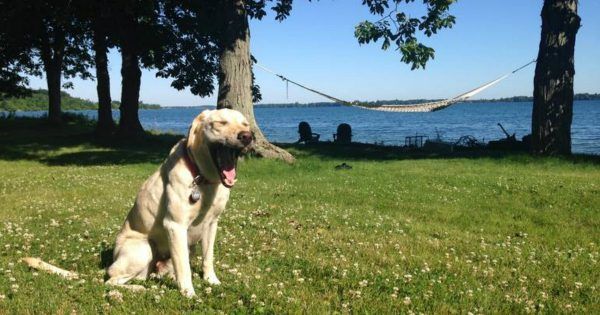 Immediately after finishing his prayer, Mason heard a bark and saw his angel, a yellow Labrador named Woody, swimming towards him.

“When I saw the dog was coming in, I was skeptical thinking I am going to drown this dog while he was trying to save me,” Mason said.

Mason grabbed onto Woody’s tail and held on as the dog swam him towards the dock. When he lost his grip at one point, Woody swam back to him and allowed him to grab his collar before continuing.

“It was almost effortless for him to pull me in,” Mason said.

By the time Jason got to the area to look for Mason, Woody already had him to safety!

“That dog was sticking to him like glue,” Jason said of the moment he saw them. 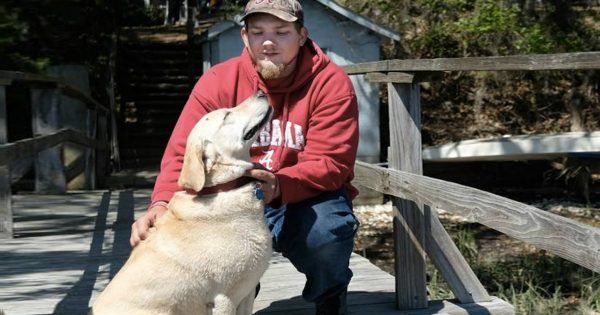 Woody’s family lives in Savannah and happened to be visiting the Okatie area, and the dog had been out getting some exercise when he saved Mason, who could not have been more grateful to the dog for saving his life.

“I went home and kissed my babies,” he said. “I was definitely overwhelmed with joy.”