Officer Jeremy Thomas is a cop from Detroit, Michigan who recently dropped everything to help a homeless man shave on the street. He had no idea that Jill Metiva Schafer had captured his good deed on camera, and she was so touched by it that she just had to share it with the world on Facebook.

“What a great Detroit cop!! This is right outside Comerica park. The game was a rainout but this officer went way above and beyond to help this man shave!!!” Jill wrote alongside the photo. 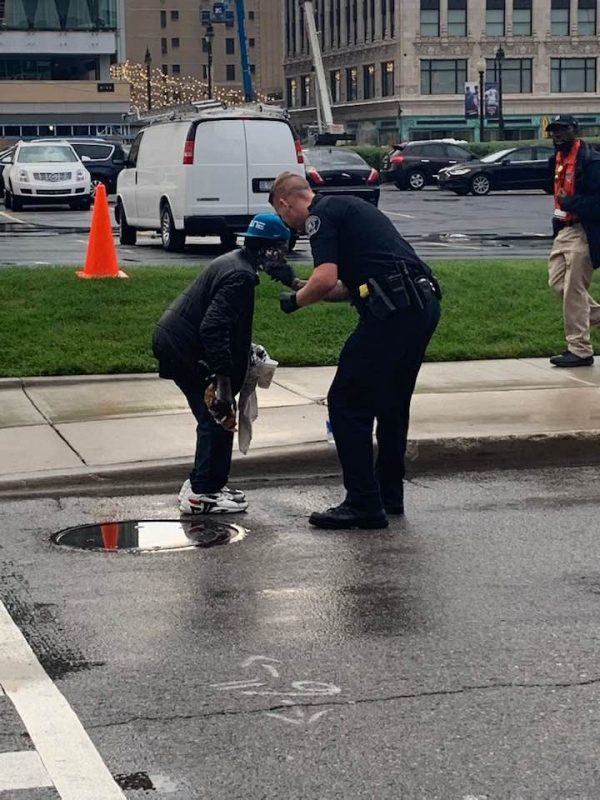 Jeremy, who has been with the Detroit Police Department for three years, told reporters afterwards that he has always loved helping people. The officer explained that the homeless man he was helping had been given a razor, along with shaving cream and a bottle of water, by a woman and her daughter.

When Jeremy approached the homeless man, whose name was Nelson, he was using a puddle to rinse off the disposable razor.

Jeremy then explained to Nelson that he just wanted to help him.

“Nobody is better than the other person,” Jeremy said. “They may be in a better position in life, but use that opportunity to take care of somebody else when you can.”

Find out more in the video below!