When Morgan and Luke recently got married at the beautiful Felt Estate in Saugatuck, Michigan, they had no idea that a very unexpected guest would photobomb their wedding photos.

The wedding photographer wanted to get some photos of Morgan and Luke in the natural environment of the estate. However, things got a little too “natural” when a deer stepped in to steal the show from the couple! 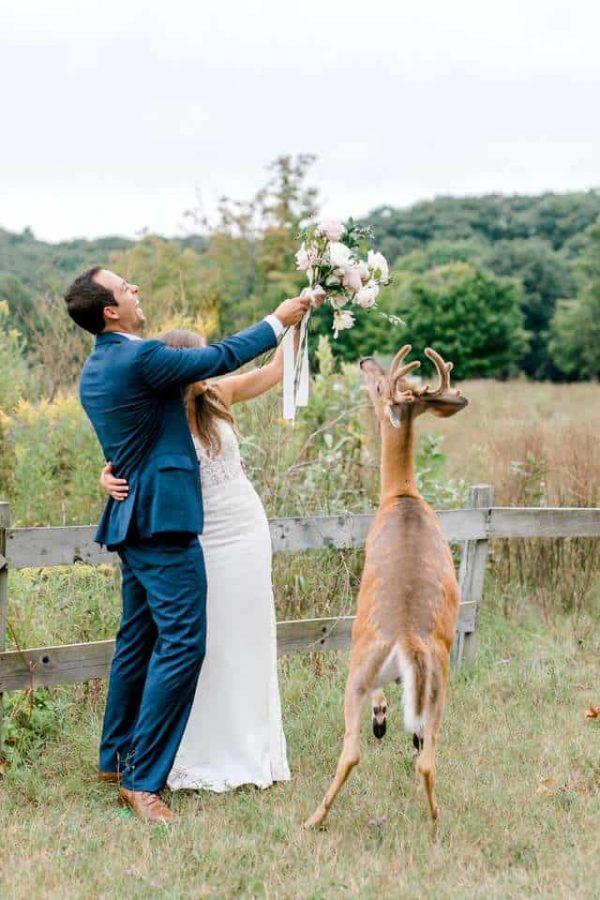 “We walked over this hill and made it to a field where we saw just over a wooden fence was a deer,” said wedding photographer Laurenda Marie Bennett. “As soon as we arrived, the deer looked up and just casually walked over to the bride and groom.”

Though the deer seemed friendly at first, he soon got hungry and proceeded to eat Morgan’s bouquet! 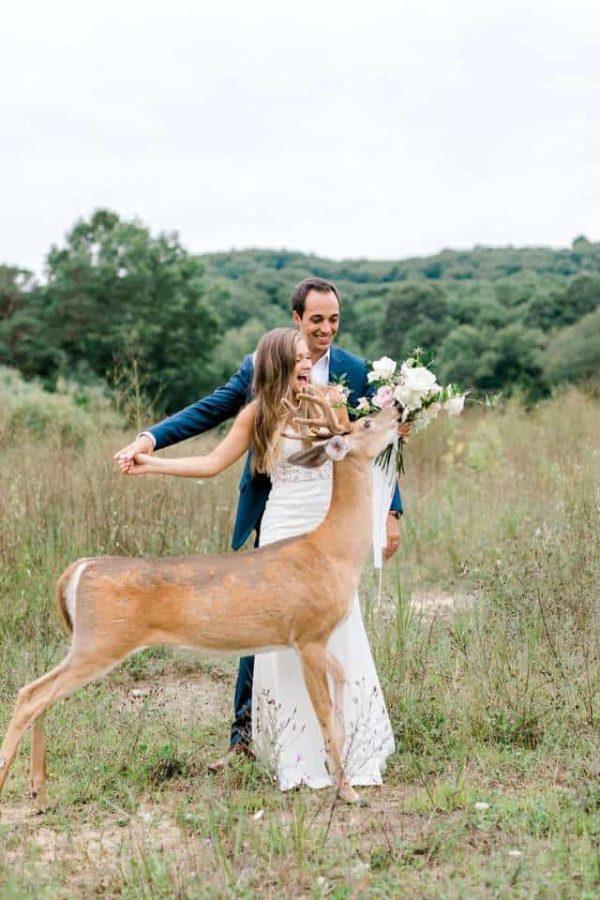 “[He] started reaching his neck over and grabbing flowers from her bouquet and just chewing away,” Laurenda said. “Then he steps over the fence so he’s standing in front of them, and he’s just hanging out eating her bouquet.”

“We were all kind of giggling and looking at each other like, ‘What’s going on? What should we do?’” she added. “Morgan’s expressions were priceless — they just kind of made the photos.” 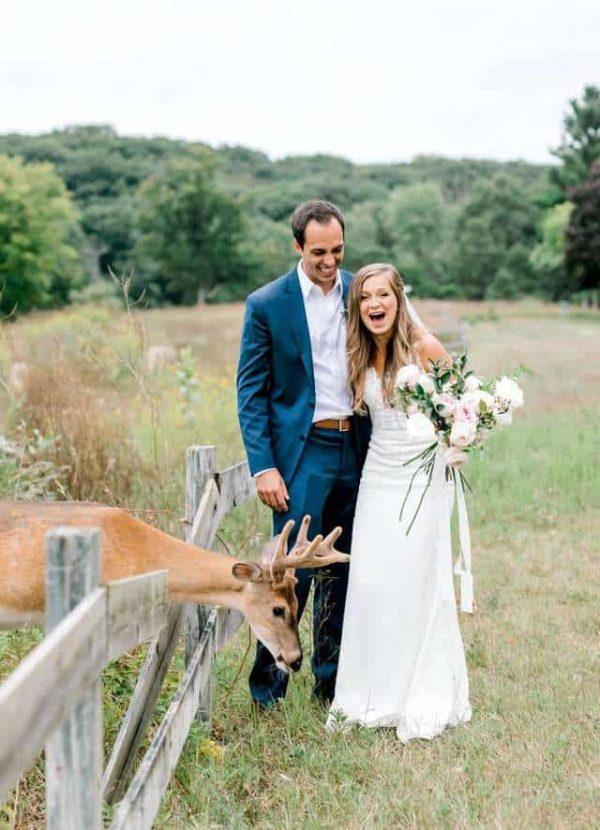 It turns out that this deer has pulled stunts like this before, and is actually a minor celebrity in the area. Eventually, Morgan gave in and gave the deer her bouquet, deciding to borrow a bridesmaid’s for the bouquet toss.

“Never in a million years did I think I’d run into him, especially when photographing a wedding,” Lauren said. “I felt like it was meant to be.”

Find out more about this in the video below!