A chilling letter, a gold watch and a shotgun that belonged to the infamous outlaws Bonnie and Clyde was just sold for $185,000 at auction.

The items were sold at an auction in Boston, where a gold wrist watch recovered from Clyde’s body after he was fatally shot by police in May 1934 sold for the highest price of $112,000. A pump-action shotgun that Clyde had a left at the scene of a shoot-out in which two police officers were killed sold for $68,000. In addition, a letter Bonnie and Clyde wrote to a “coward” gang member who gave himself up also sold for around $25,000. 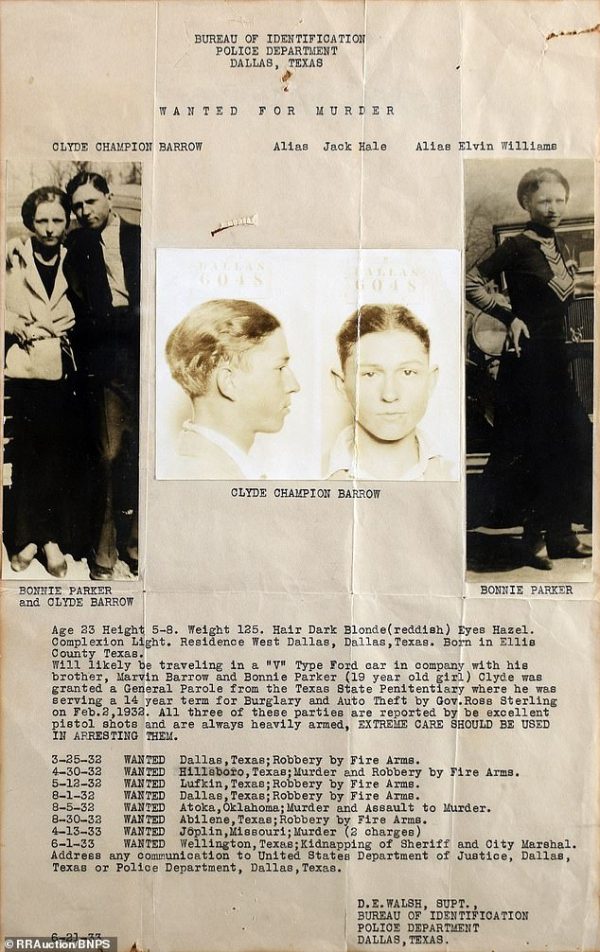 Other items that were sold at the auction included a “Wanted” poster for Bonnie and Clyde, the gang’s torch recovered from the Joplin Missouri shoot-out and a bullet proof vest from Clyde’s 1934 Ford V8 Deluxe “death car.”

In the letter that was sold, Clyde expressed his fury to Raymond Hamilton for allowing himself to be captured by the police rather than going out in a hail of bullets. Clyde explained that he would have killed him himself had he still been at large.

“Due to the fact that you offered no resistance, sympathy is lacking. The most I can do is hope you miss the ‘chair,'” Clyde wrote before foreshadowing his death weeks later by writing, “I know that some day they will get me but it won’t be without resistance.” 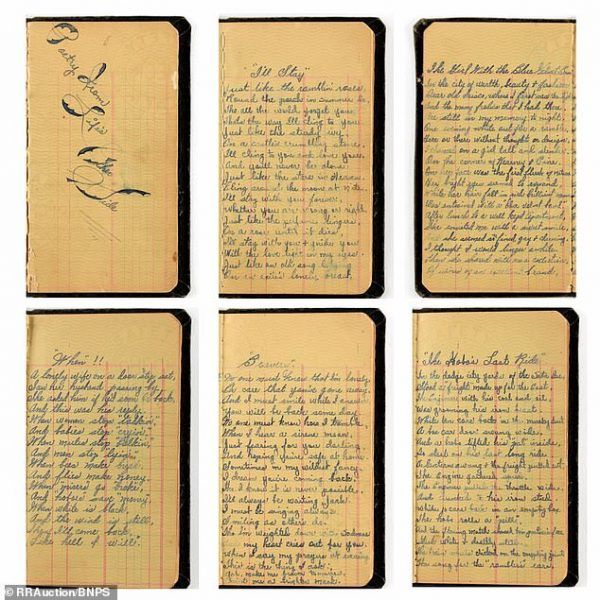 Clyde also called Hamilton a “rat” and a “boastful punk,” who had ‘cowered in the floorboard afraid to take a shot’ during one gunfight.

“You wanted to play ‘big shot’. You only carried your guns around to ‘show off,'” Clyde wrote. “When we got the road ‘blocked’ on us in the Ozarks and you were too ‘yellow’ to fight. You cowered in the floorboard, afraid of being shot. I hope this will serve the purpose of letting you know that you can never expect the least of sympathy or assistance from me. So long.”