Bridesmaid Shows Up To Sister’s Wedding Dressed As T-Rex

Some brides turn into bridezillas when it comes to deciding what their bridesmaids will wear to their wedding, while others take a more laid back approach. One bride decided to take the latter approach and tell her bridesmaids that they could wear whatever they wanted to her wedding, never thinking that one of them would show up dressed as a T-Rex!

Christina Meador, a 38 year-old from Texas, said that it all started out as a joke after her sister Deanna said she could wear whatever she wanted on her wedding day. Christina responded by throwing out some crazy ideas that included a dinosaur costume, but Deanna never thought she would actually do it, so she jokingly said yes. 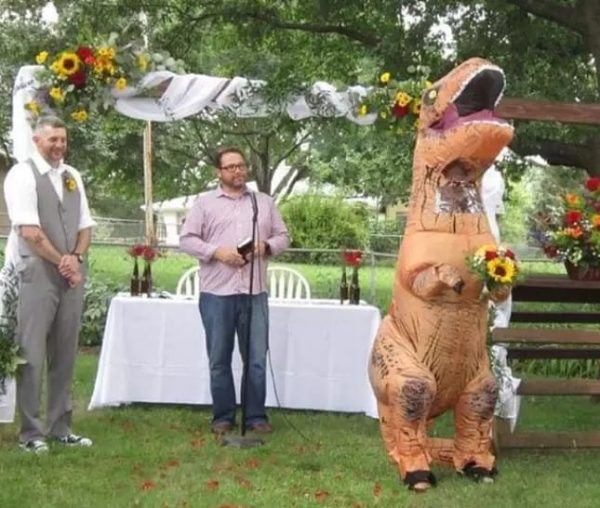 When Christina flew to Nebraska for her sister’s big day, she brought along her dinosaur costume as well as a spare dress just in case. She reminded Deanna repeatedly that she had a dinosaur costume with her, and from there it became a game of “chicken,” with neither sister backing down.

That’s how Christina finally ended up wearing the T-Rex costume to the actual wedding! 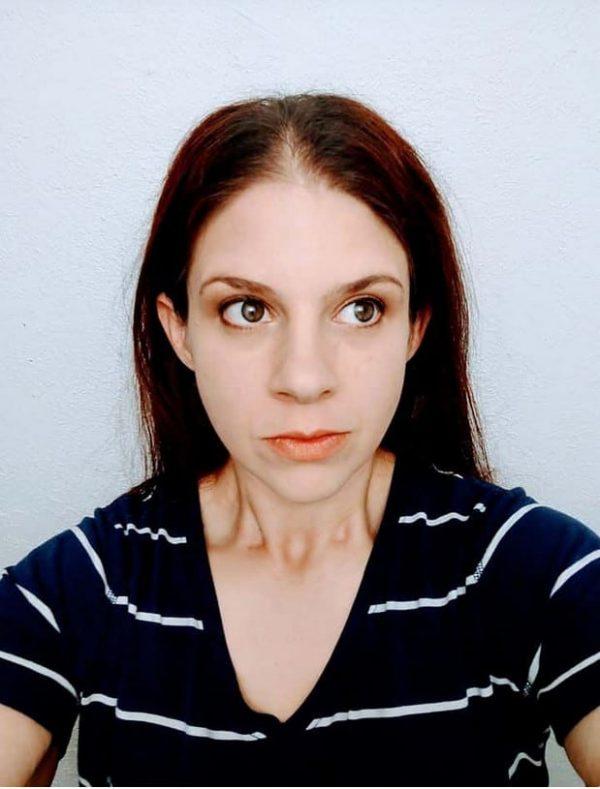 She was stunned when she shared photos of her outfit on social media and they went viral.

“A couple of people asked if they could share it,” said Christina. “And with my sister’s permission I posted it on my Facebook page and allowed the closed group members to share from there – and then it got way bigger than expected. But it’s nice to see that most people get it, and the few who didn’t were at least just showing concern for my sister’s feelings, not knowing her or the situation.” 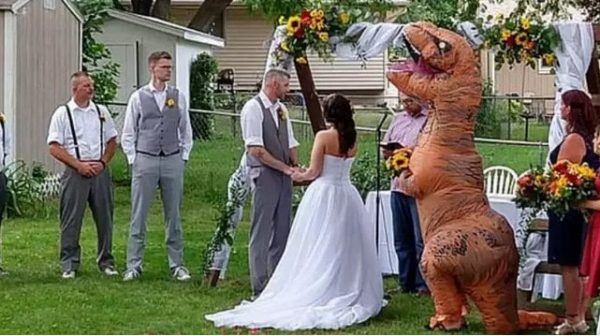 As for Deanna, she absolutely loved the costume. When one internet user branded it a “joke,” Deanna responded by explaining what the real message was.

“It’s not a joke, it’s a giant middle finger at spending thousands of dollars and putting ungodly amounts of pressure on ourselves just to please a bunch of people who, in the end, only want free food and drinks,” she said. “The point was to get married to the man who treats me like I hung the moon, and we did that part.”

What do you think about the costume? Let us know in the comments section.