The 79 year-old great-niece of legendary mobster Al Capone just spoke out to claim that she knows where he stashed his millions, but she also added that her uncle couldn’t tell anyone the exact locations as syphilis treatments left him “insane.”

Deirdre Capone firmly believes that the missing $100 million is out there still stashed in homes, secret underground vaults and containers located all over the place. She said the Chicago crime boss, who she knew as “Uncle Al,” had set the money aside for his family members.

Deirdre, who worked as a businesswoman, said that she spent most of her life searching for the missing cash until she became too poor herself to keep looking. 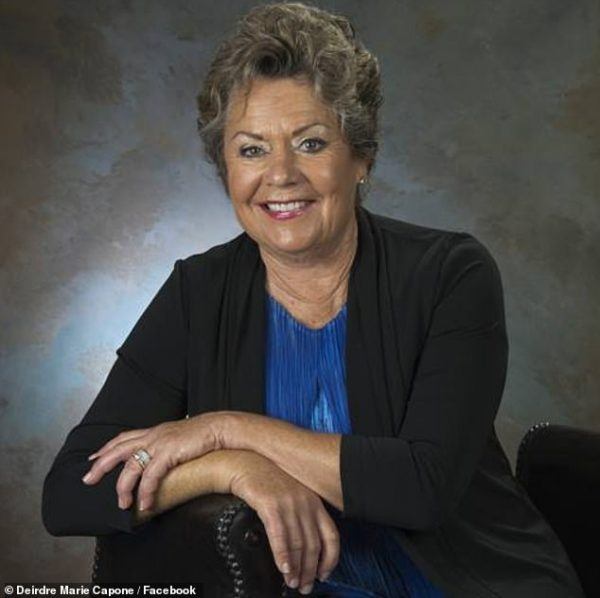 She believes the cash could be hidden in meeting spots in places like Hot Springs, Arkansas, and Moose Jaw, Canada, along with one of the secret properties only she knows of in Wisconsin.

“It is not known that my uncle had property in Wisconsin but I was there, I experienced it many times,” Deirdre said.

She went on to say that much of the cash was held in Cuba, but she insisted her “smart” uncle would have spread the money all over the America.

Capone made money through various illegal operations that included distributing alcohol during the Prohibition era, operating brothels, gambling rings, money laundering and more throughout the 1920s. He was imprisoned in 1932 for tax evasion, and Deirdre said that treatment for syphilis that he received while in custody caused a drastic change in his behavior upon his release.

“That is the first time that you will find any press at all that Al Capone became angry and violent and they had to put him in solitary confinement,” she said. “And it’s because they were injecting my uncle with mercury because they thought mercury could cure syphilis. If you read Alice[‘s Adventures] in Wonderland, you know what mercury does to the human brain. It causes insanity. That’s exactly what happened to my uncle.”

Deirdre explained that her grandfather had given permission for a “new treatment” to be tried on Capone. When he was released in 1939, the family threw a “big party” for him, and it was clear immediately that something was wrong.

Deirdre went on to say that it was this decline in his mental state that left Capone unable to tell the family where the money was stashed before his death in 1947. Today, Deirdre remembers him as a man who would tell hilarious “knock, knock” jokes, taught her to make spaghetti sauce and gave her nuggets of wisdom that she follows to this day.

Deirdre concluded, “I was raised as a Capone and I was raised with the motto: Family is everything, your word is your bond and never let your head get too big for your hat.”