When Tim Tebow turned 32 earlier this month, he only wanted one thing for his birthday. Knowing that he has a huge platform as a former football star and current baseball star, Tebow used his platform to fundraise for a charity that he loves.

Born to missionaries in the Philippines, Tebow has always been open about his Christian faith, and it’s that faith that inspired his birthday generosity.

“My early years were spent in the Philippines where my parents served as missionaries,” Tebow said. “My experiences there and the training from my parents who instilled in me the importance of God’s word, the salvation that we have in His Son Jesus, and the responsibility that we have to give back to others, gave me a desire to make a difference in people’s lives.” 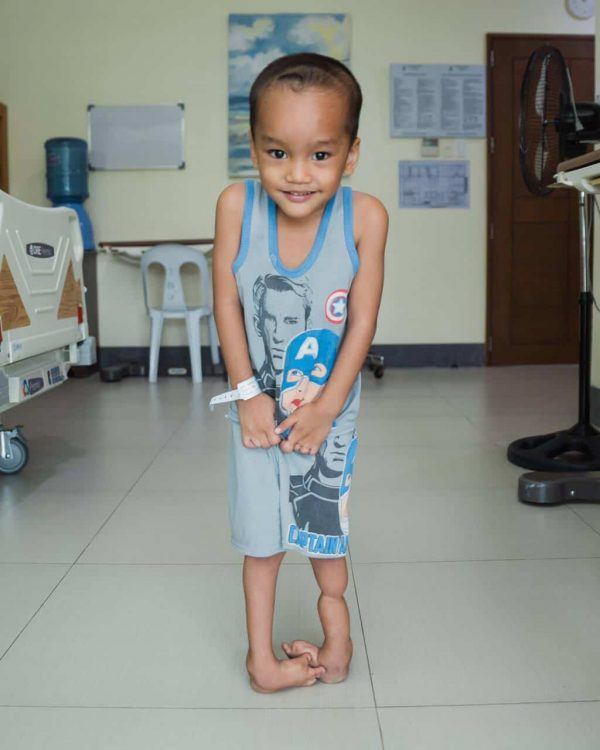 “At the age of 15, I visited a remote village that had never seen visitors,” he said. “There I met a boy named Sherwin who would impact my life more than anyone I have ever met.”

“Sherwin was born with his feet on backwards and was viewed as ‘cursed’ in his village,” Tebow continued. “When the people saw me hold Sherwin, they realized that the good news of Jesus Christ applies to everyone. It was then that my passion grew to help people. That’s why in 2010, I was so excited to create the Tim Tebow Foundation with a mission to bring Faith, Hope and Love to those needing a brighter day in their darkest hour of need.”

For his 32nd birthday, Tebow gave his fans the challenge of raising $150,000 to give 150 children life-changing surgeries. This challenge ended up being more of a success than he ever could have imagined. 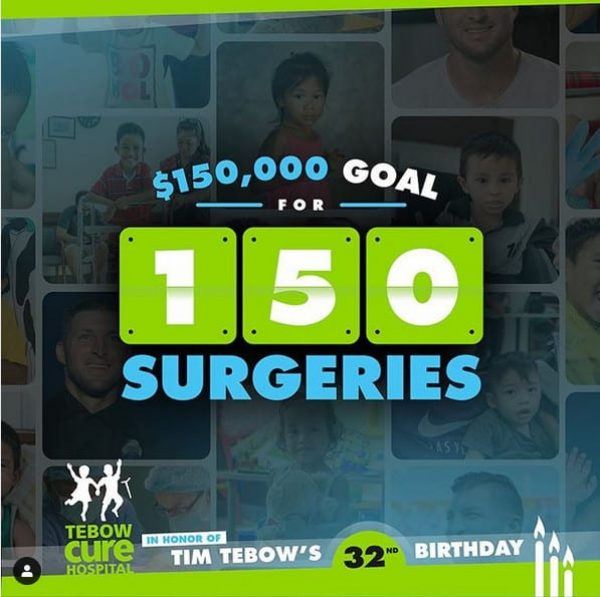 “We [are] still just blown away by the support of Timmy’s 32nd birthday this past week,” Tebow wrote on Facebook. “YOUR support is going to bring healing to more [than] 200 kids! Children that have been mocked, made fun of or seen as outcasts in their community and villages, all because they didn’t receive the medical care they needed, will now have a future filled with Faith, Hope & Love.”