All of us remember the good old days when we were carefree children having water gun fights with our friends. If you ask friends Josh Roth, Zane Robinson, and Hallelujah, however, they’ll tell you that you’re never too old to take part in this activity. That’s why they recently decided to bring the fun of water guns back to their community in Richmond, Virginia. 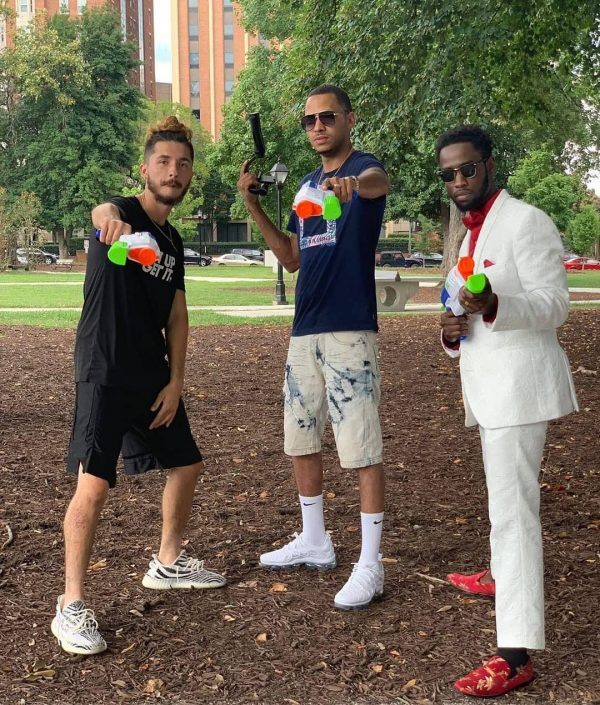 The friends were nervous at first when they took to the streets near Monroe Park on a hot summer day, as they were not sure if anyone would actually take their challenge.

“It was mad hot,” they said. “So we bought 2 water guns, filled them up, and walked up to people & tossed them one…just to see if they were down for a quick water gun fight.” 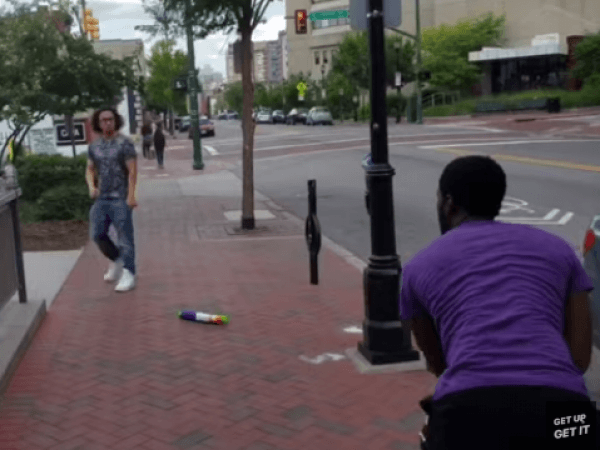 At first, people weren’t very enthusiastic about what they were doing. After a few tries, however, people started getting in on the fun and picking up the water guns when they were tossed them by the friends.

Most of the people the friends encountered could not resist reliving their old childhood memories and getting in on the fun. 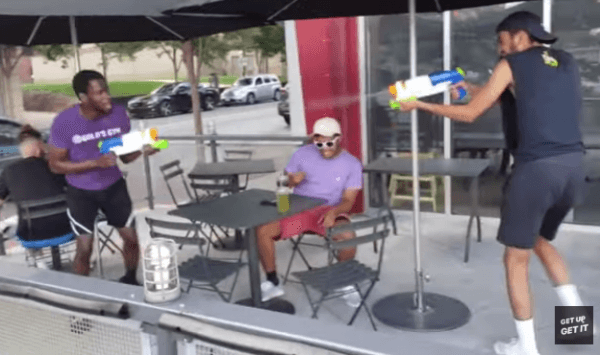 One grown man transformed back into a little boy instantly, throwing up his hands and screaming in victory after beating his opponent.

“Somebody could be going through a horrible day and the next thing you know there’s a water gun in front of them, and they say, ‘You know what… Today, let’s have a water gun fight and let loose for five minutes,’” Josh said. 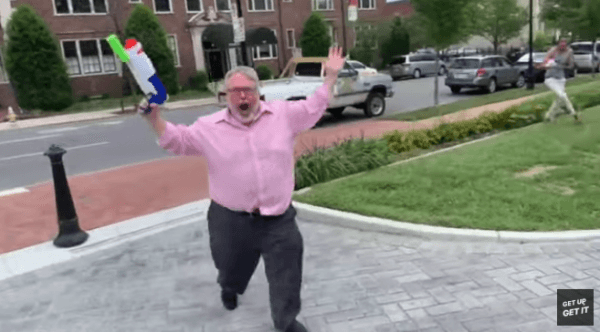 Video of their fun day has since gone viral, with many praising the friends for spreading so much positivity. Check out the video for yourself below!