Rebecca Grace was a worker at McDonald’s when she mustered up the courage to audition for the reality television competition “X-Factor” back in 2017.

When Rebecca stepped in to audition, the judges had just filmed B-roll footage on a virtual horror ride called the “Ghost Train” at the Thorpe Park Resort located in Surrey, United Kingdom.

“I am so nervous,” Rebecca said as she walked in.

“I’ve been like that all day,” replied judge Simon Cowell.

At 20 years of age, this was the first time Rebecca had ever sang in front of anyone. However, she explained that singing was her passion and that fast food was not a career she wanted to stay in.

“So this is not what you planned, singing is your passion, yeah?” Simon asked as they talked about her career.

Then Rebecca revealed that she planned to perform Kelly Clarkson’s “Piece by Piece,” a notoriously difficult song to sing. Making this even tougher was the fact that Simon was a judge on the first season of “American Idol,” which Kelly won, shooting her to stardom. Would Rebecca be able to do the song justice?

As soon as she started to sing, it became clear that the song perfectly suited Rebecca’s voice. 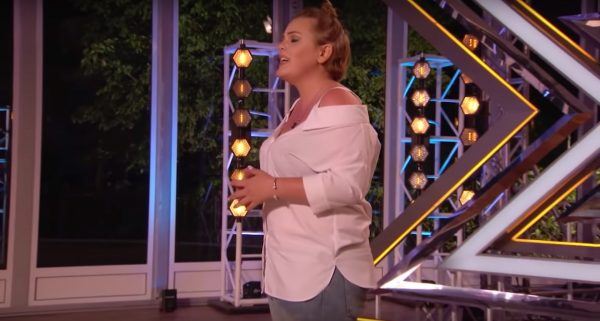 The judges were completely blown away by Rebecca’s performance. As soon as it ended, they burst into applause for her. It was clear that she had completely nailed the song! 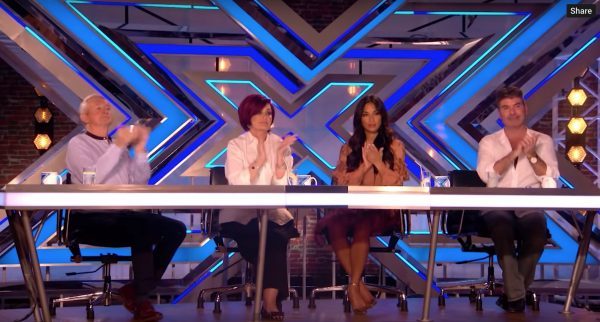 “Rebecca, that was the perfect song for your voice and you sung it effortlessly because it is a very emotional song,” said judge Louie Walsh. “It is a huge song and you just did it. Do you not realize how good you are?”

Rebecca became emotional as she talked about how nervous she had been going into the audition.

“What’s all the nerves about? I really like you… And I don’t know why, but I’ve never listened to the lyrics that way I just listened to it with you,” Simon said to her. 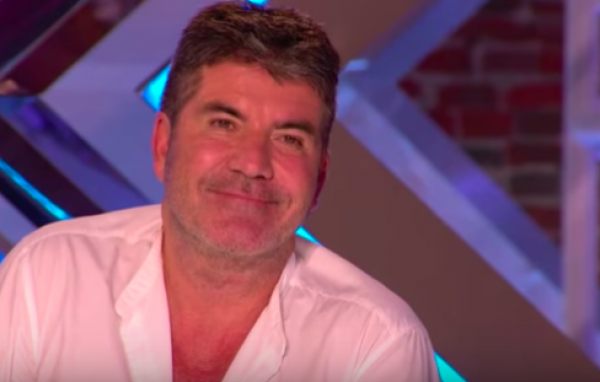 “I’m going to remember you, Rebecca. There’s something about you I really like,” Simon added.

Check out her audition for yourself below.