Chad Morris was recently on vacation in Gatlinburg, Tennessee when he returned to his car, only to get the shock of his life.

When Chad heard his parents screaming for him to come outside to where his car was parked, he never could have imagined that he had been carjacked by a family of bears! Imagine when he got outside and found himself face-to-face with a mama bear, who was watching her three cubs play inside his car. 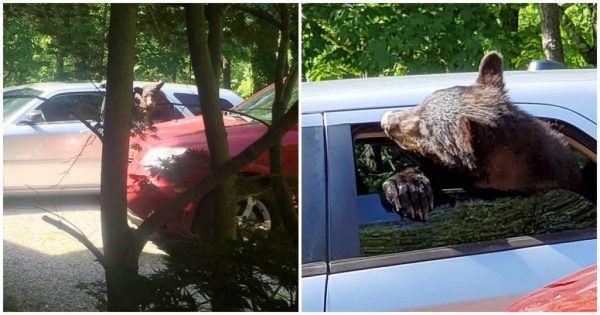 The cubs seemed to be having a blast as their mother lurked nearby, making sure nobody would disturb them. The cubs were doing things like leaning out the car’s windows, playing in the driver’s seat, fooling around with the car’s contents and even climbing on the car roof. The bears were aware that Chad and his parents were watching, but they did not seem to care!

“As soon as I saw them they were walking up to my car and the three cubs hopped in,” he said. “They saw us standing around taking pictures, but they never bothered us.”

Finally, when they had explored all the ins-and-outs of the car, the bears got bored and got out of it. However, they were not done with their playtime, as they began trying to explore Chad’s parents’ car, which was parked next to his. 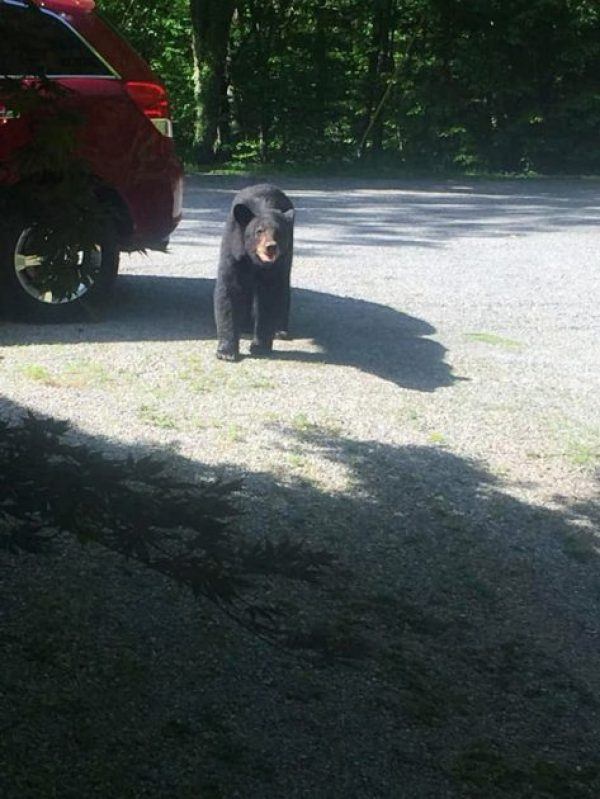 “After they had crawled out of the windows, two of them stood up next to my mom and dad’s car, but their windows were up,” Chad said. “After five more minutes of walking around the cars, they went back down the mountain together, off in the woods.”

Note to self: always put the car windows up when in Gatlinburg!

When the bears were finally gone, Chad went over to his car to assess the damage. Surprisingly, the car was actually in pretty good condition.

“They tore a chunk out of the leather on the driver’s seat by the headrest, and left scratches in a few spots on the interior,” Chad said. “One bit down into my protein shake top, and my son’s football has claw marks on it.”