Alzheimer’s is a devastating disease that affects millions of people all over the world, robbing them of their mental capabilities. While this is obviously difficult for the sufferers, it is also very painful for their families, who often have to watch their loved ones forget who they even are.

In the video below, you’ll see a son perform a beautiful tribute to his father, who was still in the early stages of the disease at the time. The son was determined to perform the tribute while his father still knew who he was, as both of them knew that the disease would only get worse.

Making the video even more emotional is the fact that it was set to “While He Still Knows Who I Am,” a Kenny Chesney song that is about a son losing a loved one to the disease.

“In November 2011, my father was diagnosed with Alzheimer’s. That day forward, I determined he’d never forget me…or I him,” the son explains at the beginning of the video.

The video proceeds to show the son lip-syncing the words to the song as he drives with his dad. It’s a simple video, yet it will hit home for anyone who has lost a loved one to Alzheimer’s.

“I only knew him as my father,
I’m gonna get to know the man
I’m going back to see him
While he still knows
Who I am. 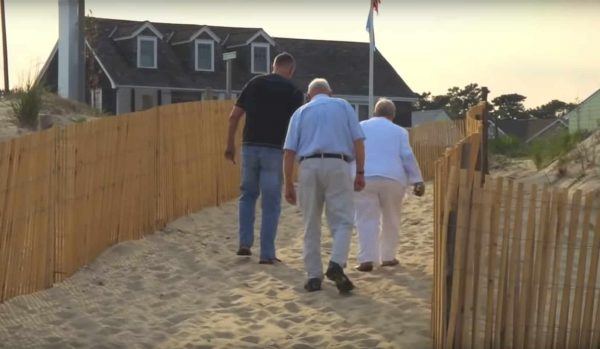 Sadly, the son left a comment on the video three years later that his dad had passed away.

“It’s with deepest regrets,” he wrote. “That I share that I buried my father this past weekend with Navy honors. He was the inspiration for this video I created and will forever be missed.”

Check out the emotional video below.