Any dog owner knows that every canine has their own personality. While some dogs are shy or angry, others are just happy to be with owners who love them. That’s exactly the type of dog that a rescue dog named Stanley is.

Stanley loves being around humans constantly, and when volunteer dog walker Sam Clarence first saw him, it was love at first sight. Sam knew that Stanley would never make it in a foster home, as he would become what is known as “foster tail.” 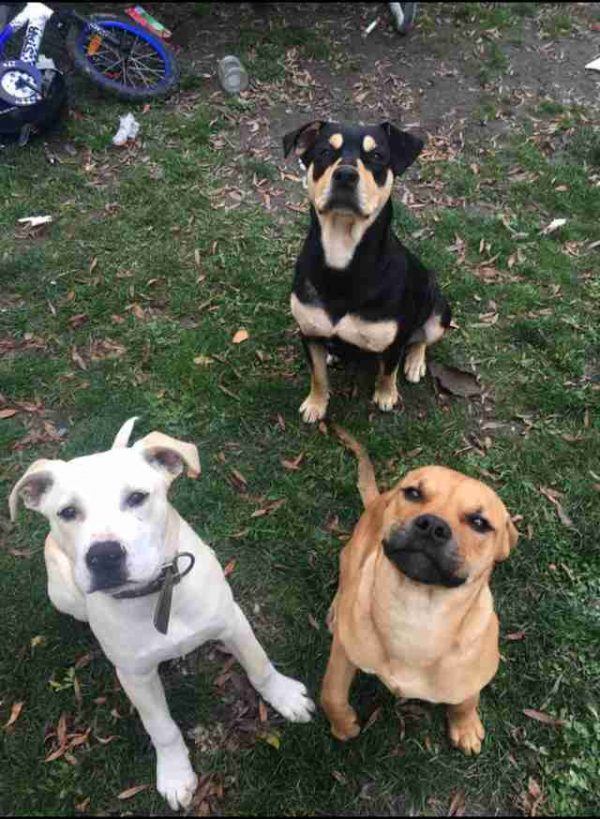 Sam also knew that he would be the perfect foster father for him, so he decided to take him in. Since Stanley has had a rough life, he was a bit nervous at first, but he soon warmed up to his foster dad.

Finally, Sam decided to permanently adopt Stanley because he could not bear the thought of ever being without him. As they drove home, Stanley held Sam’s hand the entire time, showing how grateful he was to finally have a forever home. 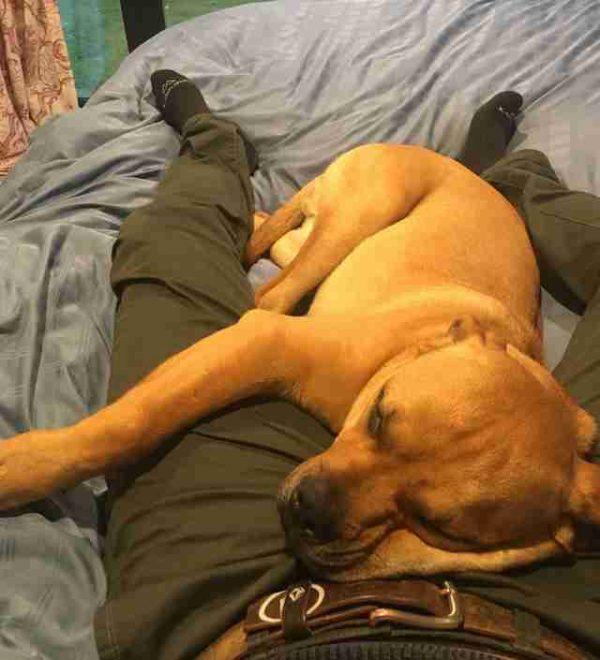 These days, Sam and Stanley are virtually inseparable, and the dog wants to be touching his human owner at all times. Sam gives Stanley all of the love he has, and he is rewarded with a beautiful partnership in return. 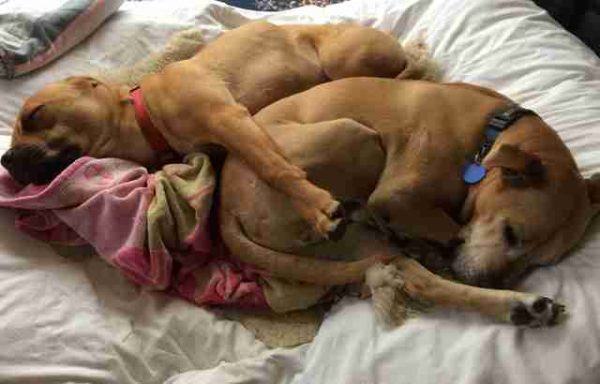 This serves as a reminder of just how rewarding a friendship with a dog can be. They are known as man’s best friend for a reason because they really do give people all of the love in the world.