Prince Harry and Meghan Markle have been making headlines lately for taking many extravagant vacations around the world on private jets. This week, however, the royals took a break from their jet-setting lifestyle to enjoy a £15 Sunday Roast at a village pub.

The royal couple was spotted having dinner at the Rose & Crown in Winkfield, Berkshire on Sunday. There, Harry had a few pints of beer with their meal while Meghan stuck with water as their bodyguards kept watch over them. Their four month-old baby Archie also joined them for their meal. 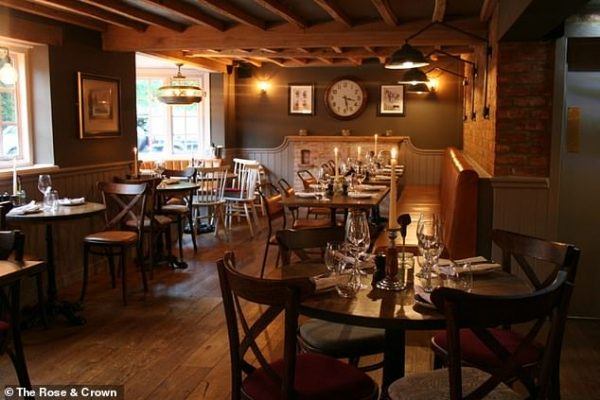 “They were on a table with, I presume, a private secretary,” said a businessman who saw them there. “Meghan was cradling Archie most of the time. The little lad was as good as gold, I didn’t hear him cry once while he was there. No other customers recognised them. The staff clearly knew who they were but kept the service low-key.”

The Rose & Crown is known for it’s “legendary” Sunday roast, which includes chicken, pork, beef or a nut roast.

This comes after Harry and Meghan were accused of being hypocrites for taking four gas-guzzling trips on private jets in just 11 days even though they regularly lecture the world about the importance of saving the environment. Earlier this month, they flew from London to Ibiza and back before making a return trip to Nice, producing seven times more carbon per passenger than a regular commercial flight.

Elton John spoke out after they were criticized to say that the flights to and from the French Riviera last week were carbon neutral, since the couple made an “appropriate contribution” to a carbon footprint fund.